A History of Guerlain Fragrance Noses 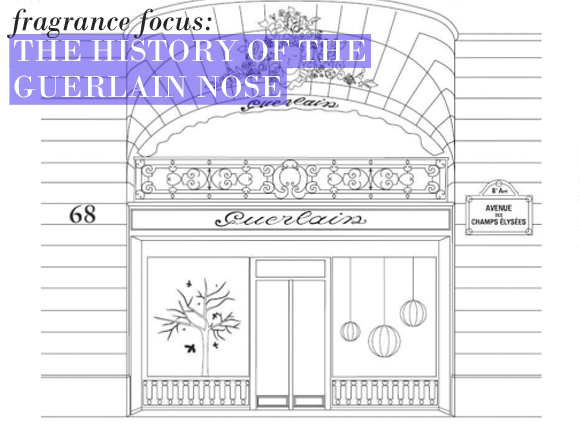 In over 180 years of Guerlain history, there have been just five great perfumers. These distinct personalities have moulded the dynastic Guerlain fragrance range with their eclectic talents, assuring the house a prominent place in the perfume history books.

Here we discover more about the Guerlain noses, a formidable group with some very famous compositions under their belts… 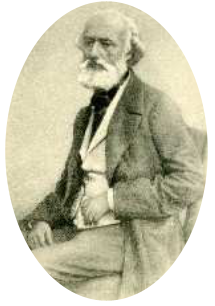 The Guerlain story begins with Pierre-François-Pascal Guerlain, who opened his first shop in 1828.

In the 1830s, the fashion was for light, fresh, floral scents. Pierre-François-Pascal took this inspiration and started to add personal touches to his compositions: some illustrated a particular space and feel, others an emotion. He would go on to design scents for prominent figures in society, and by 1842, Guerlain was the purveyor of perfumes to all the courts of Europe. Queen Victoria, the Queen of Hungary and even the Tsar of all Russia awarded him their patronage.

In 1853, Pierre-François-Pascal Guerlain was appointed Official Supplier to the Empress Eugenie, for the brilliant Eau de Cologne Impériale which he designed exclusively for her. Pierre-François-Pascal commissioned his glassmakers, Pochet & Du Courval, to design the now emblematic bee bottle for the occasion.

Pierre-François-Pascal continued to create perfumes throughout his life. On his death in 1864, his eldest son Aimé took over as the chief nose. 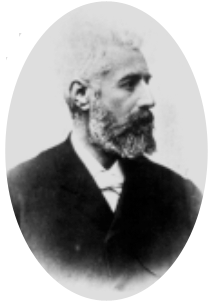 By the time Aimé Guerlain took up the reigns of perfumer, there was a new trend sweeping through the arts, and perfumery was no exception. Far off, exotic places were capturing the imagination of fragrance aesthetes, and this encouraged Aimé to create compositions with an international flavour, and give free rein to his imagination and talent.

In 1889 came a fragrance that broke completely with the conventions of perfumery, earning its creator a place in the history books: Jicky. Initially misunderstood women who did not understand the modern, abstract scent, it was instead adopted by men. Jicky was an important development in the history of perfume-making because it included synthetic materials for the first time.

This magnificent blend of synthetic and natural notes opened the door to a new, richer and bolder breed of perfume. 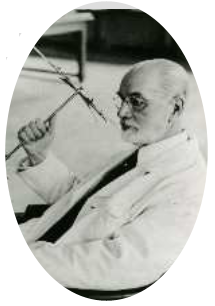 A true designer constantly on the lookout for new ideas, Jacques fed his imagination with everything around him and drawing from the arts – music, literature and painting. For example, he created Après L’Ondée in 1906, a fragrance that conveys in scent Impressionist paintings. One evening in 1912, he recreated the witching hour with L’Heure Bleue. These were followed by Mitsouko in 1919, named after the heroine of a novel by Claude Farrère, La Bataille, and Vol de Nuit in 1933, a tribute to the book by Antoine de Saint-Exupéry.

Jacques, curious and intuitive like all the Guerlains, was interested in the new synthetic molecules that appeared in the 1920s.  In 1925, Shalimar paved the way for the great orientals, thanks to the inclusion of ethyl-vanillin which intensified the natural vanilla scent.

Jacques was still composing fragrances to a great age and devoted the latter years of his life to training his grandson, Jean-Paul. He took him under his wing in 1955 and made of him a worthy successor. 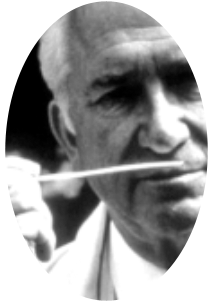 In the winter of 1955, less than a year after beginning his apprenticeship, Jean-Paul Guerlain managed to bluff his grandfather by recreating the exact scent of a daffodil.

The first fragrance Jean-Paul alone created, in 1959, was also an ode to a raw material: the simply-named Vetiver. For the mother of his son he composed Chant d’Arômes in 1962, a delicate bouquet of honeysuckle, gardenia, jasmine and ylang-ylang. Fascinated by the beauty of Catherine Deneuve in the film Benjamin, in 1979 he dedicated the sumptuous rose-based Nahema to her. As a tribute to all women, he also created Chamade in 1969 and Jardins de Bagatelle in 1983.

With Samsara (1989), an audacious woody composition dominated by majestic sandalwood notes, he won the heart of the love of his life. He had met her at an equestrian event, for horse riding is another of Jean-Paul’s passions. An outstanding rider, he was inspired by the equestrian world to create Habit Rouge, in 1965.

In 2002 Jean-Paul Guerlain decided to devote himself more to his interests and his family, and for the first time the title of the Guerlain nose was handed over to someone not of Guerlain lineage. 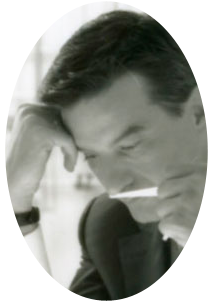 Following in these inspirational footsteps is current Guerlain nose Thierry Wasser, who approaches perfume creation with the same passion, attention to detail, and creative spirit as his predecessors. Wasser continues their quest for the highest level of raw materials and stays true to the house motto: ‘never compromise on quality’.

Though not of the Guerlain family, Thierry Wasser’s appointment as perfumer upholds Guerlain’s philosophy of entrusting its fragrance creations to an in-house nose, a tradition that has lasted over 180 years. His devotion and loyalty to the values of the Guerlain house; to the unequalled quality of its fragrances and to future development, are a credit to the role he has inherited from Jean-Paul Guerlain. His compositions, which include Idylle and Guerlain Homme,  bring a modern influence to the house lineage and show his mastering of the language of Guerlain.

Discover our entire range of Guerlain fragrance, a collection that spans from 1853’s Eau Imperiale to 2011’s Shalimar Parfum Initial.

This entry was posted on Wednesday, April 18th, 2012 at 10:04 am and is filed under Fragrance, Spotlight On. You can follow any responses to this entry through the RSS 2.0 feed. You can skip to the end and leave a response. Pinging is currently not allowed.

@escentual Looking to upgrade your skincare routine? If so, you might just want to try your luck with our @clarins_uk Super Re… https://t.co/8k5DDp4orI
13 hours, 24 minutes ago • reply • retweet • favourite

@escentual Wondering which fragrances made it into June's #EscentualScent Perfume Trial? Or keen to learn even more about the… https://t.co/s4aO21XNRf
20 hours, 24 minutes ago • reply • retweet • favourite