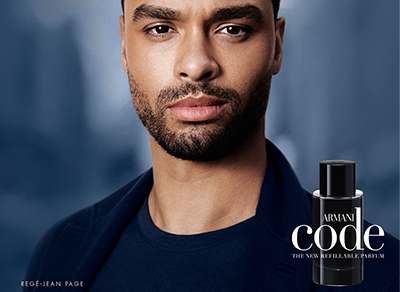 The name Giorgio Armani is synonymous with timeless style and modern luxury.

With the worlds of couture, fragrance, ready-to-wear and accessories under his belt, Giorgio Armani has built up a veritable fashion empire in the 35 years since the inception of his brand.

The Giorgio Armani look is as sophisticated as the man himself, with clean and sleek lines, and an emphasis upon the sensuous curvature of the body.

Born in Italy, Giorgio Armani originally started his professional life as a military doctor. After a change of heart he found his calling in the fashion industry, initially as a department store worker and later as a designer. In 1975 Giorgio Armani founded his very own fashion house, producing luxury ready-to-wear goods in a manufacturing rather than a couture environment, a move that would characterise the house.

Giorgio Armani has maintained a longstanding relationship with the worlds of film and sport, from dressing Olympics and football teams to providing the designs for Hollywood blockbusters. His close collaboration with his clients makes Giorgio Armani a well respected figure in the world of fashion, and an enduring icon.

The Giorgio Armani range of fragrances is one of his greatest successes. From the legendary Acqua di Gio and Armani Code scents to the newer Diamonds and Attitude, each is an expression of that same timeless elegance and prestige that has marked Giorgio Armani as the most prolific Italian designer.