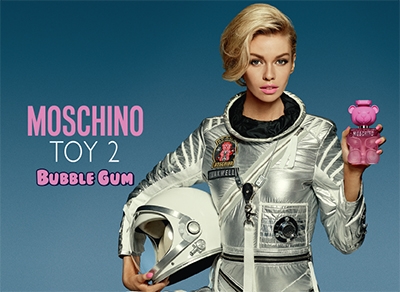 Purveyor of the provocative and connoisseur of the kitsch, Moschino has been defying expectations for years with their range of charming and quirky designs.

In utilising wit and social awareness, Moschino designs are as much a part of pop culture as they are an integral part of fashion culture, corroborating the two to create their signature style.

Moschino's first fragrance hit the market in 1987, its juice an explosion of depth and femininity. An instant classic, that first success paved the way for a perfume legacy that has included iconic fragrances for both men and women. With names as subversive as its clothing collection, including Funny, Friends, I Love Love and Cheap and Chic, Moschino fragrances are an olfactory interpretation of Franco Moschino's spirit and provocative nature.

Moschino is the brainchild of Franco Moschino who, after studying Fine Arts in the hopes of becoming a painter, became an illustrator for Gianni Versace. He launched his own line Moschino Couture! in 1983, following years of designing for other Italian labels. The popularity of his designs stemmed from their divergence to the norm: Moschino poked fun at the fashion industry by deconstructing fashion staples with garish trimmings and subversive detailing.

Moschino used everyday objects in his designs. Quilted jackets were decorated with bottle tops, and plastic fried eggs made up the hemlines of skirts. After Franco Moschino died of a heart attack in 1994, Rossella Jardini was appointed as Creative Director of the brand, carrying on its philosophy of parody and stereotype.

Moschino's success in its home country of Italy is unprecedented, and includes the recent opening of the Maison Moschino hotel in Milan. Every space is decorated in typical, idiosyncratic Moschino fashion, and attracts many visitors simply to experience the life size art in each room. Brand fans include Gwyneth Paltrow, Michelle Obama, Nicole Richie and Jessica Alba, all snapped wearing Moschino's cool, quirky and attention-grabbing designs.