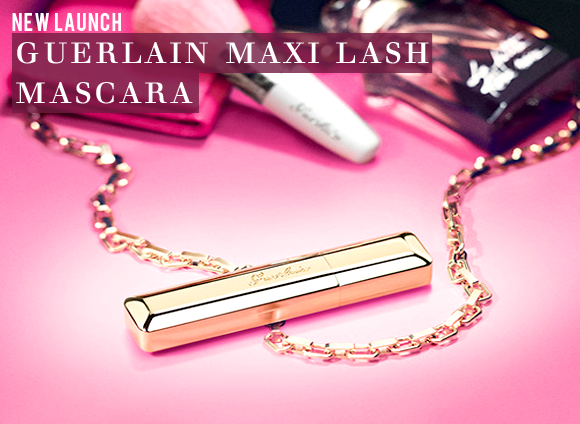 The star of the Guerlain spring collection is the Guerlain Maxi Lash Mascara, a formula that promises masses of volume and curl with just a twist and a roll of its densely bristled wand. The formula is Guerlain’s most advanced yet – a triple polymer affair made up of oils and waxes that shape and sculpt the lashes to a dramatic degree. 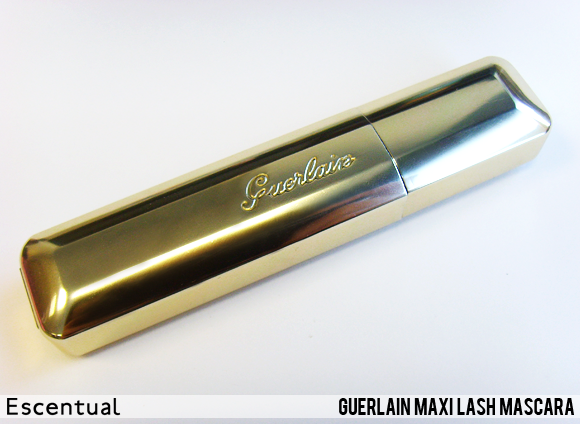 The design of the Maxi Lash Mascara is a scaled back in comparison to Le 2 and and Noir G, and feels much lighter. The finish is still luxurious, with an art deco feel reminiscent of some other, newer, Guerlain products (Ecrin 4 Palette, Rouge Automatique). 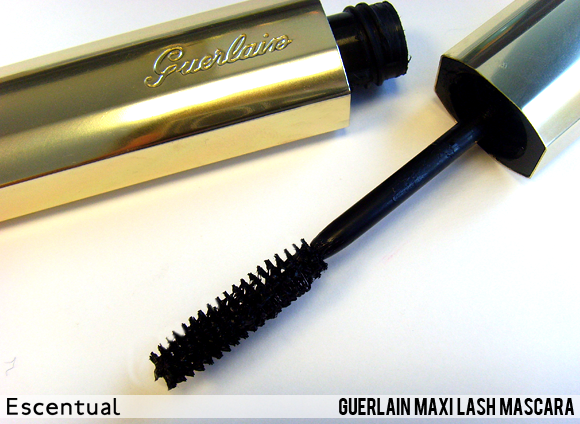 Though it is smaller and lighter, the formula more than stands up to its predecessors. Where Noir G provides a sooty, romantic fringe of lashes and Le 2 is great for everyday lengthening and volumising, Maxi Lash is all about drama. The triple polymer formula first thickens with oils, then conditions and shapes, and finally sets the curl with a thin film. It’s a great, buildable formula – just remember to comb the lashes between applications to avoid clumps!

The ease of application is all down to the hollow fibres of the brush. This dispenses the mascara evenly, while the twisted design and mix of short and long bristles add texture and make it easy to build up the intensity of your lash look. It’s such a versatile mascara, and a great choice for those looking for something that will easily take them from day to night.

Want to make the most of your new mascara? Take a look at these cute videos from Guerlain below:

This is the first mascara I have ever bought after trying a sample. It is lush and velvety, great density of colour yet it doesn't clog the lashes. I have a sad stubble rather than eyelashes to flutter but with this I really did have lashes to enhance my eyes

This entry was posted on Wednesday, January 16th, 2013 at 9:00 am and is filed under Make-up, New products, Swatches, Tried & Tested. You can follow any responses to this entry through the RSS 2.0 feed. You can skip to the end and leave a response. Pinging is currently not allowed.

@escentual Are you desperate to try @DermalogicaUK but unsure what range is best for you? Our latest edit is here to help:… https://t.co/c1Yf0v7PGq
1 hour, 58 minutes ago • reply • retweet • favourite

@escentual Name a better feeling than unboxing new beauty. 🥰 Click for 20% off RRP on all of your saved items:… https://t.co/qXklvLgOFo
15 hours, 58 minutes ago • reply • retweet • favourite

@escentual Do you worry about applying sunscreen to your children correctly?
1 day, 22 hours ago • reply • retweet • favourite