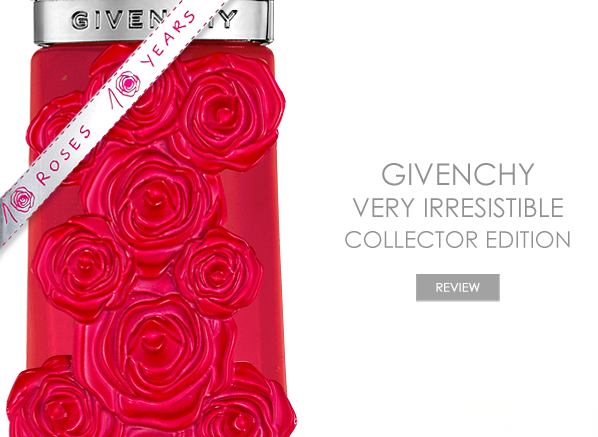 It’s been 10 years since the launch of Givenchy’s pillar fragrance for women, Very Irresistible. I can hardly believe it’s been that long, can you? I remember how obsessed I was back when Liv Tyler was revealed as the insouciant Very Irresistible girl. She so wholly embodied its elegant-yet-cheeky character that I just had to have it.

Fast forward a decade and the scent is still very much a staple in my little (read, way too large) fragrance collection. To celebrate its 10th birthday, Givenchy is treating its fans with three exciting new developments. Firstly, the fragrance collection – the Eau de Toilette, the Eau de Parfum and L’Intense – will remain just the same in terms of composition, but they will have sleek new packaging. Secondly, the gorgeous Amanda Seyfried has been announced as the new Very Irresistible ambassador complete with a suitably chic advert:

Amanda Seyfried as the new face of Givenchy Very Irresistible

The final birthday gift from Givenchy is a new, limited edition fragrance: the Givenchy Very Irresistible Collector Edition Eau de Parfum, an opulent floral bouquet made up of 10 of the most prized roses in perfumery. Together, they create a really pretty ode to the original Eau de Toilette, though where the original was a light and energising version of the rose, this new fragrance is sublimated with richer notes. It’s not quite as creamy as the Eau de Parfum, or as deep and heady as L’Intense. Rather, it’s a colourful rose fragrance with a touch of opulence – it’s the couture to the  Eau de Toilette’s ready to wear. 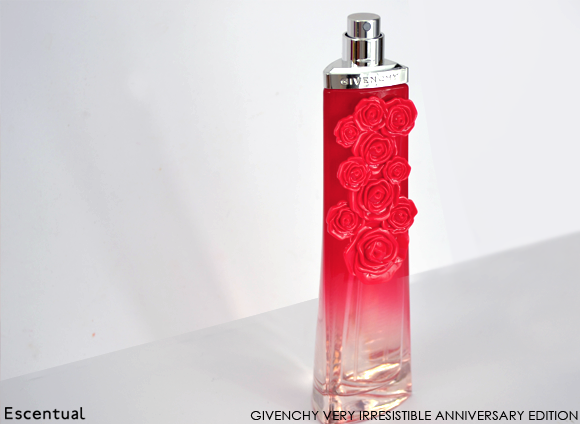 The roses in the juice range from majestic Moroccan and Turkish Damask Rose Absolutes, to a heated Living Rose Anise and a jovial Peony Rose Accord. You may be thinking that there a lot of roses going on here, and you’d be right, but they come together pretty beautifully to give the impression of a serene garden of plush blooms rather than a jumble of competing personalities. It’s very cleverly done. 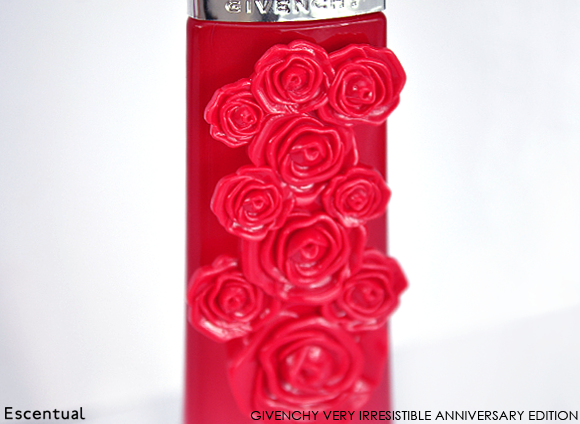 Plus, just look at the lovely detail of the bottle. You know when you want to love a fragrance before sniffing it just because you’re convinced that you need to have that bottle sat on your dressing table? That’s entirely the case for me here. The statuesque, twisted design of the Very Irresistible bottle has been coloured in blushing magenta tones and finished with a cascade of 10 roses, like an appliquéd couture dress. It’s a shame it’s limited edition, but it wouldn’t be a special collector’s edition if it wasn’t, hey?

Are intrigued by the Very Irresistible Collector’s Edition? What do you think about the new ambassador, Amanda Seyfried?

This entry was posted on Thursday, August 29th, 2013 at 9:00 am and is filed under Fragrance, New products, Spotlight On, Tried & Tested. You can follow any responses to this entry through the RSS 2.0 feed. You can skip to the end and leave a response. Pinging is currently not allowed.

@escentual Looking to upgrade your skincare routine? If so, you might just want to try your luck with our @clarins_uk Super Re… https://t.co/8k5DDp4orI
3 days, 20 minutes ago • reply • retweet • favourite