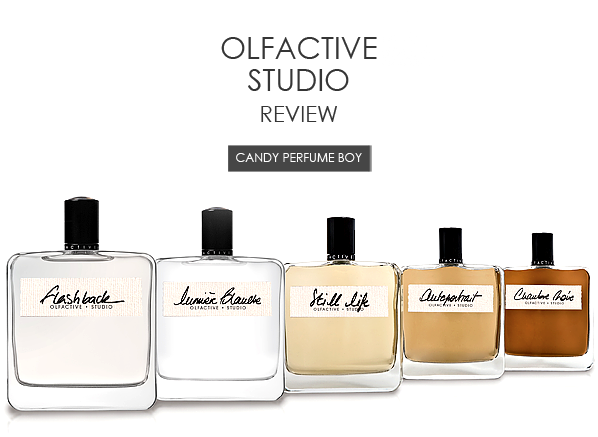 There is remarkably no language to describe smell and when writing about perfume one often finds oneself conjuring up imagery to accurately portray the spirit or themes of a fragrance. It therefore stands to reason that the merging of photography and perfume would be an interesting one and thanks to the clever people at Olfactive Studio these two worlds collide with great success.

The Olfactive Studio line of perfumes is new to Escentual and takes its inspiration from photography – from both still images and photography techniques. The result is a small series of handsome masculine fragrances that portray the multiple facets of the modern man in both familiar and surprising ways. 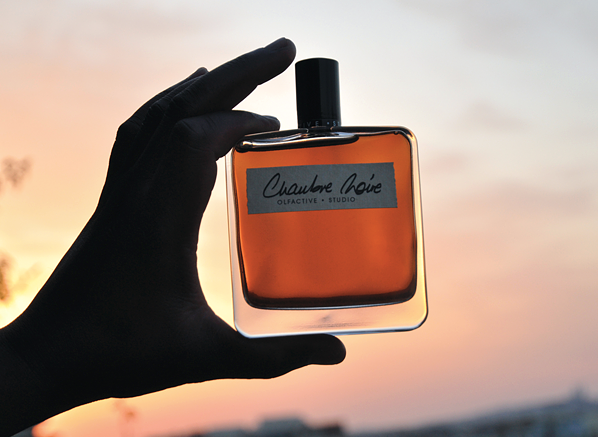 “Chambre Noire is the scent of a private moment in a realm of intimacy. A lover’s ritual focused on the patience and attention of creating something enchanting; for in both the darkroom and the hotel room, shadows are promises.”

Chambre Noire appears as a fragrance of two halves. On the one hand it is a warm and woody gourmand with deep resinous and incense notes, whereas on the other it is an unsettling and slippery floral that has an off-kilter feel.

These two disparate parts rub up against each other causing an exciting friction where harmony is boring and discord is edgy, fun and more than just a little bit sexy. In Chambre Noire the two lovers are locked together in the dark room, bathed in the warmth of red light, eyes transfixed on the other in one electric moment. 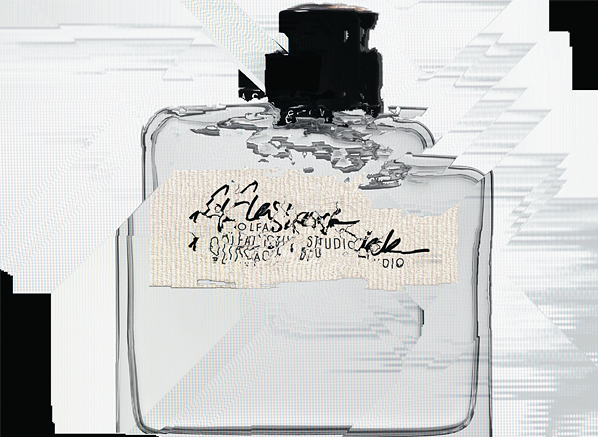 “In photography, the flash back is a highly expressive aesthetic. It is memory in motion and in action, evoking a distant memory or a feeling that becomes corporeal. Enlivened by the joy of emotion, flash backs are a desirable material – a digital magnificence that is both of this world and not.”

The Olfactive Studio perfumes play not only with imagery but also with texture. In the case of Flash Back the feel is that of a fuzzy, furry gauze of offbeat citrus. It’s all very tart with rhubarb and orange in the opening and for a long while it very much follows the same trajectory as Hermès’ fantastic Terre d’Hermès.

As Flash Back dries down the similarities with the Hermès diverge with the former taking a much more astringent, ginger-led path into a base of vetiver and musk. The vetiver has a lively quality to it, a feeling that wasn’t immediately present from the outset.

Flash back is a quietly confident masculine that speaks of a cool, calm and collected guy who has a desire to smell interesting, active and aloof. 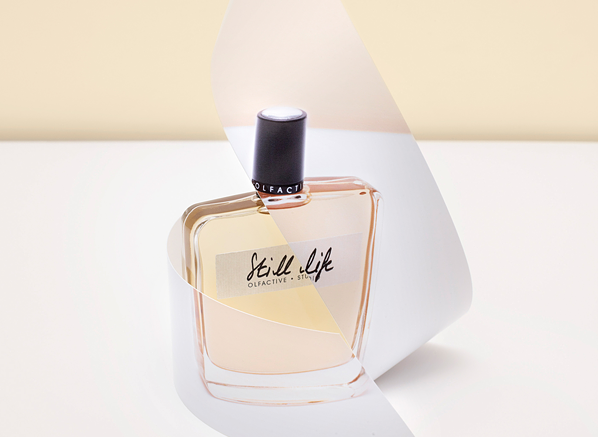 “The fragrance portrays a suspended moment of time; a golden bubble of utter happiness and celebration. Like a photograph it freezes life in order to better prolong it, always to be revisited and enjoyed for a feeling of instant satisfaction.”

Perfume, much like photography is the perfect vessel for capturing a moment in time and preserving it forever. All one needs to do is uncork a bottle of a favourite scent and one is transported to a forgotten place and time to relive fond memories. For still life, the image of citrus soaked skin on the beach is locked in a fragrance that is both vibrant and mouth watering.

The dewy and sun-kissed notes of lime and yuzu are supported by a wealth of woods and amber-like materials that amp up both their strength and longevity, making for an easy-going and likeable fragrance.

Still Life taps into similar territory as the minty mojito marvel of Guerlain’s Homme but in an altogether more refined and less fog-horny fashion, proving that sometimes elegance just needs that little bit of understatement to make it shine. 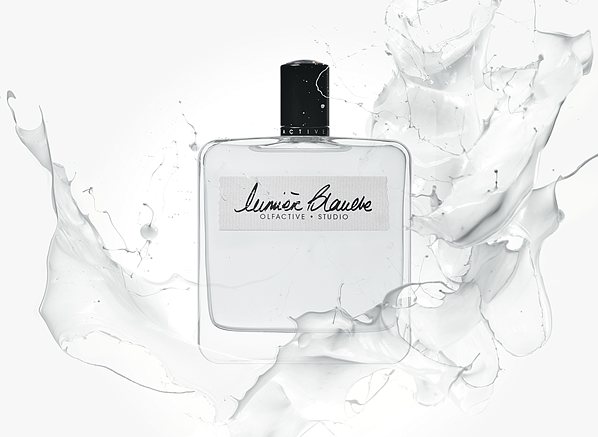 “When the sun is at its strongest it saturates all other colour, creating an opaque aura in the air. The blinding white hue is sweltering, yet it appears to be cool, freezing the bodies along the coast on a milky iceberg. The world is given a dreamlike brightness, the outside edges blurring as though a mirage.”

Lumière Blanche plays with the idea of bright, white light that saturates all other colours. It’s an olfactory representation of the white aura, lit in a veil of silvery spices and woods. A transparent sprinkling of dusted cardamom (a much underused note if you ask me) sets the scene for a plush woody scent with hints of grey iris and pale milk.

Subtlety is Lumière Blanche’s key theme – it’s the slight intensity of saturation on a photograph of a grey, arid desert where the brightness of the sky seamlessly integrates with the pale and lonely landscape. Wear this one if you’re looking for a sober essay in gentle spices and woods. 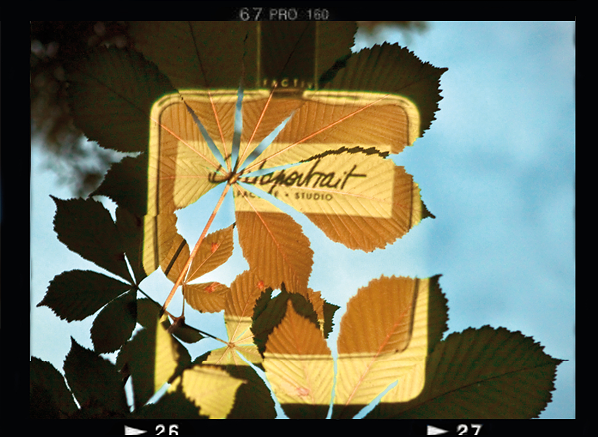 “Autoportrait is a secret, personal pleasure with a warming and familiar character. It presents an alignment of natural elements with your own inner harmony and serenity – a fragrant companion of rediscovery.”

Autoportrait is easily the most interesting and unique fragrance in the Olfactive Studio. It flies out of the bottle in a haze of metallic spice, powdered iris, saffron, ginger and a good deal of indefinable materials. A wide variety of woods in all sorts of shapes and textures in addition to a blast of spiky elemi crackle delicately, causing a palpable sense of tension throughout Autoportrait’s development.

This one is for the renegade man who defies convention. He wears and does what he wants and isn’t afraid to challenge the conceptions of what he is and what he should be – he is simply comfortable in his own skin and dares to be unlike any other man on the planet. In short, he’s pretty badass.

This entry was posted on Wednesday, September 4th, 2013 at 9:00 am and is filed under Candy Perfume Boy, Fragrance, Guest bloggers, Men, New products. You can follow any responses to this entry through the RSS 2.0 feed. You can skip to the end and leave a response. Pinging is currently not allowed.

@escentual If your skin is calling out for a boost of hydration, you’re in luck: Kate’s latest tech edit focuses on two deeply… https://t.co/bCw1zV2woo
1 day, 13 hours ago • reply • retweet • favourite

@escentual Sadly, stress can take its toll on your skin. And when you’re busy and overwhelmed, skin woes are the last thing yo… https://t.co/E01fuzN0JL
1 day, 23 hours ago • reply • retweet • favourite