Narciso Rodriguez For Her Review

When one talks of the classics of the perfume world our minds are cast back to the early part of the 20th century and the early output of houses such as Coty, Guerlain, Caron and Chanel.   But there are also a number of significant perfumes that have been released within living memory, even over the last few years in fact.

These ‘modern classics’ have played a significant part in shaping our tastes in perfume, setting the standards and styles that the perfume industry and the consumer follow, much in the same way that perfumes such as Shalimar and Mitsouko did back in their heyday.  These perfumes are the finest modern examples of their genres – trendsetters that pave the way for a thousand fragrances of their style.

Over the years Narciso Rodriguez has has stayed faithful to the winning formula that is ‘For Her’, releasing a number of reinterpretations to showcase the varying facets of such a distinct formula in new guises. This is the Narciso Rodriguez For Her Collection. 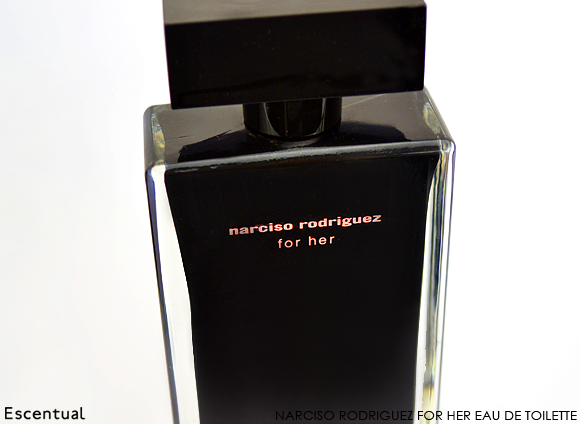 The Original ‘For Her’ EDP and EDT

In my mind, For Her is the olfactory equivalent of pink tulle.  In the top notes it dances with light and fizzy steps, evoking the vibrant movement of textured fabric.  At its very core For Her is a floral chypre, blending the warm, earthy notes of rose and honey nuances of orange blossom with the sharp, angular feel of patchouli to create a signature that has contrasts of both light and shade.

The original For Her is very much a modern perfume.  It is far-removed from the spiky and aloofchypres of yesteryear, yet it doesn’t pander to the lowest common denominator, nor does it present a familiar and exhausted signature.  In fact, For Her is responsible for defining the modern chypre and it is a fragrance that has been copied many times, namely in Sarah Jessica Parker’s Lovely and more recently in Guerlain’s Idylle.

For Her is available in Eau de Parfum (pink bottle) and Eau de Toilette (black bottle) concentrations, with the former presenting a richer and more enveloping experience with stronger emphasis on roses, the warm amber in the base and sharpness in the patchouli, whereas the latter is lighter, more floral, orange blossom-centric and ethereal.  Both are incredibly elegant perfumes that present themselves with little pretence, meaning that whatever concentration of the original one goes for, one can wear the incredibly versatile For Her pretty much anywhere. 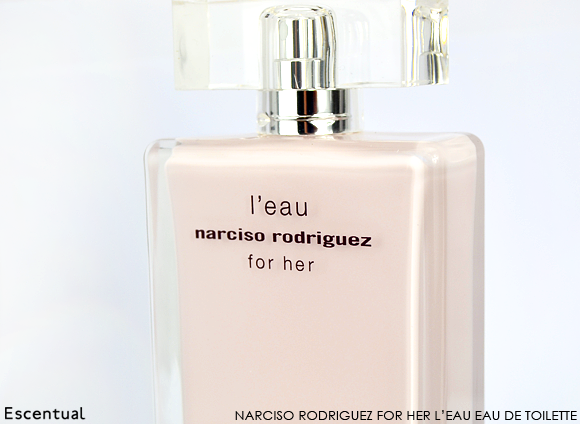 The ‘L’Eau’ edition of For Her is an altogether more luminous affair with the vibrancy dials turned right up.  The most significant differences are the addition of crisp orchard fruits in the top notes and a zesty jasmine note in the heart, both of which fill the For Her signature with oodles of vivacity and make for a delightfully lively experience.

This effervescent quality carries right through to the base, which is a more sheer interpretation of For Her’s patchouli and woods combination.  What is perhaps most enjoyable about L’Eau is that it has a subtle raspy quality to it, especially in the base, which is immediately reminiscent of more old-school chypres and is a nice contrast to the supple warmth found within the original For Her.

L’Eau is not a simple ‘watering down’ of the original.  Instead, one should see it as a more relaxed and less demanding take on For Her’s signature and it succeeds in balancing both wearability and intelligence in an imminently enjoyable manner. 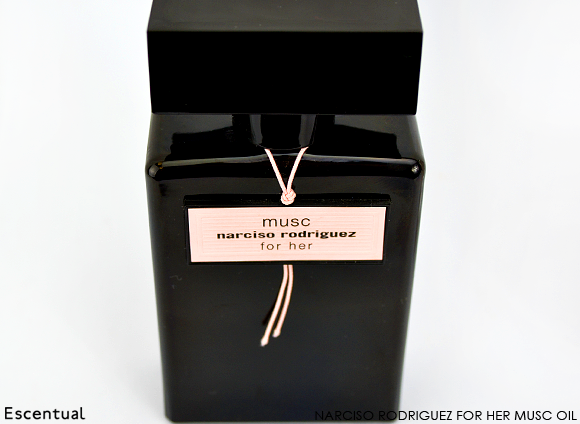 The For Her Musc Oil is a curious being.  It can be worn alone or layered under the EdP, EdT or any other perfume one may wish to mix it with.  It is essentially a light floral musk with a silky texture that serves to intensify and cement a perfume when layered or act as a ‘your skin but better’ fragrance when worn alone.

Personally, I like to go commando with this one, meaning that I like to wear it in isolation (keep your minds out of the gutter people).  On the skin For Her Musc Oil is a delicate and sweet musk with hints of white flowers, mushrooms and menthol.  It is so quiet and so silky that when worn solely on its own, the Musc Oil is barely there but occasionally fires off tiny wisps of translucent scent as the body moves.

The competition is now closed, congratulations to our winner Clare K!

Competition ends 11.59pm on Thursday 19th December and winners will be notified the next day via email. One entry per person. Usual terms and conditions apply.

Luscious smell....a great combination of musky and floral, between twenty-something and mature, perfect to stay fun and feminine.

This entry was posted on Wednesday, December 11th, 2013 at 9:01 am and is filed under Candy Perfume Boy, Fragrance, Guest bloggers, Spotlight On. You can follow any responses to this entry through the RSS 2.0 feed. You can skip to the end and leave a response. Pinging is currently not allowed.