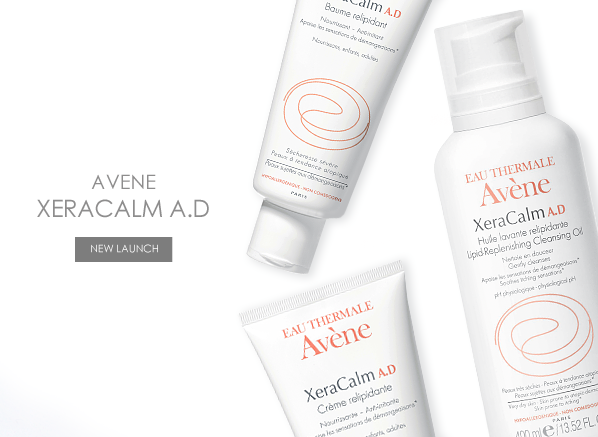 The latest innovation from historic French dermo-cosmetics brand Eau Thermale Avene is huge news. To begin with, it’s the very first launch that utilises Avene’s patented I-modulia®, a breakthrough innovation almost 10 years in the making and the first biotechnological active ingredient used in dermo-cosmetics. Secondly, it’s it’s an ingredient that is proven to have a significantly positive effect on eczema-prone skin, a skin condition that affects a staggering one in five children, and one in twelve adults in the UK.

So, just what is this fancy sounding active ingredient, and why is it such good news for those who struggle with eczema, exactly? I-modulia® was discovered by Avene as the result of lengthy research. They wanted to understand just what it was that made their thermal spa water so effective in treating skin disorders, and found that it was actually down to unique microflora found deep down in the Avene mountains. In order to harness its regenerative power, they took the most active parts of the microflora and concentrated them to create the ground-breaking biotechnological active ingredient I-modulia®. In doing so,  they have produced something exceptional: an ingredient that is able to teach the skin to protect itself correctly against allergens and bacterial infections. Highly optimised for use by those with eczema, it helps to greatly reduce the itchiness, redness and irritation, as well as repairing and nourishing disrupted skin.

And the first product range to be released with this breakthrough? The highly anticipated Xeracalm A.D. 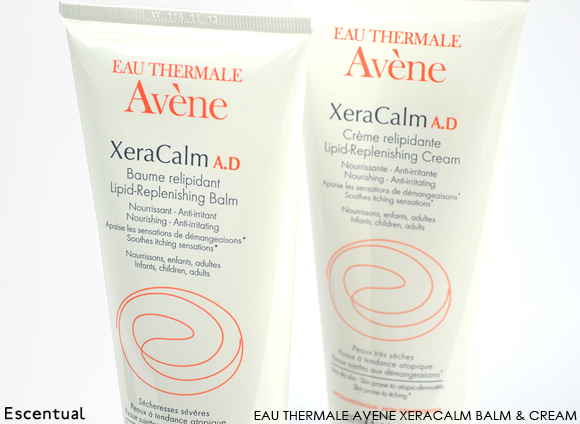 Designed for use by babies, children and adults, the Xeracalm A.D range is as straightforward as can be. It’s made up of just two steps, cleansing and treatment, and three core products: the Lipid-Replenishing Cleansing Oil, the Lipid-Replenishing Cream, and the Lipid-Replenishing Balm. The difference between the Cream and the Balm lies in the texture; the Cream is lighter for moderate dryness, whereas the Balm is richer and better suited to severe dryness. Both perform the same function, though, working to restore the protective barrier of the skin and intensely relieve itchiness. Clinical studies show that the formula has a rapid effect on reducing itching (97%) and improving skin dryness (100%) after a month of use (clinical tolerance study carried out on 32 subjects aged 7 months to 9 years). 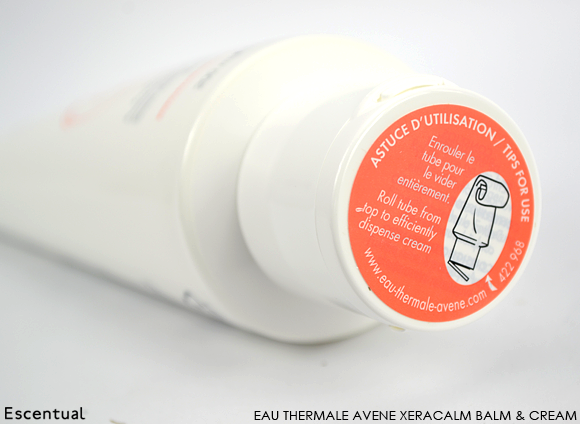 To further protect skin against flare-ups, the Cream and the Balm are created using DEFI technology, which means that only completely necessary ingredients are used in their composition. None of the products in the range contain fragrance, preservatives or surfactants, and are created in a completely sterile environment. There’s even a special valve on the bottle to prevent air and bacteria from getting in. Every care has been taken to take good care of eczema and allergy prone skin. 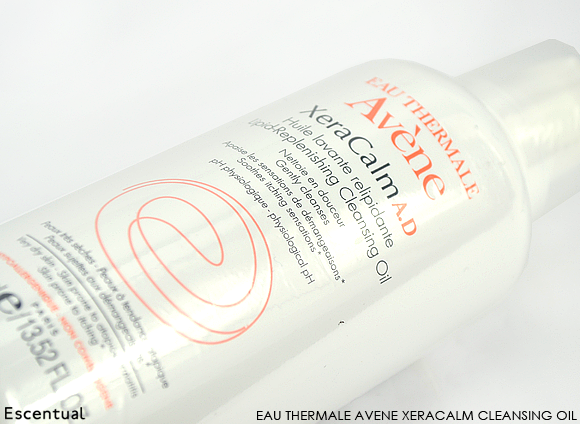 To supplement the emollient moisturisers, there is the Xeracalm Cleansing Oil. When skin is extremely dry or atopic, cleansing can be a painful process. In fact, bathing often feels like it’s making the situation much worse, sapping skin of its natural oils and making it feel tight and sore. The lightweight Cleansing Oil aims to make showering and bathing enjoyable once more, formulated with the same itch-busting and calming ingredients as the Cream and Balm.

The Xeracalm Cleansing Oil is something that I’ve been using a lot recently. It’s a really versatile product that is designed to be kind to all skin that’s going through a rough time, not just those who are prone to eczema. It has the texture of a sheer oil, which feels comfortable on even the sorest of skins, coating it in a fine layer of moisture before turning into a milk on contact with water. After use, skin feels fresh and clean without any residue. Many oils that are designed for eczema-prone skin can be quite emollient and a little heavy, but this one balances without residue, leaving the emollient step to the Cream and the Balm. The oil can be used by the whole family on both the face and the body, and in the shower or the bath – told you it was versatile!

This entry was posted on Tuesday, April 8th, 2014 at 11:40 am and is filed under French Pharmacy, Skincare. You can follow any responses to this entry through the RSS 2.0 feed. You can skip to the end and leave a response. Pinging is currently not allowed.

@escentual Retinol eye creams are taking the world by storm! But what do they do and which one is best for you? Find out in ou… https://t.co/ueqai03OsR
1 day, 15 hours ago • reply • retweet • favourite

@escentual @jo_reviews @RoyalMail Thanks for this - our operations team will be thrilled to hear your feedback! ☺️
2 days, 18 hours ago • reply • retweet • favourite

@escentual You’ll be buzzed when you hear all the skincare benefits of using honey skincare 🐝 This selection of delicious hone… https://t.co/bl64RKZGsB
3 days, 21 hours ago • reply • retweet • favourite