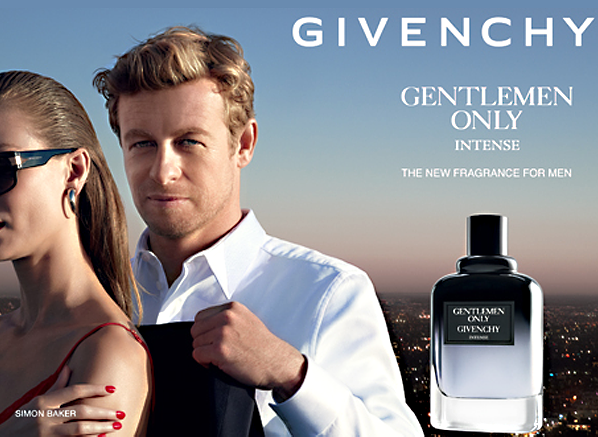 When reviewing a masculine fragrance from Givenchy’s stable of manly scents, it is important that one applies some context to the matter. So here goes, Givenchy’s most iconic and classic masculine – ‘Gentleman’ – was launched in 1974 and is a staple for many men around the world, with its robust accord of citrus, patchouli, spices, leather and moss.  Gentleman is a fragrance that epitomises the man of the 1970s and it’s a no holds barred take on the masculine signature that is evocative of hairy chests, gold watches and sharply made suits.

In 2013 Givenchy launched ‘Gentlemen Only’, a new interpretation of the masculine signature that was created with the modern man in mind.  It is clear that the man of 1974 and the man of 2013 are two different beasts entirely, with the latter appearing as a more effeminate and well-groomed animal than the former.  Gentlemen Only therefore, takes a fresher, spicier and more delicately aromatic view of the man that it represents.  It’s as well made as Gentleman but it certainly cannot be considered as bold a fragrance or even as timeless.

That should bring us about up to date with the Givenchy Gentleman backstory and leads us nicely into Gentlemen Only Intense, the latest fragrance in the Gentlemen Only and Gentleman narrative.  This more intense version of 2013’s modern masculine fragrance, sees a richer take on the fresh, woody and spicy signature whilst maintaining a degree of the translucency that makes Gentlemen Only so thoroughly modern. 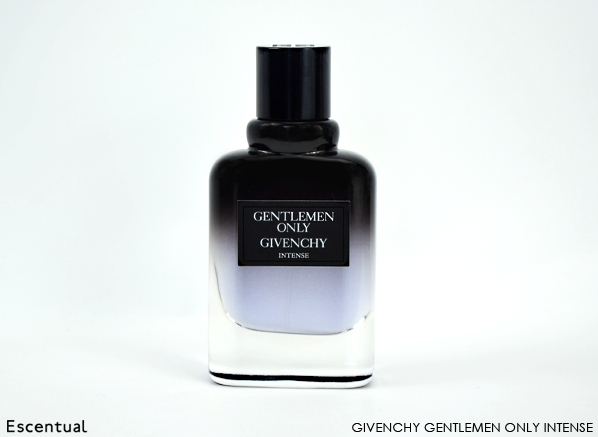 Base: Tonka Bean, Amber and Incense

First things first, it’s important to note that ‘Intense’ here doesn’t mean stronger or even longer lasting, instead it refers to a subtle richness and a higher emphasis on warmth that has been applied to the Gentlemen Only signature to create an altogether more nuanced and plush affair.  Gentlemen Only Intense opens with an aromatic and fruit-soaked lavender note that feels greyer than it does purple.  Black pepper adds a spicy inflection that is subtle but rich and provides a speckly texture.  There’s also crisp sheen to the top notes that adds a smart and luxurious feel that wasn’t so apparent in the original Gentlemen Only.

Wood plays a strong part in Gentlemen Only Intense’s signature.  A soft and spongy cedardwood is the central pillar, upon which the other notes are built.  A touch of patchouli and a dash of leather change the cedar from feeling chewy at first to appearing as slightly powdery as the fragrance opens up on the skin.  In the base, Gentlemen Only Intense becomes more traditional in a modern sort-of way.  There’s a familiar accord of sweet and citrus-tinged vanilla that is seen across the board in masculine perfumery, but is interesting here because of its restrained application.  The vanilla itself is soft and supple with just a touch of creamy sweetness, and in no way is it cloying or overbearing and it would be fir to say that the balance between sweetness and the dryness of woods is nicely in check.

Givenchy’s Gentlemen Only Intense is an easygoing masculine fragrance that doesn’t demand attention.  It’s an aromatic, citrus-inflected woody perfume with a softly luxurious feel and could be suitable for casual or office wear.  If you’re the type of guy who wants to smell good but wants something that isn’t demanding or too ostentatious then this one is worth a sniff.  There’s only one small caveat – you have to act like the perfect gentleman whilst wearing it.

To win, simply let us know what you think makes the perfect gentleman in the comments below. Ends 4th May. UK only.

No purchase necessary. A purchase will not improve your chances of winning. Contest begins 23rd April 2014 and ends 4th May 2014. Winners will be selected in a random drawing on or about 5th May 2014. One prize winner will receive the items stated above. Prizes must be accepted as awarded; not redeemable in cash or credit. UK Only.

This entry was posted on Wednesday, April 23rd, 2014 at 7:30 am and is filed under Candy Perfume Boy, Fragrance, Guest bloggers, Men, Tried & Tested. You can follow any responses to this entry through the RSS 2.0 feed. You can skip to the end and leave a response. Pinging is currently not allowed.