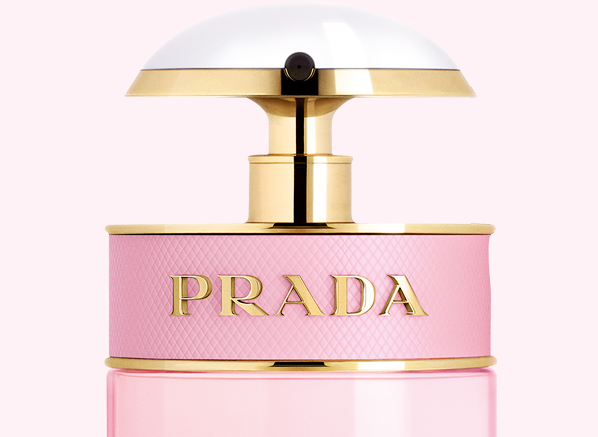 Looking out of the window right now, it may be hard to believe that summer is just a few weeks away.  But don’t let those grey skies fool you – soon it’ll be time for everyone to break out their shorts, flip-flops (a crime against feet, if there ever was one) and sunglasses in preparation for the long hot summer that may, or may not arrive.  It’s also the time of year where one gives their fragrance wardrobe a much-needed shake up – out with the old and in with the new.

As the mercury rises, those resinous and comforting fragrances of winter get shoved to the back of the closet to make room for the brighter, lighter and fresher perfumes that scream ‘summer’.  Of course, just because it is getting warmer it doesn’t mean that us fragrance nerds cannot wear something with a bit of oomph and there are a wealth of summery scents out there that present the idea of lightness in varied and intriguing ways, ranging from the crips and light to the warm and complex.

In this Summer Scent Edit, I’ll be taking a look at a wide range of summer-appropriate perfumes that between them are light, bright, delicious and dashing.  We’ll be covering some summer staples, those ‘oldies but goodies’ that are worthy additions to the summer scent wardrobe each and every year, as well as some new launches for 2014 that are doing a decent job of tickling my sun-soaked olfactory nerves. 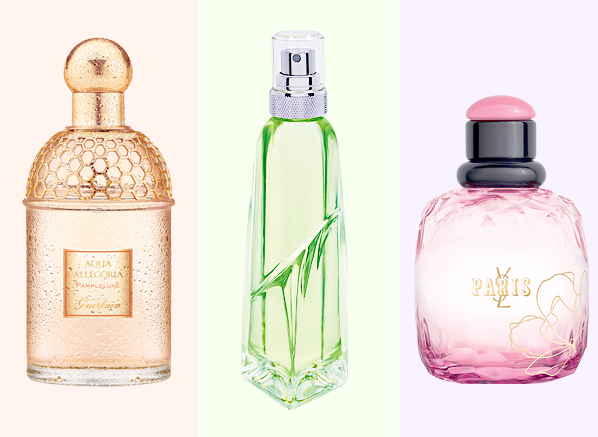 For the ‘Summer Staples’ I’ve picked out some of my trusty favourites for busting the heat. These are the scents that, year on year, never fail to provide welcome relief from the scorch of the season as well as being easy-to-wear scents that simply smell pretty darn fab under the summer sun.

Eau des Jardins by Clarins
Clarins are deservedly well known for their effervescently summery treatment fragrances; Eau Dynamisante, Eau Ressourçante and my personal favourite – Eau des Jardins.  On those nights when the stifling heat is almost too much to bear, Eau des Jardins and its blend of crisp greens, plush berries and tropical flowers is zingy and refreshing enough to cut through even the stuffiest of summer nights.

On these hottest of summer nights I literally douse myself in this stuff.  Not only does it smell absolutely beautiful, it also feels cooling and serves as a welcome break from the unrelenting heat, never mind the fact that its ingredients boast soothing and moisturizing properties.

Cologne by Thierry Mugler
It would be fair to say that one should not approach Thierry Mugler’s Cologne expecting a traditional take on the famous Eau de Cologne style of fragrance.  After all, on Planet Mugler everything is not as it seems, the oceans are a glistening shade of pink (see Womanity), the jasmine flowers have neon petals (see Alien), the ladies are Amazonian and have beards (see Angel) and the men, well they’re steroid fuelled cartoon heroes (see A*Men).  It’s a mad but truly wonderful place to be.

So it makes sense that Mugler’s Cologne is anything but traditional.  It takes familiar ingredients such as neroli, vetiver and musk, but gives them all an unusual twist by injecting a big dose of laundry steam that makes Cologne feel as if it has just stepped out of a piping hot shower.  Again, this is a good one for when the heat gets too much but it’s also an easy, breezy wear that sits somewhere between being fresh and green, and musky and airy.  A masterpiece if there ever was one.

Aqua Allegoria Pamplelune by Guerlain
Grapefruit notes in perfume often end up smelling like anything other than the fruit they are trying to represent.  Guerlain’s Pamplelune is the noteworthy exception and it is an almost photorealistic take on the note of grapefruit that manages to capture the sweet, bitter and generally caustic character of nature’s most intriguing fruits.

By pairing this grapefruit with a strong patchouli note, the house of Guerlain has created something fizzy and diffusive but also long lasting, meaning that the usually ephemeral grapefruit affect lasts and lasts long into the night.  I would never be without a bottle of Pamplelune in my collection and summer simply wouldn’t be summer without days soaked with sparkling spritzes of delicious grapefruit.

Paris Premieres Roses by Yves Saint Laurent
Every year French fashion house Yves Saint Laurent (or Saint Laurent Paris as the fashion-arm of the business now calls itself) launches a summer version of their most beautiful fragrance ‘Paris’.  For those of you who are not familiar with the original Paris, it is essentially one of the greatest rose fragrances EVER that pairs pastel pink rose blooms against soft-hued purple shades of violet and pale tones of mimosa.

This limited edition fragrance is entitled ‘Paris Premieres Roses’ and it sees Paris’ instantly recognizable signature presented in a more transparent manner.  It’s a summer fragrance that contains all of the requisite parts of the original watered down to fashion a much clearer and crystalline fragrance that isn’t so oppressive in the summer heat.  If you love Paris or roses then do not ignore Premiere Roses and if you’ve never tried Paris, then firstly shame on you, and secondly this less buxom fragrance would make a good introduction to one of the world’s greatest rose perfumes. 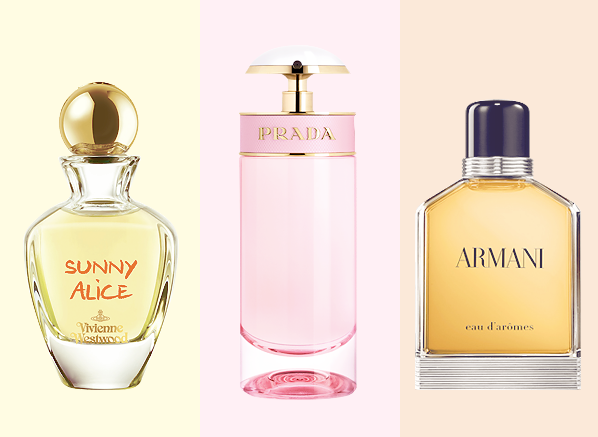 New Kids on the Block

As with every year, the ever-busy perfume industry has churned out a high number of summer editions to be enjoyed as the weather becomes altogether more joyful.  I’ve picked out some of my favourites from this year’s crop, separating the wheat from the chaff, to find a summery selection that ranges from the downright delicious to the heartbreakingly handsome.

Angel Eau Sucrée by Thierry Mugler
Every year Thierry Mugler launches a summer version of Angel that sees the olfactory diva clad in a new floral or fruity guise.  These summer interpretations always manage to be faithful to the original but cast a much lighter impression on the skin.  Now, if you ask me there’s nothing more perfect for a sticky summers day than a tiny spray of Angel but many would disagree, stating that it is simply too heavy and they wouldn’t necessarily be wrong.

What Mugler have done with this years summer edition (Angel Eau Sucrée) is an absolute stroke of genius.  They have taken the gourmand signature of Angel and have presented it in an entirely new format.  Instead of using the original’s famed notes of chocolate, caramel and vanilla they’ve opted for something more bouyoant and delicate, namely meringue.  The result is too delicious for words.

In Angel Eau Sucrée, the sugary, candyfloss notes of fresh meringue are blended with a subtle spray of red berry sorbet and a more measured dose of Angel’s signature patchouli note, to create a perfume that is irresistibly delicious but without the calories.  If I could eat this stuff I would, but munching on perfume is not really advisable, so instead I shall just continue to douse myself in it.  Summer never smelled so good.

Eau d’Aromes by Armani
I’ve always been a big fan of the original Armani fragrance for men (now named ‘Armani Eau Pour Homme’), not least because it is a fabulously zesty and herbal masculine evocative of handsome Italian dudes, but also because it was a favourite of my father’s when I was a child.  I’m therefore a little bit protective of my Armani and I most certainly approached the fragrance’s latest flanker, ‘Eau d’Aromes’ with a touch of trepidation.

I needn’t have worried though, as Eau d’Aromes is a worthy addition to the Armani lineup.  Capturing the spirit of the original, this flanker is sweet and zesty with watery citrus fruits, spicy ginger and a warm, herbal base of patchouli and vetiver.  Unlike the original (which admittedly feels a tad dated nowadays), Eau d’Aromes is a thoroughly modern masculine with a slight hint of plushness that feels like an effortlessly casual look – the perfect pairing to an open shirt and a fashionable pair of shorts.

Candy Florale by Prada
Prada’s Candy is a darn good perfume but it’s also perhaps not the most ‘summer appropriate’ of scents due to its silky-smooth blanket of super-sweet caramel and fuzzy benzoin.  Well it seems that Prada has acknowledged this fact and have taken the initiative to fulfil the world’s need for a lighter and low sugar version of the original, by launching the new ‘Candy Florale’.

Florale is as vivacious and flirtatious as the original, but instead of displaying a plethora of caramel tones, this interpretation of Candy uses the syrupy sweet flavour of lemon sorbet and the crispy, dewy shades of rose to create a much more effervescent affair that feels more innocent and ‘baby pink’ but manages to have just as much fun as the original.

All of this fruity and floral fun is layered over Candy’s signature base of warm caramel and richly resinous benzoin.  This gives weight to the lighter, more fancy-free notes and ensures that the deliciousness that is ‘Candy’ remains in a more subtle form.  Candy Florale would be perfect for those who have a sweet tooth and want something sugary for summer that wont feel overbearing or cloying.

Sunny Alice by Vivienne Westwood
I am a Vivienne Westwood fan boy.  Seriously! I love her punky, thrown together style and would clothe myself in Westwood head-to-toe if my finances allowed it.  Her fragrances however, have always seemed a bit patchier than her consistently awesome fashion.  Scents like Boudoir and the wrongfully discontinued Anglomania are genuinely interesting and rebellious, but I’ve never found much love for her recent perfumes which showcase the multiple personalities of Alice (Naughty Alice, Flirty Alice and Cheeky Alice).  I’m personally looking forward to the less polished versions of Alice and hope that we’ll get a Punky Alice or even an Uncouth Alice at some point in the future.

That said Alice’s latest reinvention, ‘Sunny Alice’, is definitely the most enjoyable of the bunch.  Inspired by the British seaside and vintage pin ups, this Alice is a deliciously warm and creamy floral evocative of tropical flowers, warm sands and 99 ice creams.  It’s not a particularly unusual fragrance by any means, but one can imagine that it would work perfectly on a hot summers day down by the beach.  All you need to compliment this sunnier Alice, is some candyfloss, a Punch & Judy Show and a cool sea breeze.

The Cologne from Mugler is the only true Cologne which I would say is suitable for men and women. Not easy to come by these days. Very light and refreshing for all day use. Escentual.com ... very fast delivery and good prices. Pete 66

This entry was posted on Wednesday, May 7th, 2014 at 5:20 pm and is filed under Candy Perfume Boy, Fragrance, Guest bloggers. You can follow any responses to this entry through the RSS 2.0 feed. You can skip to the end and leave a response. Pinging is currently not allowed.