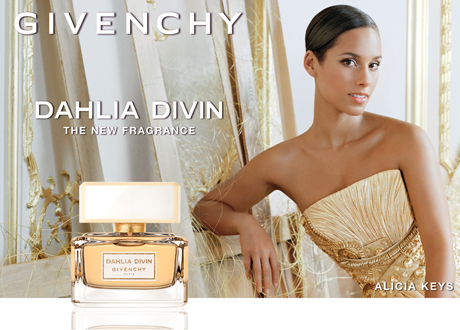 As we begin to enter the high season for big new fragrance launches, I have news of one of the most exciting introductions of the year: the Dahlia Divin Eau de Parfum, from the venerated House of Givenchy. Part of the couture Dahlia Noir franchise, Dahlia Divin doesn’t resemble its musky floral sister scents very much. Instead, it unfurls as a radiant solar floral, with a distinctive personality and a brand new face: modern siren Alicia Keys.

Givenchy Dahlia Divin is a golden fragrance in every sense of the word. It’s a very cohesive theme, seen in the golden thread wrapped around the neck of the bottle right through to the molten gold haute couture masterpiece that Alicia wears in the advertising campaign. In creating the juice, perfumer Francois Demachy crafts a sublime allusion to the radiance of the precious metal. The result? A vision of divinity in swathes of floral-woody tones, showcasing the sublime fruitiness of golden Mirabelle Plum and the incandescent, gauzy feel of Jasmine. 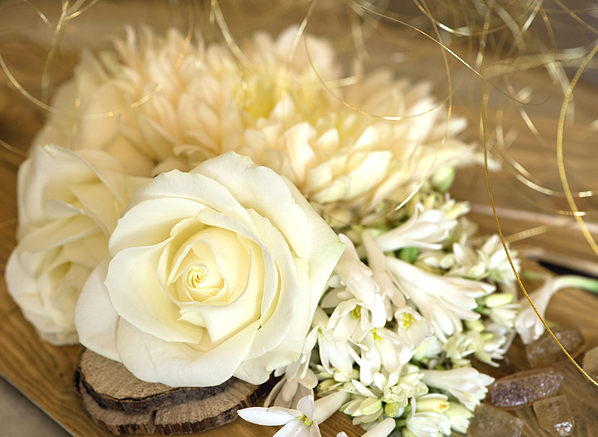 Dahlia Divin feels really accomplished, and it’s so thoroughly enjoyable to wear. Just the right side of richness, the juice develops on the skin with real finesse; its timeless floral structure enhanced with modern couture embellishment. A touch of sweetness runs like a golden thread throughout, never overpowering the fragile white blossoms, but subtly illuminating them with a distinctive solar brightness. In the base there’s a triumvirate of bold wood notes, which give the fragrance its sensuous warmth. It’s Patchouli that wins out amongst the three, though, introducing a welcome earthiness to what is quite a celestial fragrance by bringing it gently back down to earth. 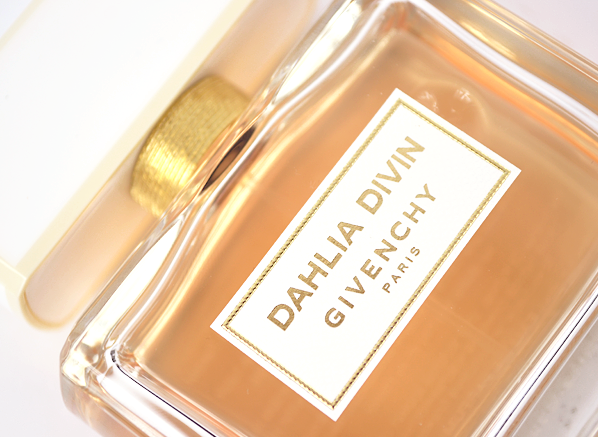 The Dahlia Divin bottle is perhaps my favourite Givenchy offering yet (sorry, Ange Ou Demon!). Much like the juice, it borrows the best of classic perfumery and pairs it with luxurious modern embellishment to create a timeless feel. There’s real beauty in the simplicity of the clean-lined, heavy glass bottle. Topped with a  lightweight cream coloured stopper and finished with golden thread around the neck of the bottle, it’s a luxurious showstopper. 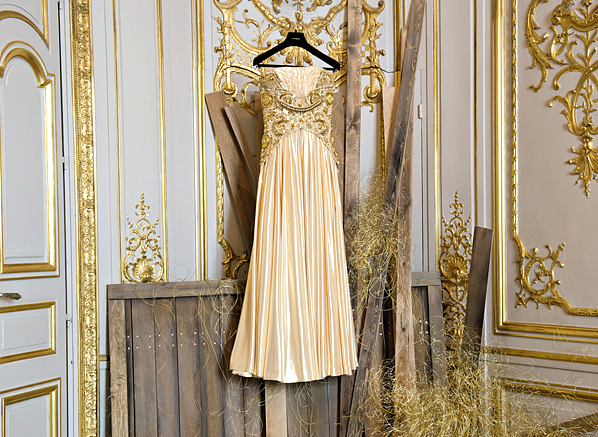 And who better to front the golden fragrance than a modern-day goddess? Alicia Keys is the epitome of a renaissance woman, with the titles of singer, musician, author, actress, director and philanthropist under her belt. Alicia is also great friends with Givenchy creative director Riccardo Tisci, who created a spectacular gown especially for the campaign in his Parisian workshop. Richly embroidered and set with precious stones, the beautiful dress took 500 hours of intricate work to come to life. In the accompanying advert, set to music composed by Alicia, the modern goddess comes to life.

Congratulations to our winner Stephanie Gray!

We’ve got a beautiful Givenchy fragrance and makeup hamper (RRP £112) to give away to a lucky reader! The set includes:

To enter, simply comment below and tell us who you think is the quintessential modern goddess. The competition closes on Thursday 31st July. Best of luck!

No purchase necessary. A purchase will not improve your chances of winning. Contest begins 24th July 2014 and ends 31st July 2014. Winners will be selected in a random drawing on or about 31st July 2014. One prize winner will receive the items stated above. If the winner doesn’t respond within 7 days, the competition will be redrawn. Prizes must be accepted as awarded; not redeemable in cash or credit.

This entry was posted on Thursday, July 24th, 2014 at 9:00 am and is filed under Competitions, Fragrance, Tried & Tested. You can follow any responses to this entry through the RSS 2.0 feed. You can skip to the end and leave a response. Pinging is currently not allowed.

@escentual What if we told you there are five products that can help to reduce the appearance of fine lines and wrinkles on yo… https://t.co/vw9SZGqbKg
3 hours, 28 minutes ago • reply • retweet • favourite

@escentual BIG NEWS! Our latest #EscentualScents Discovery Set is now live, and the theme is fruity 🍎🍌🍉🍇🍓! Be a part of our vi… https://t.co/YgMJVJIdKG
1 day, 7 hours ago • reply • retweet • favourite