Make-Up for Working Out 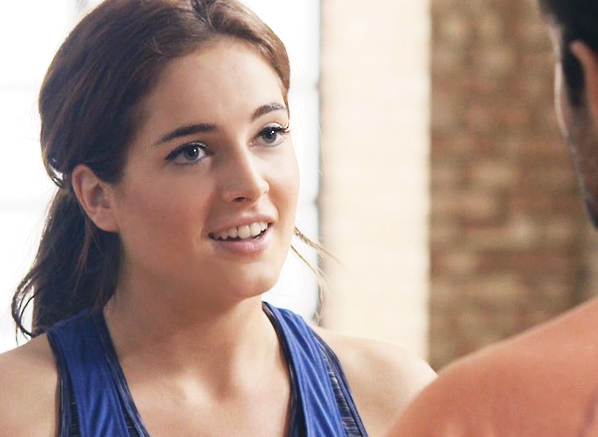 I am determined not to do my usual Christmas party trick of putting on nearly a stone during December, which means it’s time for me to hit the gym.

I know there will be some gym purists out there who will say it’s ridiculous to wear make-up for a work-out session – but with the possible exception of a sweat inducing bikram yoga session I would definitely opt for a subtle non-make-up, make up look.

For an hour’s open-plan gym session I would opt for some foundation, light eye make-up and a nude lip as you can see in the video for MIC:FIT – Made In Chelsea’s fitness video which has been released this week.

As you can see in the footage I had opted for a light oil free foundation – Shiseido Pureness Mattifying Compact Oil-Free – this will breathe better with my skin when getting hot, and sweat won’t form underneath so it’s less likely to smear and won’t create break-outs or spots.

If you are going for particularly heavy cardio work then you may prefer to wear a tinted moisturiser or BB cream like Bioderma Sensibio AR BB Cream instead of foundation – but because my work-out session was under harsh studio lights (and I was being filmed!) I opted for foundation. 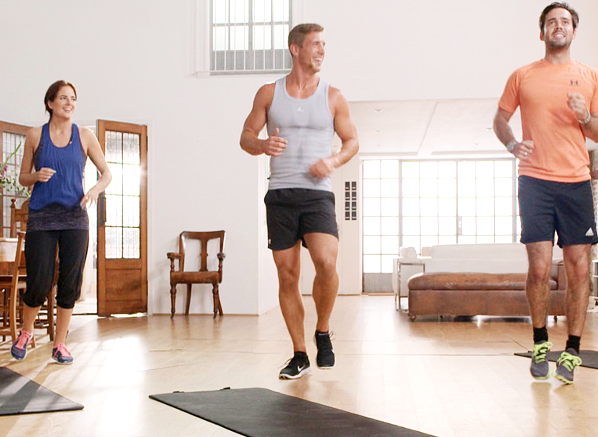 Also don’t forget that during summer months it’s good to wear a tinted sunblock for that run in the park to protect from the sun damage – I particularly like the Eucerin Tinted Sun Face Creme.

Clearly it’s best to go little and light on the whole look for the gym – you will look a tad ridiculous if you’ve put the full Saturday night war-paint on, but a bit of powder blush like Dior Rosy Glow Healthy Glow Awakening Blush to give your cheeks some colour is acceptable – (don’t overdo it though as you are likely to get red cheeks from working out anyway).

In the MIC:FIT video I am also wearing Givenchy Noir Couture Waterproof 4 in 1 Mascara, and yes, I admit it –  I’ve got fake lashes on. Clearly it’s not worth putting lashes on for the gym, but I had just had mine done professionally and there was no way I was taking them off! 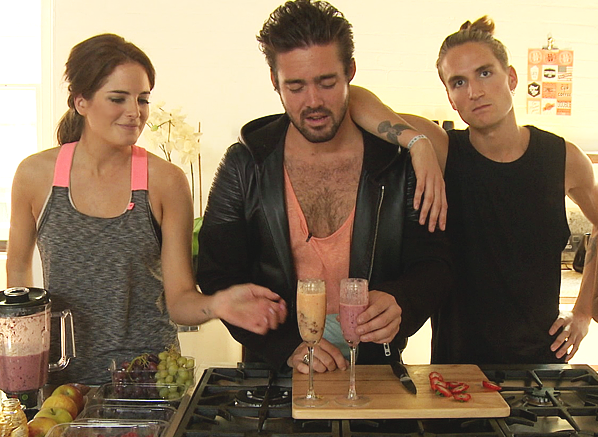 I know there will be a hardcore clan of gym-bunnies out there who will think my gym make-up tips are bonkers, but most women are likely to concede that they would use a concealer to cover up the odd pimple or blemish – and Eucerin DermoPURIFYER Cover Stick – is perfect for that, containing salicylic acid which will attack the bacteria that forms spots as well.

Finally, whether you wear make-up in the gym or not, it is essential that you cleanse your skin thoroughly afterwards, as well as moisturise. Leaving sweat in your pores, especially under make-up, will cause break-outs. So if you do apply make-up for a gym session, using a multi-tasking cleanser like REN Rosa Centifolia Foaming Cleanser afterwards, which cleanses, tones and purifies the skin in one step. Follow up with a redness-reducing moisturiser such as La Roche-Posay Rosaliac UV Legere Fortifying Anti-Redness Moisturiser.

This entry was posted on Friday, December 5th, 2014 at 5:47 pm and is filed under Binky's Beauty Blog #BBB, Make-up, Video. You can follow any responses to this entry through the RSS 2.0 feed. You can skip to the end and leave a response. Pinging is currently not allowed.

@escentual Trying to make it to January payday... #Valentino We have so much love for Kristen McMenamy and @MaisonValentino… https://t.co/Lr664ECUEn
2 days, 43 minutes ago • reply • retweet • favourite