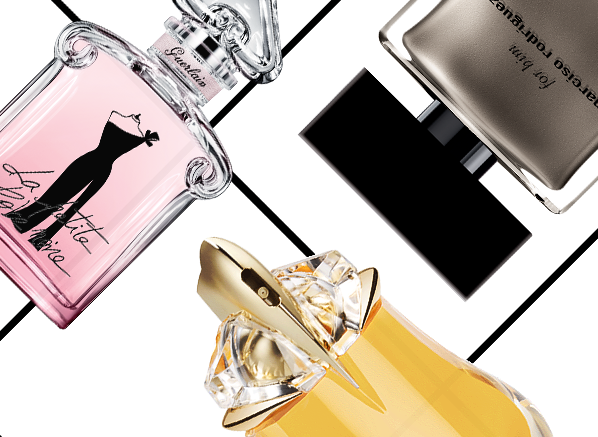 If you’ve spent any time lurking in perfume forums or nosing at perfume blogs, you’ll have come across the term ‘flanker’.  Flanker is a somewhat humorous word that describes those fragrances launched under the name of a popular and already-existing perfume.  They are the ancillary perfumes to classics such as Shalimar and Poison – fragrances such as Shalimar Parfum Initial and Hypnotic Poison, for example.

There are lots of reasons to dislike flankers.  For one, they’re a great way for perfume companies to make a quick buck by shoving a new (and less interesting) juice inside a familiar bottle, with an even more recognisable name.  It’s cheaper and saves on marketing something completely new.  Not to mention the fact that many don’t really live up to the hype or artistry of the original, and let’s not talk about the names, which are often confusing and/or misleading.

But I don’t want to focus on any of that, because I’m a positive sort-of-chap and there are actually some pretty decent flankers out there, specifically those that set out to celebrate a perfume’s signature by doing something new and unique with it.  So, in this piece I’d like to take the time to introduce you to some of my favourite flankers, ranging from Alien Queens to handsome masculines that won’t give you a hangover. 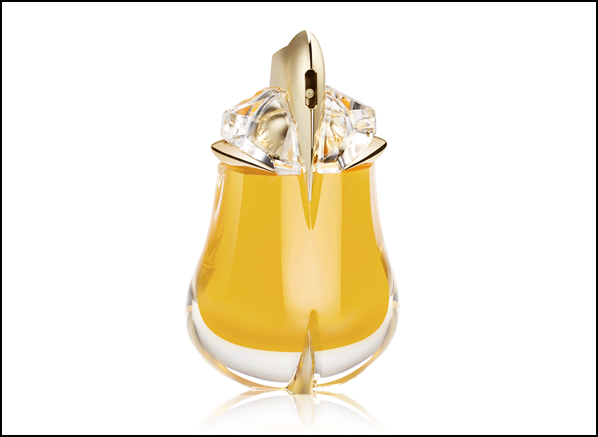 Alien Essence Absolue by Thierry Mugler is to Alien what Aston Martin is to the automotive industry.  It is pure luxury.  Thierry Mugler’s Alien is already an avant-garde and unique fragrance that pairs a syrupy jasmine note (one that is the size of a skyscraper, FYI) with solar woody notes to create an olfactory timbre that is jarringly beautiful.  Essence Absolue possesses this same signature however, it softens Alien’s jagged edges with tons of vanilla, cherry and iris, to create something truly plush.

Essence Absolue is the ideal flanker because it takes the magic that made the original so great and does something different with it, ensuring that the result is still recognisably ‘Alien’, but also something entirely new as well.  This is a enveloping fragrance with an unctuous feel – a golden queen of an Alien, not to be feared, but to be worshiped.

Where fragrances like Alien Essence Absolue are distinctly similar to the original muse from which they take inspiration, others aren’t so easily identifiable.  One good example of this is Dior’s Pure Poison.  Launching 19 years after the iconic Poison, Pure Poison shares nothing in common with its mother from an olfactory point of view, for one the former is a blindingly huge musky orange blossom, whereas the latter is a venomous floral oriental that defined a decade.  But what they do share is a distinctiveness and a strength of character that says “look at me, but don’t you dare challenge me”. 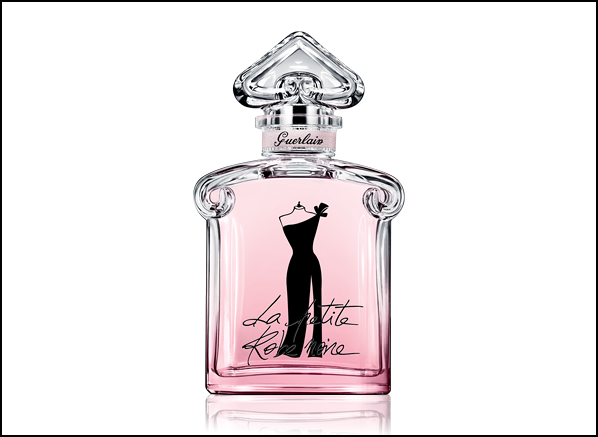 Of course, the changes seen in a flanker don’t need to be particularly significant for something new to be created.  Take Guerlain’s Couture version of La Petite Robe Noire, for example.  By adding some brighter citrus up top, and some earthy vetiver and patchouli in the base, Guerlain’s resident perfumer, Thierry Wasser, has turned the rose and raspberry macaron heart of the original La Petite Robe Noire into something more mature and glittering.  Despite the small, but important alterations to the hemline, there is definitely room in the wardrobe for both these Little Black Dresses.

CK ONE Shock For Him

Now, if you compare CK One Shock For Him (quite a title, I know) to the original CK One, you would probably doubt that they were from the same planet, let alone the same designer.  The truth is that the only things these fragrances have in common are the words “Calvin Klein” and “CK One”.  From that point they diverge entirely.

So what makes Shock For Him so special?  Well, it truly is a shock to smell in comparison to the original CK One, but it would also be fair to say that it is an incredibly well-executed woody-amber fragrance that wears like a warm scarf.  It’s no great shakes in terms of ingenuity and there are others out there like it, but CK One Shock For Him really is just that – a bit of a surprise. 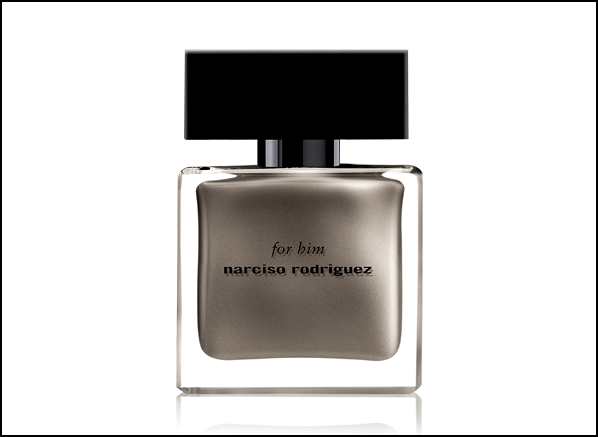 For Him Musc by Narciso Rodriguez

The world of masculine fragrance isn’t safe from flankerisation (a word I just made up).  In fact, it sees just as many flankers as the rest of the industry, if not more.  One brand that isn’t afraid of flanking it up is Narciso Rodriguez, and their Musc version of the unusually handsome, For Him demonstrates this.  The differences between the two are subtle, with Musc maintaining the mineral-like violet leaf of the original, whilst boasting a mushroom-like musk note that somehow makes the whole thing 10,000 times sexier, which is pretty impressive, seeing as the original was really quite handsome to begin with.

In 2008 Guerlain launched Homme, its first masculine fragrance created by their then new perfumer, Thierry Wasser.  The result was a bracingly fresh and drinkable take on everyone’s favourite cocktail, the Mojito, that was very easy to wear.  Four years later, Guerlain launched Homme L’Eau Boisée, a much more serious version that was less likely to give the wearer a hangover (which too many mojitos can do, I can vouch for this).

The big difference with L’Eau Boisée was the addition of a great big stripy vetiver note, which served as a nod to the house’s classic masculine, the aptly named ‘Vetiver’.  This vetiver accord added earthy, grassy and liquorice-like tones to the fragrance that altogether make it sexier, more grown up and more exotic.  I’d even go as far as saying that L’Eau Boisée even surpasses the original in its greatness. Yup, I said it.

What are your favourite flankers?

This is the smell to match that clipped chest hair. Woman and men both love the scent especially after an hour of hard training at the gym really brings out the musky smell. Take care with your eye contact while wearing this product.

This entry was posted on Wednesday, January 7th, 2015 at 9:26 am and is filed under Candy Perfume Boy, Fragrance, Men. You can follow any responses to this entry through the RSS 2.0 feed. You can skip to the end and leave a response. Pinging is currently not allowed.

@escentual @Jack95862637 Thank you for reaching out. We are so sorry to hear you are experiencing problems with your order. Pl… https://t.co/kqOwj8mVDc
3 days, 6 hours ago • reply • retweet • favourite