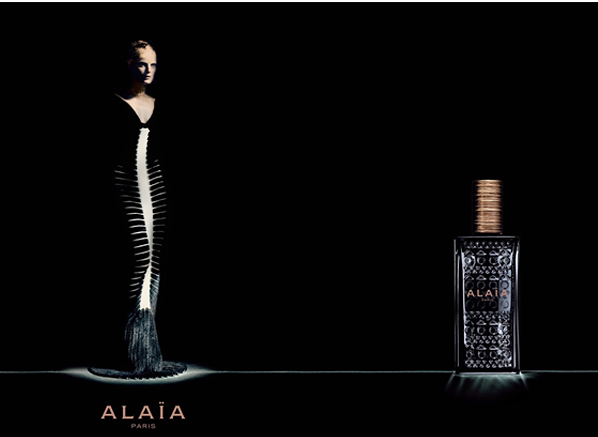 It’s interesting to me that Azzedine Alaïa has resisted a fragrance for so long.  The Tunisian-born designer first opened his atelier in the 1970s, after stints at the venerable houses of Dior, Laroche and Mugler, but has waited until 2015 to launch his debut fragrance.  Most couturiers aren’t so patient, it has to be said, and there’s something infinitely respectable about someone within the business of fashion waiting for the right moment and, more importantly, the right scent to come along.  Ultimately, this considered and measured approach allows for the creation of something that is not only beautiful, but perfectly on point, and in tune with the designer’s iconic aesthetic.

To create ‘Alaïa Paris’, his eponymous fragrance, Azzedine Alaïa worked with perfumer Marie Salamagne, a talented nose who has done some great work with Jo Malone London (specifically Incense & Cedrat and Mimosa & Cardamom, which you should check out – you’re welcome) and is partly-responsible for popular fragrances such as YSL’s Black Opium.  Alaïa provided Salamagne with a distinct brief, “make me the scent of cold water falling on hot chalk”, he said, and the French perfumer rose to the challenge, immortalising the idea with “fresh, aquatic notes” before muddying the waters as it were, with less innocent animalic notes.  The result is a mystical fragrance that is as beguiling as the Alaïa ‘Houpette’ dress (Azzedine Alaïa Spring/Summer ’94 – see the main image above) that the designer has chosen to represent it.  The joining of minds, and noses in Alaïa and Salamagne makes for a very interesting piece of work. 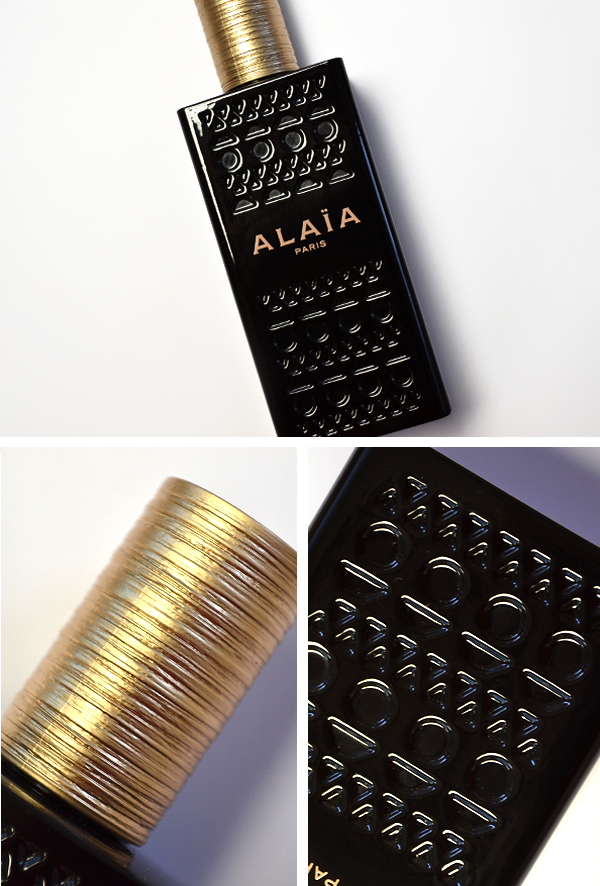 Base: Animal Notes and Musk

The first thing one notices about Alaïa Paris is just how airy and ethereal it is, right from the outset.  It smells light and fruity, pairing a transparent mandarin note with a light sprinkling of pepper, which creates a sparse sense of minimalism.  With so many scents hitting you on the nose with a sledgehammer during their attention-seeking openings, Alaïa Paris stops one in their tracks simply by offering up something a little bit different.  The fact that it is muted and pared back, goes a long way to making it intriguing.

Flowers are the domain of the heart, and to my nose Alaïa Paris boasts a strong whiff of the familiar ionones of violets.  The effect is shrouded however, sending forth a sweet and earthy floralcy that is wispy and fresh, and certainly won’t lead anyone to think of parma violets.  Interestingly, the addition of violet provides an underlying mineral tone that plays nicely with the aerial top notes.  Wrapped in soft petals, this earthy, stone-like nuance gives Alaïa Paris that unsettling edge that draws one in to smell a bit longer, and a bit deeper.

The trajectory to the dry down isn’t a long and complicated one, and for the most part, Alaïa Paris feels relatively linear (i.e. it doesn’t change a huge amount over time).  That said, the cold and aloof quality diminishes with time and a warm musk unfolds giving a skin-like impression.  I don’t find the base to be particularly animalic (there are no barnyards here, you’ll be pleased to know), but I do find it to have an almost human feel, evoking just a hint of warm bodies.

Alaïa Paris exists as the perfect olfactory representation of the Azzedine Alaïa aesthetic.  Fashion and fragrance are perfectly in tune here, and that feels somewhat of a rarity these days.  I don’t think it makes a bold olfactory statement as such, meaning that it’s not going to be trendsetter or anything particularly weird and wacky, but it is unique and it doesn’t smell like a lot of designer fragrances out there, which is always a fact to be celebrated.

In preparation for this review I have spent some time reading about Azzedine Alaïa and his designs, and the words that come up repeatedly are ‘structure’ and ‘sculpture’.  Alaïa Paris is a perfect example of a finely sculpted piece of olfaction, where the materials themselves not only fascinate individually, but also create something beautiful with the way that they intertwine with each other.  Much Like Alaïa’s couture, Alaïa Paris is designed to be sculpted to the feminine form, and I for one, think it succeeds. That said, I don’t think that everybody who smells Alaïa Paris is going to like it, and that’s a good thing.  To be divisive is to cut against the grain and to be interesting, and in all honesty that should be what fragrance, and fashion of course, is all about.

This entry was posted on Wednesday, August 19th, 2015 at 2:39 pm and is filed under Candy Perfume Boy, Fragrance, Tried & Tested. You can follow any responses to this entry through the RSS 2.0 feed. You can skip to the end and leave a response. Pinging is currently not allowed.

@escentual @whatlauraloves Thanks so much for being part of our #SunPoverty SPF Application video, Laura! ☀️❤️
2 days, 16 minutes ago • reply • retweet • favourite

@escentual Where have you clipped your #SunPoverty Escentual SPF50? Show us using #HowDoYouClipIt or join the challenge on our… https://t.co/MN5GURH5ul
2 days, 22 hours ago • reply • retweet • favourite