Narciso Rodriguez For Her L’Absolu 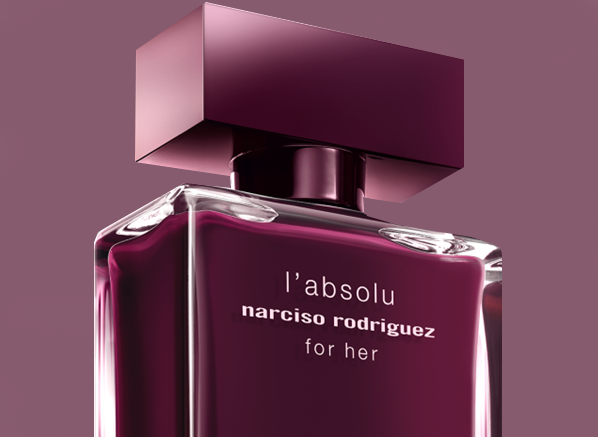 Narciso Rodriguez has always struck me as a designer with a very clear point of vision.  He executes in his couture, and with the fragrances his brand offers, a purity of design that feels utterly natural and entirely complex.  His perfumes come as scented colour blocks – totems of femininity and masculinity that capture the essence of the sexes, from their cores to their eccentric nuances.  Rodriguez has an innate understanding of the human form and he has worked with some of the industry’s finest noses to create a wardrobe of scents that dress the wearer in sublime finery.

for her, Narciso Rodriguez’s debut fragrance has taken its place in the annals of the Perfume Hall of Fame, and is somewhat of an icon at this point.  Perfumers Christine Nagel and Francis Kurkdjian reinvented the age-old chypre in for her, and created a modern fragrance with a vintage feel, replacing mosses with musks to fashion something pretty, yet abstract.  For 2015, Narciso Rodriguez is launching a brand new interpretation of for her entitled ‘L’absolu’. and this time he is spoiling us with something a little bit more luxurious, and with a bit more ‘body’ – a fragrance that is simply intoxicating.

Base: Amberlyn, Sandalwood and Patchouli

I’d classify L’absolu as a relatively linear fragrance, especially seeing as the floral signature of the opening remains so strong throughout.  That said, things do warm up as the fragrance progresses, and the domains of vanilla and leather take control.  The vanilla sweetens things and accentuates that silky smooth texture, whilst the leather adds just a touch of human-like funk, which makes L’absolu the sexy little number that it is.  Oh, and a dollop of laundry-like musk has been thrown in to give the whole thing a bit of a lift.

L’absolu is the gleaming ruby in for her’s crown.  It takes the musky, chypre-like signature of the original and warms it up with lots of vanilla, red fruit and leather.  Gone are the ethereal, wispy tones of for her, and instead, L’absolu offers up a soft and sensual blend that is skin-like, and sexier than ever.  This is the type of fragrance to be worn on a date night or to bed.  It craves that moment when someone leans in to inhale it deeper – the intimate seconds before a lingering embrace.  for her L’absolu may be one of many interpretations of Narciso Rodriguez’s debut fragrance, but its delightfully warm tones mark it as something a little bit bolder and cuddly than the original – and there’s nowt wrong with that!

This entry was posted on Friday, September 4th, 2015 at 4:06 pm and is filed under Candy Perfume Boy, Fragrance, New products, Uncategorized. You can follow any responses to this entry through the RSS 2.0 feed. You can skip to the end and leave a response. Pinging is currently not allowed.

@escentual Want to #win all of these niche fragrances worth over £1000? Enter on Facebook: https://t.co/W2bXuhBWos https://t.co/Bhf2tVDl5d
1 day, 4 hours ago • reply • retweet • favourite