A Review of Dior Sauvage 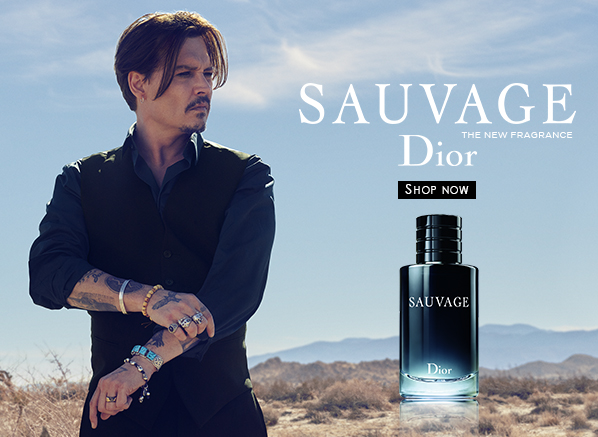 Two words: Johnny Depp.  That’s right, Captain Jack Sparrow his very self is the face of Dior’s brand new masculine fragrance, Sauvage, and whilst he may be an unlikely choice for the brand, the Sauvage name is a slightly more familiar entity for Dior.  Depp and Sauvage represent a more up to date idea of masculinity, one that is rugged and manly, but in the smoothed-over and well-groomed manner that is in tune with the sensibilities of the man of 2015.

Dior describe Sauvage as being “an act of creation inspired by wide-open spaces” and “an ozone blue sky sprawled above a rocky landscape, white-hot beneath the desert sun”, and without offering too many spoilers for the review that follows, I’d say that they were pretty spot on with the delivery of such a fragrant landscape.  Perfume-Creator François Demachy wanted to create a fragrance that was “raw and noble all at once”, and he has done so using the familiar themes of masculine perfumery (citrus and woods), twisting them ever so slightly to fit both the Dior brand and the wildness that the name ‘Sauvage’ evokes. 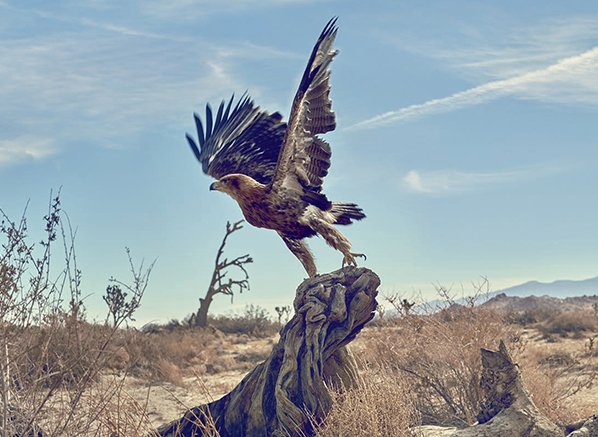 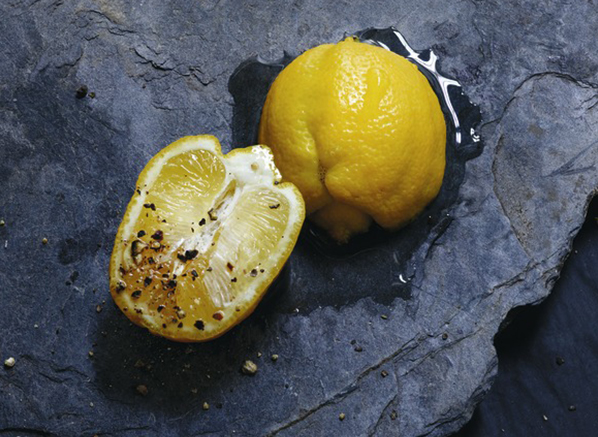 Dior Sauvage’s initial moments are dominated by a white-out of bergamot and pepper.  The effect comes as a bright flash of sweet, dewy citrus that is both crisp and clean, and is supported by an underpinning of freshly-laundered linen sheets flapping nosily in the breeze.  The pepper amplifies the volume, lifting the fragrance into the air and diffusing the notes, twirling them actively to ensure that they feel vivid and enveloping.  In the opening especially, one gets the impression that Sauvage is a fragrance designed to resonate with many modern men, whether they be wild or not, by utilising familiar materials and juxtaposing them with cleanliness and depth.

The core of the fragrance is filled with brush-like shrubbery and rough herbaceous notes. Lavender displayed through a greyscale filter dominates the heart, presenting without sweetness the rocky, mineral-like notes of the flower.  The result is an arid lavender – a barren grey flower that has had its purple essence squeezed out long ago, leaving behind a stone like shadow that hints at the harsh nature of the wilderness.

As Sauvage dries down it really softens to something far removed from the “radically fresh” components of the opening.  The interplay between leather and patchouli is key here, with the sharpness of the latter being smoothed over by the subtly suede-y sweet tones of the former.  But things aren’t entirely smooth in the end, and a touch of vetiver, in addition to some salty musks (that’ll be the ambrosian doing its work), pepper the soft feel to give it a little bit of a kick in the final, lingering moments.

Sauvage is a masculine fragrance that plays a familiar tune, but it plays it well and with exceptional ingredients to boot (as one expects from Dior).  The idea of vast blue skies gravitating calmly over an equally expansive landscape of pale white rocks is so vivid and clear that the wildness of the name seems so perfectly on point throughout.  Of course, Sauvage isn’t as classic as some of Dior’s more iconic masculines, but it’s not supposed to be.  Sauvage is modern, clean and airy, and whilst it may not be as unique, and eccentric as Mr. Depp, it does live up to its inspirations of blue skies and rocky landscapes.

This entry was posted on Wednesday, September 23rd, 2015 at 9:37 am and is filed under Candy Perfume Boy, Fragrance, Tried & Tested. You can follow any responses to this entry through the RSS 2.0 feed. You can skip to the end and leave a response. Pinging is currently not allowed.

@escentual Trying to make it to January payday... #Valentino We have so much love for Kristen McMenamy and @MaisonValentino… https://t.co/Lr664ECUEn
8 hours, 30 minutes ago • reply • retweet • favourite