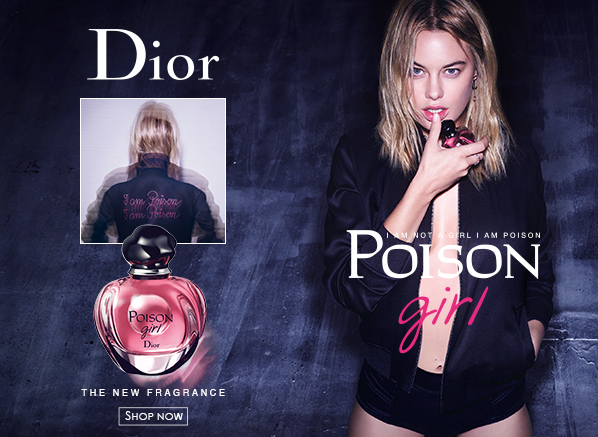 Poison Girl comes from Dior like a war cry.  “I am not a girl, I am Poison”, it says, evoking the idea of a recklessly confident modern women who simply has no damns to give (and why should she?!).  Poison Girl is beautifully toxic but like all things that we should leave well alone, it’s too easy to fall for her rock star charms.  In the history of the Poison series, which started way back in 1985, this new version for 2016 is the most fun, doing away with any dark, vixen-like tendencies of the past and replacing them with mischief and rebellion as the themes du jour.

Created by Dior’s Perfume Creator, François Demachy, Poison Girl is described as a “bittersweet floral” that is “sexy and free”.  It marries three key accords together to create a sense of delectable rebellion, specifically; Bitter Rose, Grasse Orange and Venezuelan Tonka Bean.  As with all things ‘Dior’ the quality of the materials is top notch and they are used to creating a fragrance that is oozing with as much personality as it is delectably smelly treats.  Poison Girl will lure you in with her pinky attitude and once you’re hooked, that’s it.  My advice?  Go along for the ride and enjoy every second. 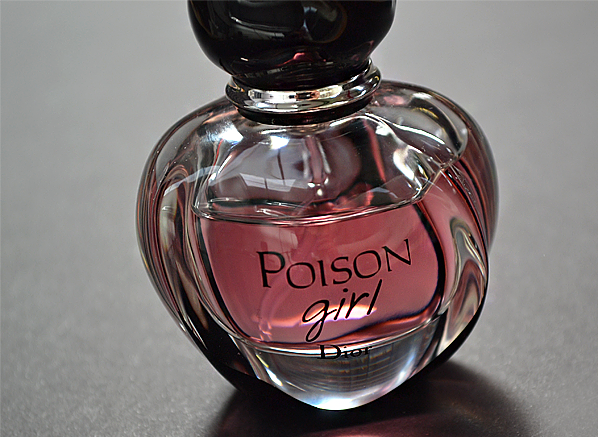 In the top notes, Poison Girl is zesty and tart with lots of orange and cherry.  There’s a real sense of ‘bite’ in the initial moments, almost as a warning that this fragrance is going to be a bit of a wild ride so the wearer, and those within a nearby radius (she’s big and bold, for sure) best hold on for dear life.  It’s this bitterness that sets the tone for Poison Girl – she may be a bit standoffish and brash at first, but she’ll warm to you in time.  This girl isn’t just bitter and toxic though, she’s effervescent too, fizzing with fruits that glow like baby pink neon.

A reckless, roughed-up note of Grasse rose ebbs and flows with those citrus top notes linking them to the plush warmth of the base.  I find the rose to be more of a supporting act rather than key player here, almost as if the rose appears as a small tattoo on Poison Girl’s arm – it adds to the ensemble, letting you know that she’s a vamp, but it doesn’t dominate, simply wrapping everything up in a sweet, rosy bow.

In the base, Poison Girl reveals her secret: the fact that she’s a big softie at heart.  The base notes are a veritable blanket of pillowy vanilla and tonka bean, serving up plushness and cushiony comfort in a delicious form.  Just when one thinks that things cannot be more delicious, an undercurrent of marzipan appears, amplifying the bitterness of the opening, but also rounding the fragrance off with a mouthwateringly juicy almond/cherry facet.

Poison Girl is a Poison for the modern day woman.  It’s perfectly on trend as a fruity gourmand but where it excels is in its excess.  Poison Girl goes further than most fragrances of this style, deep into vanilla heaven and back again. The whole thing is decadent and delicious, and unapologetically so.  Most importantly though, Poison Girl is vivaciously vibrant and fantastically fun, reminding anyone who smells it that in life, it never pays to take everything so seriously.  Poison Girl,  you can’t help but love her.

This entry was posted on Thursday, April 7th, 2016 at 9:57 am and is filed under Candy Perfume Boy, Fragrance, New products, Spotlight On. You can follow any responses to this entry through the RSS 2.0 feed. You can skip to the end and leave a response. Pinging is currently not allowed.

@escentual Do you ever wear a particular perfume because it makes you feel a certain way? We certainly do! And we thought we'd… https://t.co/nnkFkKFwpp
5 days, 6 hours ago • reply • retweet • favourite

@escentual @Jack95862637 Thank you for reaching out. We are so sorry to hear you are experiencing problems with your order. Pl… https://t.co/kqOwj8mVDc
6 days, 5 hours ago • reply • retweet • favourite

@escentual A simple yet effective hydrating skincare routine for men, check! Have you ever heard of Lab Series? 🧴… https://t.co/A02ixAkXhK
6 days, 20 hours ago • reply • retweet • favourite