X is for X Rated Fragrance 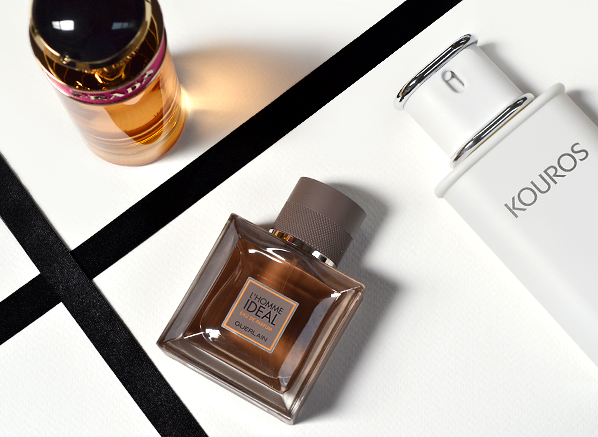 The fragrance industry has always relied on the age old fact that sex sells.  You know what I’m talking about.  You’ve seen the adverts with the scantily clad ladies writhing with ecstasy on a bed, all because they’ve bagged a bargain on satin sheets in IKEA, well something like that anyway.  Or perhaps you’ve seen the print ads with the steroid-fuelled gents whose shiny pectorals almost burst from the page, you know, the ones who are so sexy that their body repels clothing?  Yeah, those guys.  These lovely guys and gals have been convincing us that perfume can make us feel sexy for as long as scents have been on the market, but what really makes a fragrance truly hot?  Is it the ingredients?  The bottle?  Or is it just the person who wears it?

Well, the answer is a combination of explicitly wonderful things but don’t worry, I’m going to keep this post relatively clean and safe for work.  Consider this a guide to the x-rated sex panthers of the fragrance world shaded in the lightest and most innocent baby blue.  We’ll talk about some super sexy scents for sure, but I will leave the filthy bits to your disgustingly vivid imaginations, that way my conscience is clear!  On our journey we’ll look at the everyday sexy scents, you know the ones that one can get away with in every day life before stepping it up a gear with some florals to fancy and finally, we’ll move from the sublimely attractive to the ridiculously irresistible with some obscenities that are rated with three Xs and an explicit content warning.  Let’s hop to it! 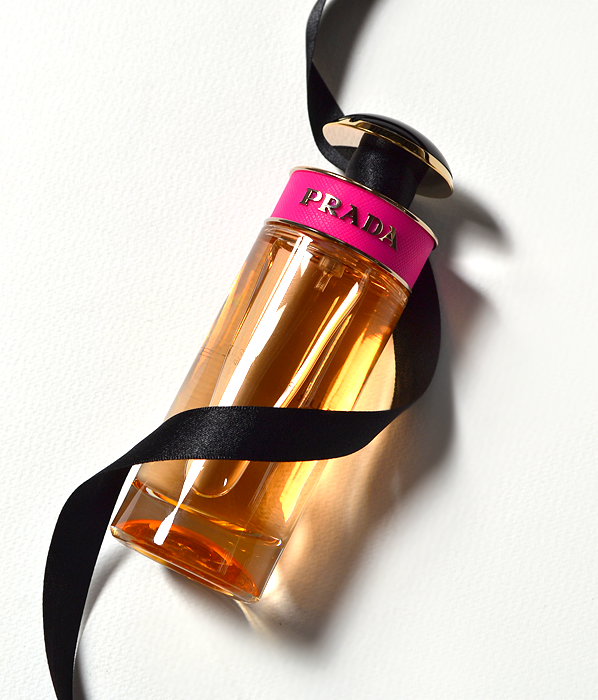 Rated X: Only To Be Worn After The Watershed

For Her: Candy by Prada
They say that the way to a man’s heart is through his stomach, preferably with bacon, which has often been voted as the most pleasing scent a gent can sniff.  Obviously, one does not wish to wear Eau de Bacon (although I’m surprised we haven’t had such a thing from Etat Libre d’Orange…) so in lieu of smoked pork products in bottle form, the best bet is something deliciously sweet, and what is more delectable of a gourmand than Prada Candy?  All that cuddly benzoin and delicious caramel with its underlying honey-funk really makes one think of a flirtatiously free spirit that is artistic and colourful.  Candy is an intelligent and intriguing kind of sexy that suggests a night filled with giggles and charm.

For Him: L’Homme Idéal Eau de Parfum by Guerlain
Sticking on the gourmand wagon for a bit, or the desert trolly should I say, we have something a bit more classic for the gents in the form of Guerlain’s L’Homme Idéal in Eau de Parfum concentration.  This is a gourmand one would describe as suavely sexy due to its more refined use of crunchy almond notes and woods, but as it dries down, boy do things heat up.  This particular ideal man has silky underwear made out of the most attractive vanilla a guy or girl could ever hope to sniff.  It’s warm, spicy and sweet with a velvety texture.  It gives the impression of mahogany colours and once one has jumped into bed with it, well, it’s not easy to find the will power to get out again, let me tell you! 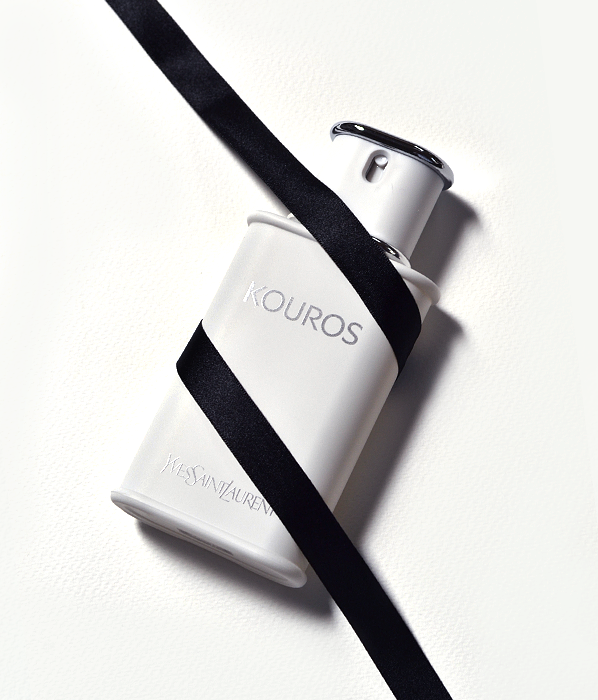 For Her: Fleurs d’Oranger by Serge Lutens
Let’s turn the heat up a little with nature’s natural aphrodisiacs: the florals.  Orange blossom is a sparkling, fresh flower with dirty undertones of beeswax and honey, making for a euphorically erotic experience.  What’s more, if you mix it with some sweaty cumin, as seen in Serge Lutens’ Fleurs d’Oranger and you have something so naughty that it’s channeling Carry on Up the Orange Grove!  Fleurs d’Orange plays a double entendre, because on the surface it’s a lovely summer floral, all zesty and airy in its Liberty print summer dress, but underneath it’s rocking some properly provocative pants – undergarments that will have you saying ‘Ohh err, Mrs’.

For Him: Kouros by Yves Saint Laurent
Kouros is the stuff of legend, I mean it’s named after a Greek God for a start, which sets it in good stead for being an olfactory icon.  But what actually makes Kouros so infamous is just how downright filthy it is.  Well, I tell a lie actually, it’s the clash between its cleanliness; the cool incense and citrus, which has a strangely sterile feel to it, almost evoking the impression of a gleaming bathroom that has just been scrubbed, against the pure and utter filth of the sweaty, clove spice and indolic florals.  Kouros is the perfect example of the human attraction to the pleasantly unclean, like the scent of a clean armpit or an athletic body ready for a shower.  Let’s call Kouros sports sexy and on the right gent, it’s hard to ignore. 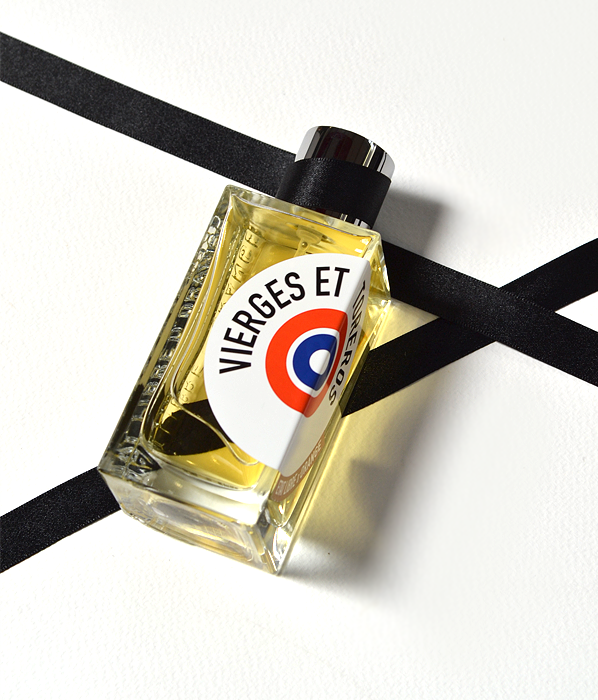 For Him: Vierges et Toreros by Etat Libre d’Orange
The big surprise here is that i didn’t pick Etat Libre d’Orange’s Sécrétions Magnifiques as my erotic big gun for men.  Yes, that’s the one that smells like bodily fluids, but it’s far too clinical to be sexy, in fact, the only way to wear those magnificent secretions is with a HAZMAT suit which, let’s face it, is not the look.  Instead I have picked out Vierges et Torreros, The Virgin and The Bull Fighter, which is a floral leather fragrance that is as attractive as a bullfighter’s buns in those tight trousers.  This is a smoky campfire of a leather fragrance, accented by the bold sweetness of tuberose and the unusual metallic tones of pepper and patchouli.  It paints the picture of a bold and masculine man that is ready to seduce.  The question is, are you ready to be seduced?

So that’s your lot – your round-up of some of the fragrance world’s sexiest scents, ranging from the post-watershed gourmands all the way up to the heavy hitters of the restricted section.  It’s been a wild ride but if there is one thing you take away from this article, it should be this: there is more than one type of sexy and one person’s olfactory viagra is another’s cold shower, so as always wear what you think smells great on you, not what the ads may tell you to wear!  Be comfortable in yourself and your fragrance and you can never go wrong.

I adore this scent and it has become my signature scent. Warm, exotic, sexy, it stays with you throughout the day. Definitely a scent for a strong, confident woman, it speaks of vibrant colours and silks and luxurious surroundings. Bitter orange with a taste of cinnamon and cloves. Perhaps too strong to have mainstream appeal for many women, but definitely a winner for me.

This entry was posted on Wednesday, June 8th, 2016 at 12:37 pm and is filed under Candy Perfume Boy, Fragrance. You can follow any responses to this entry through the RSS 2.0 feed. You can skip to the end and leave a response. Pinging is currently not allowed.

@escentual This #TextureTuesday is dripping in gold!✨ From eye serums and floral-scented oils to Vitamin C capsules, this ultr… https://t.co/cN3I6B4y9S
6 hours, 10 minutes ago • reply • retweet • favourite