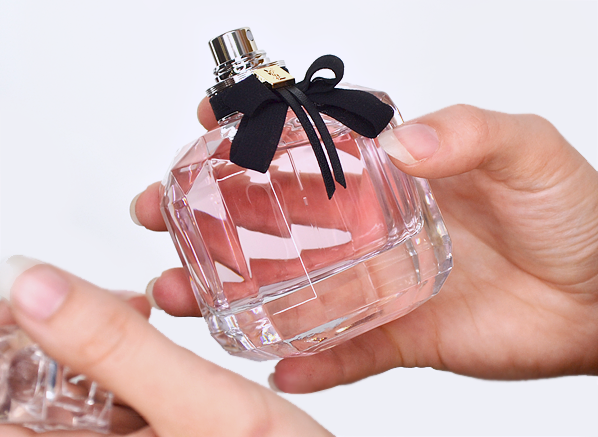 Ahh, the twinkling lights of Paris – is there anything better?  Well, there’s certainly no place better as those of you who have traversed the beautiful streets of the City of Lights will know.  They say that Paris is a romantic city – a place to fall madly and deeply in love and that is no lie, because it’s the place that one falls in love with.  If one happens to snag a handsome French boy or girl whilst they’re there, well, that’s just an added bonus!  Paris is a place of unending beauty, from the architecture to the food and to the people that sit on the streets, eating it with that effortless French style.  It’s a place where style and elegance are in the very DNA and pulse of the streets.  There’s always something to do, someone to see and adventures to be had. That’s my Paris anyway – the Paris that I see when I visit.

Yves Saint Laurent, that bastion of French fashion knows a thing or two about Paris, after all, they’re were not only birthed in this city by their founder Yves Saint Laurent, a man who had the house of Dior running through his veins, but they also bottled the spirit of the city in one of the world’s greatest perfumes: a fragrance that they could only call ‘Paris’.  It was with this fragrance and the likes of Opium, Rive Gauche and Kouros (I really could go on…) that YSL became a factory for olfactory legends.  Legends that still inspire and captivate the emotions to this very day.

As with all brands, YSL look to take inspiration from their legendary fragrances, presenting new twists on their iconic signatures.  Most recently they have had tremendous success with Black Opium, a modern and gourmand take on their iconic spice bomb from the 1970s.  Straight off the back of this huge hit, YSL have decided to give the legendary Paris the ‘Black Opium’ treatment with a brand new flanker that injects a modern twist into the fragrance.  Actually, scrap that.  Mon Paris is an entirely new fragrance that explores flowers and fruits – a Paris for 2016 and a new chapter in the YSL oeuvre. Let’s sniff. 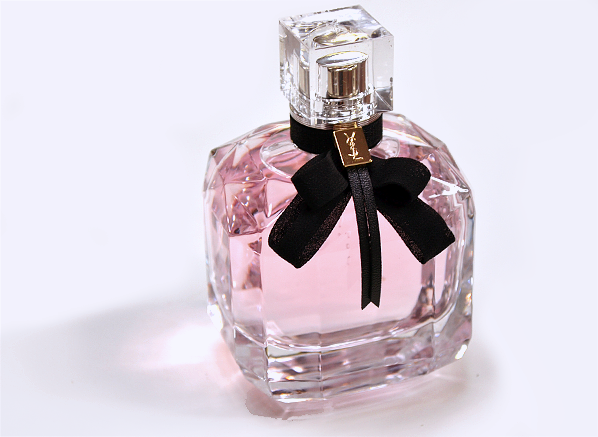 Base: Patchouli, White Musks and Ambrox

First things first, the Mon Paris of 2016 does not smell like the Paris of 1985 – they are two entirely different animals, created for different women of different times.  That’s not to say that they can only be worn by their respective generations, far from it in fact, but they are products of the trends during their decades.  Paris comes from a time of pastel coloured rose, violet and mimosa blooms – a time where atomic aromachemicals exploded from the bottle to create monstrous sillage (those were the days, I tell you) whereas Mon Paris comes straight from this current decade where edible berries, diffusive musks and creamy vanilla dry downs rule the airwaves.  So, if you are looking for Mon Paris to be something akin to the Paris of 1985, you’re best looking elsewhere because this interpretation of Paris, much like the city itself, is entirely anew.

Mon Paris opens with bubbly red fruits.  It has an abstract feel to it, one that carries through much of its development in fact, that prevents the ingredients from being particularly identifiable.  Instead, one is treated to an impression of sweet red fruits up top – a juicy confection that comes wrapped in a transparent, lipgloss sheen.  Thankfully, Mon Paris avoids the trap of presenting a sickly sweet soup of stickiness (alliteration for the win) by throwing in the sharp sparkle of bergamot, a note that adds a mouthwatering juiciness to things.

The heart is once again, abstract, offering up a bouquet of white flowers that don’t smell of any one flower in particular.  The impression here is soft and delicate, like a sheer veil of or a floral mist.  It’s effortless and weightless, and it plays wonderfully into the hands of the heavier base materials.  Speaking of the base, Mon Paris displays an incredibly au courant dry down of vanilla and white musks, the former of which brings velvety sweetness in waves whilst the latter propels everything up into the atmosphere to give it a rather notable size.  If I could sum the whole scent up in one pithy description I’d call it ‘transparent Parisian candy’.

Mon Paris smells perfectly on trend.  It’s a vivacious blend of vibrant fruits, bursting with sugary sweetness, effervescent flowers and soft vanilla.  I’d say that it’s not surprising or new but what it adds to the plethora of edible fruity florals out there is a glistening transparency that isn’t always seen in this style.  Mon Paris, like the city’s streets, will flirt with you – it will dazzle you with brightness, noise and gourmand delights, but it wont give you an overdose.  Instead, Mon Paris gives one just enough to keep them hooked – to guarantee that they will visit again, and next time they’ll be desperate for that second hit.

This entry was posted on Wednesday, July 13th, 2016 at 11:44 am and is filed under Candy Perfume Boy, Fragrance, New products. You can follow any responses to this entry through the RSS 2.0 feed. You can skip to the end and leave a response. Pinging is currently not allowed.

@escentual Our tip to get through #BlueMonday is to spray your favourite mood-boosting fragrance. What scent have you got on t… https://t.co/xzWEQURcKs
3 days, 6 hours ago • reply • retweet • favourite