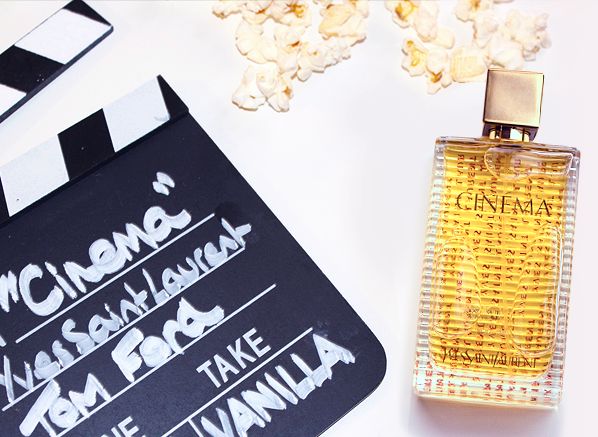 There is so much perfume out there and with every passing year there is more.  In 2016 alone, there will be over 1,000 new fragrances launched on the market, which means that is harder for the good stuff to stand out.  Understandably, with so much noise out there, it’s often difficult to keep up and one’s attention immediately gets directed to all that is new and exciting.  But what about those hidden gems that sit on the shelves amongst all this newness?  How do we make sure that they maintain their time in the spotlight?  In this new series, entitled ‘From the Archives’, I’ll be doing exactly that: showcasing noteworthy fragrances that aren’t brand new.  These scents aren’t the classics or the icons of perfumery, but they are damn good scents worthy of a sniff!

Our first retrieval from the archives is a fragrance from 2004: Yves Saint Laurent’s Cinéma.  Created under the direction of fashion-legend Tom Ford by perfumer Jacques Cavallier (the nose behind L’Eau d’Issey, amongst many other greats), Cinéma is one of YSL’s most underrated offerings.  The fragrance intends to capture the glamour of the movies and turn its wearer into a Hollywood star, being the perfect thing for “glamorous women who live under the spotlight”.  What better place to start our ‘From the Archives’ series with something that evokes Hollywood style and timeless beauty.  So, make sure you have your popcorn purchased, your tickets at the ready and your mobile phone switched to silent, because we’re going to the movies, people. 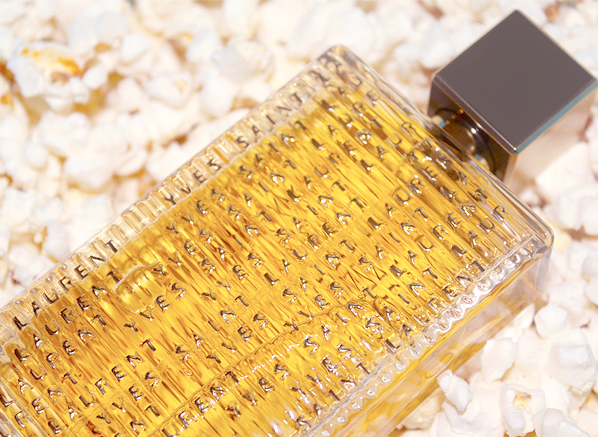 Base: Amber, Musk and Vanilla

Given YSL’s track record for bombastic, stadium-filling perfumes, you know, the likes of Opium and it’s H-Bomb of spice, not to mention Paris, with its ocean of pastel-coloured flowers, one could be forgiven for thinking that Cinéma would be an epic on the scale of Lord of the Rings – a Titanic adventure of romance, bloodthirsty revenge and melodrama to sweep the board at the Oscars, but interestingly, Cinéma is not that fragrance. No, Cinéma is more in tune with a glamorous indie film in French or Italian, one where an effortlessly beautiful actress, let’s say Catherine Deneuve or Sophia Loren, slays every emotion without even batting an eyelid. Yes, that’s more like it. Cinéma is cinematic glamour encapsulated as scent.

As you may have guessed, this theatrical experience is something rather muted.  It opens with a pastel filter in place, setting the scene with muted oranges, browns and beige.  The soft fizz of citrus can be heard as the image comes into view.  Oranges and clementines ring in the opening titles with an optimistic feel.  The scene that is set is one of a lively dinner table outside on the veranda, at which our actors dine on citrus cocktails and almond tarts as the plot allows for their drama to unfold.

Cinéma is a fragrance that celebrates unconventional beauty, coming across as more Tilda Swinton than Taylor Swift by opting to present muted glamour over showy enthusiasm.  It makes sense then, that the flower at the centre of Cinéma’s dramatic arc is not a rose, a jasmine or a tuberose, no, in this off centre masterpiece the under appreciated beauty of the mimosa is the screen siren.  Mimosa smells fascinating, it’s powdery and pollen-like, with a milky green undertone, not to mention the honey like nuances! Oy! Mimosa surely is a complex character and to Cinéma she brings a sunny floral disposition, but also an aloofness that leads one to believe that they will never truly know her.

If beautiful, citrus scenery is Cinéma’s first act and the second an ode to detached beauty, the final stage in this tale is one of tenderness.  Vanilla and amber, notes that are usually so bold and enveloping, join the ensemble cast as supporting players who don’t steal the scene.  With their sweet powdery tones, which aren’t unlike theatrical makeup and auburn velvet, these two notes take one away from the screen and into the theatre itself, amongst the enraptured audience and the dusty air.  It’s a touch of realism in a world that celebrates the imagined and the fantastical, providing a comforting end that makes one realise that you have been the star of Cinéma all along.

Cinéma may not be a blockbuster of a scent that breaks the box office with bold olfactory action.  It’s the critics choice: a scent lauded for its beauty, paired-back yet meticulous cinematography and complex script.  The performances of its notes are flawless, presenting complexity, nuance and heart aching beauty in the softest, most measured way.  It would be easy to ignore Cinéma on the shelf and to reach for something immediately more eye-catching, but unlike Opium, Paris or Rive Gauche, YSL’s other masterpieces, Cinéma has something unusual in the form of a caressing warmth of oriental tones painted in light brush strokes. It’s an Oscar-winning perfume if I ever sniffed one.

This entry was posted on Wednesday, September 28th, 2016 at 2:35 pm and is filed under Candy Perfume Boy, Fragrance, Tried & Tested. You can follow any responses to this entry through the RSS 2.0 feed. You can skip to the end and leave a response. Pinging is currently not allowed.

@escentual You may have heard about vitamin c and retinol, but what about #niacinamide? 👀 The unsung hero, niacinamide helps… https://t.co/gZCydpByKY
1 day, 10 hours ago • reply • retweet • favourite