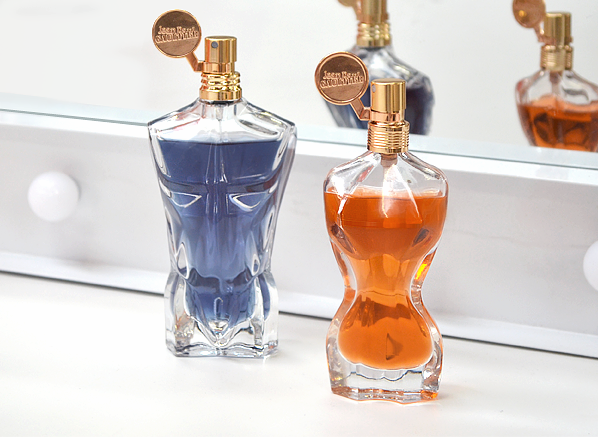 Jean Paul Gaultier’s Classique and Le Mâle are a true celebrity power couple.  Forget Posh & Becks, forget Barack & Michelle and definitely forget Kimye, because we’ve got the Sailor and his Burlesque Muse and they’re way cooler.  Monsieur Mâle and Madame Classique burst out on the scene in the 90s, the decade of supermodels, grunge and questionable dance crazes (The Macarena, anyone?!).  Housed in tin cans and shaped like the voluptuous and rippled beheaded bodies of women and men, Gaultier’s flagship couple made an impact more than any other legendary pairing, accompanying the youth at the time on the most important journeys of their lives, through breakups, makeups and misspent nights on the town.  They are very dear to our hearts.

But as we all know, celebrity is fleeting and one’s star power wanes with time and these power couples never tend to last (long live Hiddleswift 2016!).  Luckily for the perfume industry’s most sought after couple, fame and fortune are never depleting, but as with all things in the public eye (or public nose, I should say), these two have to work very hard to stay ahead of the curve.  So this year, Classique & Le Mâle have gone under the knife for some serious reconstructive surgery to bring them fully and wholly bang up to date.  They have a new look, a new name scent and a new name, they are the Essence de Parfum duo and they’re just as fabulous as ever.

Classique has always been a glamour puss of a fragrance – all rouge, powder, satin sheets and flowers.  In her Essence de Parfum guise, Classique ditches the silk bath robe and fluffy heels for something much more couture.  That’s right, Classique steps out on the red carpet dripping in gold avant-garde glamour a la last year’s technology-inspired Met Gala. She’s fierce, fabulous, fashion-conscious and ready to take centre stage.

Classique Essence de Parfum opens with a modern take on a classic trope.  The sparkling aldehydes that announce the arrival of many a glamorous floral have been replaced with something entirely contemporary: sherbet.  Clouds of tart, sugary glitter explode like a thousand flash bulbs going off, hinting at the many paparazzi that capture every twirl as Miss Essence struts down the catwalk.

The flowers at the heart of the fragrance are the opulent and showy blooms of orange blossom and jasmine.  They add something silky yet voluptuous, allowing Essence de Parfum to be smooth yet loud.  As the fragrance dries down it becomes much creamier and gourmand, revealing an undergarment of intricately laced together Chantilly cream and vanilla.  In comparison to the effervescent florals that come before it, the base is a soft and delicate finish to a bold and boisterous fragrance.

Essence de Parfum is Classique elevated.  The romantic, operatic tones of boudoir chic are out and the sex bomb package of metallic gold mini dress and bedazzled Gaultier stilettos is well and truly in.  Essence de Parfum is fizzy, fun and thoroughly modern.  She takes no prisoners and is likely to turn all who wear her into red-carpet-ready glamazons.  Classique Essence de Parfum is just the thing if you wanted the glamour of Classique but lusted after something a little bit more modern.  It’s less powder puffs and pink slips and more power suits and Louboutin pumps. 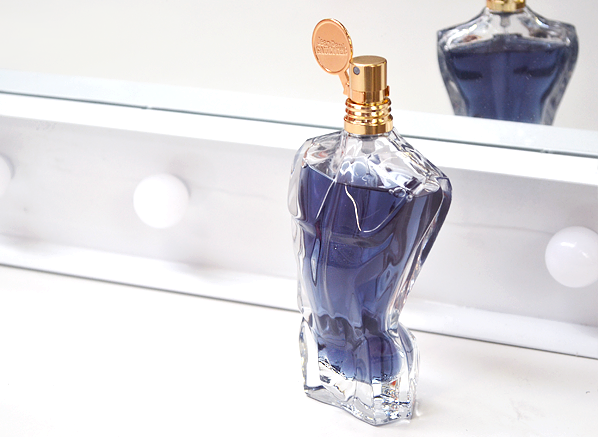 Top: Cardamom and Citrus
Heart: Lavender and Leather
Base: Woods and Costus

Le Mâle is a fragrance that holds a special place in my heart because it was the scent I wore during my teenage years.  It always struck me as a reckless fragrance – a scent that was going to love and fight in equal measure, getting itself in trouble all over town.  Le Mâle spends as much time in the gym building his biceps as he does plucking his chest hair and it would be fair to call him a loveable rogue.  But what of Le Mâle Essence de Parfum?  Is he just as loveable and erm, roguish?

From the initial sniff, it’s clear that whatever procedure La Mâle has undergone for Essence de Parfum it has resulted in him growing up one heck of a lot.  He feels taller, bulkier, more defined and much sharper.  This is Le Mâle inspired by Metropolis, where our leading lad is an attractive robot, all chiselled and steely, but with a heart of pure gold, or is it lead?  He is the angular counterpart to the vivacious curves of his love, Classique Essence de Parfum.  The opening is aromatic and sharp with bubbling citrus notes and warm spice.  Cardamom rumbles with a metallic, masculine growl that signals Le Mâle clearing his throat and getting ready to seduce with his deep, manly voice.

Essence de Parfum takes Le Mâle’s effeminate barbershop accord and matures it by playing with a more traditional fougère theme.  Leather adds a deep, underlying warmth that is ever so slightly animalic and a touch smoky too, whilst the bold lavender of the original is less neon purple and more steely grey in tone.  The whole thing is much woodier too and rounds off on a cedar-esque base of spiky, herb-inflected woods rather than the vanilla baby powder of the original.

Le Mâle Essence de Parfum shares a lot in common with the original.  Le Mâle was the first fragrance created by Francis Kurkdjian who was, at the time, the new kid on the block.  Perfumer Quentin Bisch, a rising star in the perfume industry who already has a good few hits under his belt, is the one tasked with recapturing the magic of the original whilst bringing it forward 20 years into today’s styles and tastes.  He’s done a very good job and really, the Le Mâle of 1995 and the Essence de Parfum of today are two completely different beasts.  This new one has lived quite a life, grown up a bit and less showy with age, that’s for sure.

What do you think of this new era for Classique and Le Male? Let me know in the comments!

This entry was posted on Wednesday, October 5th, 2016 at 2:46 pm and is filed under Candy Perfume Boy, Fragrance, Men, Tried & Tested. You can follow any responses to this entry through the RSS 2.0 feed. You can skip to the end and leave a response. Pinging is currently not allowed.