This Is Zadig & Voltaire! 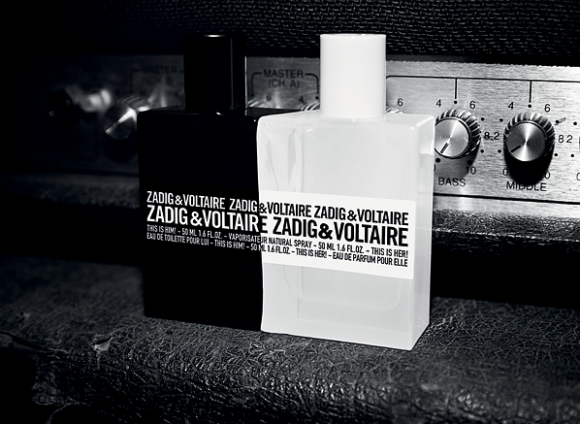 Zadig & Voltaire is the coolest thing to come out of Paris since the macaron.  Their fashion output is just so effortless and stylish that it almost hurts.  The brand celebrates the city of lights with a ‘rock spirit’ that is rebellious and rugged.  Taking inspiration from their home city, as well as music and art, Zadig & Voltaire have rocked fashion to its core, offering luxury clothing for the modern youth since 1997.  They are simply very cool in the most Parisian of ways.

As with all fashion brands, Zadig & Voltaire have felt an urge to bottle their aesthetic in fragrant form.  Their debut fragrances, ‘This is Her!’ and ‘This is Him!’ perfectly capture their unconventional style with two scents, one for her and one for him, that feel like sprayable cool. Without bells or whistles, the Zadig & Voltaire fragrances shout “This is Them” and “This is Us”, presenting the brand’s rock chick in olfactory impressions that are unconventional and unfussy, not to mention completely delectable! 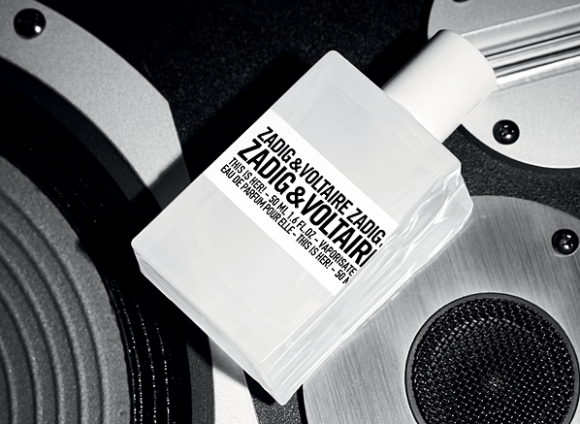 How Does it Smell?
The first time I sniffed This is Her! I had, what I like to call, a ‘what the smell?!’ moment.  You know what I’m talking about, right?  Those moments where you sniff something and you’re not entirely sure what it is, but you know you like it.  This is Her! was one such moment and upon first sniff, I knew I liked it and that what I was smelling was completely familiar, but I couldn’t quite place it. Thankfully, a good friend put me out of my misery and said “it’s L’Oreal Elnette, isn’t it?” and it is – This is Her! smells like my mum at the hairdressers circa 1998 and it’s wonderful.

This hairspray flair in the top notes feels as if it’s attributable to mineral tones clashing against a stark nuttiness, but it’s just as fleeting as the real thing.  With time, the nutty tones of This is Her!, which could also be described as ‘biscuitty’, intensify, swirling into a gourmand festival of creamy sweetness.  There is a touch of something fruity in the background, perhaps some apricot, and a whole heap of vanilla-soaked sandalwood, that swirls delightfully into a plush, creamy base of pure decadence.

This is Her! is great fun and it really does live up to its rocky vibe by presenting a subversive fragrance that is attractive but in an unexpected way.  It’s a distinctly casual fragrance, one that a gal (or adventurous guy) could throw on every single day without thinking about it.  This is Her! is for girls that court the unconventional and celebrate their unique identity.  It’s for those who just want something a little bit different – not drastically so, but enough to say, I march to the beat of a different drum, and that beat is funky as hell. 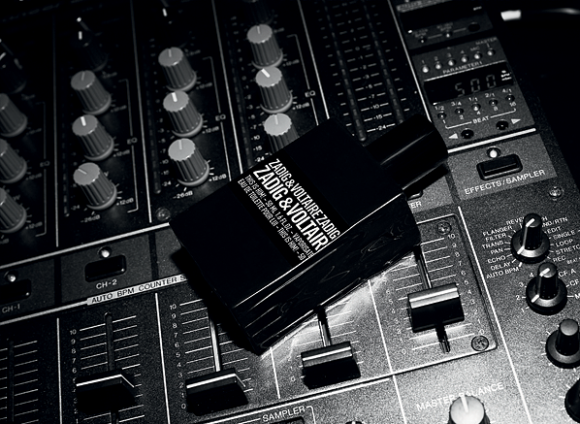 The Notes
Top: Black Pepper and Grapefruit
Heart: Vanilla and Incense
Base: Sandalwood

How Does it Smell?
So This is Her! presented us with hairspray, white chocolate nutella and a carefree attitude, what does This is Him! her male counterpart have in store?  Well, it’s more of the unexpected, that’s for sure!  For me, mainstream masculine fragrances are a mixed bunch and often tread the same path, offering up more of the same just in a different bottle.  This is Him! is not one of those scents and it does what so many masculine fragrances promise to do, but fail to deliver: it smells super sexy, like REALLY sexy – like Gaspard Ulliel levels of sexy.

This is Him! is all about vanilla, but not the sickly sweet kind. No, This is Him! boasts a sexy, mahogany-style vanilla that smoulders like Jamie Dornan in well, just about everything Jamie Dornan has ever been in.  There is spice, smoke and amber to this vanilla, creating a texture of candy floss but an odour that is leathery and woody, far removed from anything that is likely to cause a toothache.  This all creates a spirit that is attractive and complex, but not domineering.  In fact, This is Him! is so laid back, I reckon he’d be more than happy following This is Her’s! lead.

I really like This is Him! It evokes the image of a guy who just looks good no matter what he wears because, let’s face it, this is the kind of fragrance that could be worn with absolutely anything. I smell it and think of a young Parisian with swagger (a much cooler guy than I). He loves art, culture and fashion, but most importantly, he loves his city. This is exactly the kind of scent young chaps of today should be wearing. I certainly wouldn’t complain if I smelled it on a handsome Parisian, that’s for sure…

Have you tried the Zadig & Voltaire fragrances?  Which is your favourite?  Let me know in the comments box below!

Zadig & Voltaire This Is Her! Eau de Parfum Spray 30ml

Zadig & Voltaire This Is Him! Eau de Toilette Spray 30ml

Zadig & Voltaire This Is Her! Body Lotion 200ml

This entry was posted on Wednesday, October 26th, 2016 at 12:07 pm and is filed under Candy Perfume Boy, Fragrance, Men, New products, Tried & Tested. You can follow any responses to this entry through the RSS 2.0 feed. You can skip to the end and leave a response. Pinging is currently not allowed.

@escentual Kick off the Christmas party season with great hair and makeup! Choose your Christmas party look with the help of u… https://t.co/wDbqQGyKbL
1 day, 6 hours ago • reply • retweet • favourite

@escentual How are you going to wear your hair for the Christmas party season?🥳
1 day, 9 hours ago • reply • retweet • favourite

@escentual Do you ever wear a particular perfume because it makes you feel a certain way? We certainly do! And we thought we'd… https://t.co/nnkFkKFwpp
6 days, 16 hours ago • reply • retweet • favourite