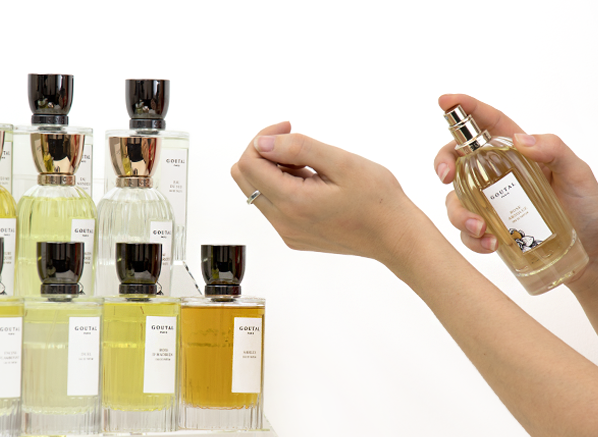 The name ‘Goutal’ is synonymous with artisanal perfumery in the same way that Aston Martin is tied to automobiles. It is a luxury brand that doesn’t trade on the idea of luxury – that is to say that Goutal cares about making beautiful fragrances, scents that say something meaningful, presented in attractive bottles, rather than being blingy or showy. The fragrances speak for themselves and since the brand launched as Annick Goutal in 1981, it has created a wardrobe of perfumes with unending beauty. But now in 2018, Annick Goutal enters a new chapter, with a new look, a new name, and an edited collection. In this post, I aim to bring you up to speed with the changes and showcase some of the highlights from the collection.

So what’s changed? Well, first and foremost the name has switched from ‘Annick Goutal’ to ‘Goutal Paris’, focusing on the house itself and its heritage as opposed to the founder. The look is different too, with new and very handsome bottles, each with a beautiful pleated design – one for the brand’s feminine scents and one for the shared fragrances within the collection. The collection itself has been edited slightly and some of the scents have been discontinued but many of your favourites remain, each of which lives up to the new strapline “Goutal transforms emotions into perfumes & perfumes into stories”.

At Goutal Paris, every fragrance tells a story and it’s these olfactory odysseys that are now front and centre within the collection. They travel the world and explore history, regaling the wearer with stories of exotic places and defining moments. Through the finest of ingredients, Goutal Paris crafts perfumes that strike the perfect balance between saying something intriguing and smelling good. It’s a superb collection of scent and in this piece, you will find my highlights, each of which showcases something fascinating and beautiful from Goutal Paris. 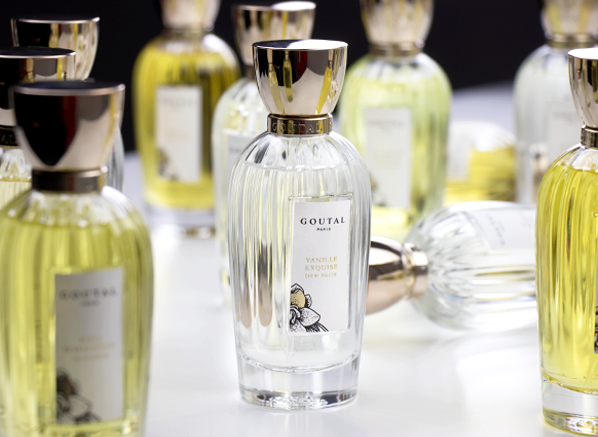 A lost scroll – a message in a bottle – the tale of being stranded on a desert island, one so beautiful you wouldn’t want to leave.

If you were to be stranded on a desert island you’d at least want to smell good whilst you were there and if Vanille Exquise was your desert island sniff, well, you’d certainly achieve that! We’re used to vanilla being treated as a rich gourmand treat – one that can often send you reaching for the Gaviscon, but Vanille Exquise takes a softer approach, celebrating the many facets of the material, not just the ones that make it a delicious treat. Vanille Exquise smells like the exact point where vanilla and woods crossover, with sweetness and smoke in perfect equilibrium. It will make you think of the finest vanilla extract but also the softest, most expensive of woods, and that’s quite something to behold!

Available in the feminine bottle.

A song of white flowers caught on the breeze during an evening stroll along the terracotta sands of a Mauritian beach.

If you’re in the market for a beautiful and booming white floral then I have just the thing for you and it’s called Songes. Tropical florals, when done right (as this one is), can be the most delightful things on the planet and Songes does not disappoint. Every exotic flower is here – frangipani, with its sweet, almond notes, ylang ylang with its waxy white petals and hot banana facets, and jasmine sambac with its sweet, green facets. It’s an explosion of tropical island flowers with the natural sweetness and creaminess of the blooms accented by bourbon vanilla and benzoin. Songes is heady and gorgeous, with a slightly vintage powdery feel, and it really does evoke the idea of a warm evening stroll on a Mauritian beach. Get me there stat!

Available in the feminine bottle. 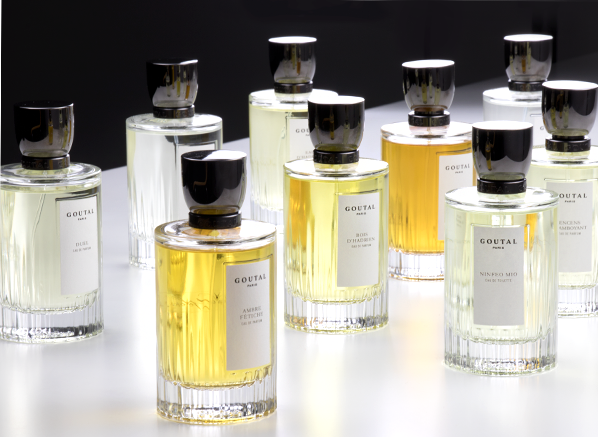 Passed down from generation to generation, this scented song tells the tale of nobility and honour only found during a duel at sunrise.

Imagine the most handsome man you can think of. Picture what he looks like and how he dresses – that’s how Duel smells. It is an incredibly attractive and affable fragrance with a surprisingly soft touch to it, perhaps evoking the idea of the ceremonial aspects of a duel rather than the combat itself. Duel weaves citrus and petitgrain together to create a vibrant floral character with hints of greenery and places it against a backdrop of smooth suede, which in turn is contrasted by the dryness of herbs and the bitterness of absinthe. It’s a complex and nuanced fragrance that smells utterly refined in every way.

An olfactory snapshot of an Italian garden surrounded by the Ninfeo river – a picture book centring on a large fig tree against a landscape of cypress trees and lively waters.

Just about everything in Italy is beautiful, especially the countryside that surrounds the capital of Rome. Ninfeo Meo takes inspiration from the Garden of Ninfa, which straddles the Ninfeo river. At the centre of this garden looms an impressive and ancient fig tree and it is from this that Ninfeo Meo takes its olfactory profile. The fragrance is a celebration of fig, but rather than focusing on the juicy, milky tones of the fruit, it pays attention to the greenery of the leaves and the cool, mineral quality of the bark. Ninfeo Meo smells like the soft air that moves through the tree, with hints of ripe fig skin, dry leaves and sun-soaked wood. It’s stunning.

A tale of discovery – an afternoon spent rifling through the overcrowded shelves of an ancient spice merchant’s store.

Ambre Fétiche is an otherworldly delight – an amber fragrance that smells familiar, yet utterly unique at the same time. The amber accord focused on the contrast between sweet vanilla, fluffy, resinous benzoin, and rich, herbal labdanum. In Ambre Fétiche there is a more savoury quality, where cool, powdery iris, with its grey earthy tones, adds a vintage feel that gives the impression of old books or documents. Wearing Ambre Fétiche you really do feel as if you have stepped into an old store filled with ancient knick-knacks – the type of store that disappears as mysteriously as it appeared. How’s that for an exciting olfactory tale?

The story of the winding coastal paths of Corsica, where one follows the heavenly scent of the ocean and the wild Helichrysum flowers.

Sables is easily Goutal’s boldest and most divisive composition, and how you feel about it will entirely depend on how you feel about immortelle (the everlasting flower with the distinct odour of curry, anise and maple syrup) because Sables puts immortelle front and centre. It has a golden, honeyed quality, which provides an animalic sheen to the hotly spiced immortelle. Black tea brings depth and smoke, wrapping Sables in a rich veil that intensifies its oriental, arid feel. Where so many of Goutal’s fragrances feel intimate, Sables bucks the trend as a dense and lush fragrance for those with a hedonistic approach to life. 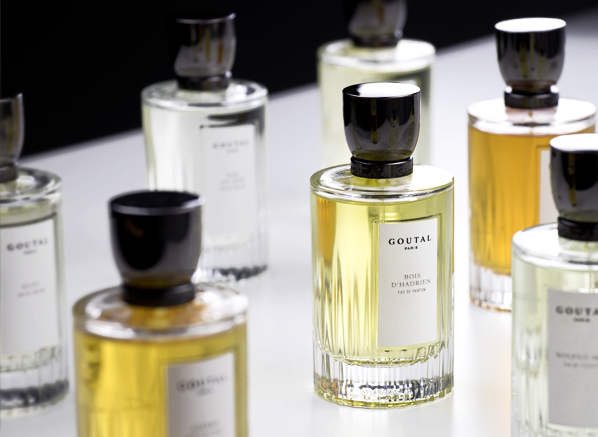 A tale of an evening spent watching the sunset over the auburn hills of Tuscany. The second chapter in Goutal’s Hadrien story.

Seeing as we are looking at Goutal Paris’ new look, it makes perfect sense to end on their latest fragrance launch, and what a launch that is! Perfumer and house founder Annick Goutal created Eau d’Hadrien in 1981, taking inspiration from Marguerite Youcenar’s novel ‘Memoirs of Hadrien’ to create a celebration of hesperides (citrus notes). Fast forward to 2018 and Annick’s daughter Camille has reinterpreted this sunny-citrus style of fragrance with Bois d’Hadrien, a unisex fragrance with warm, glowing notes evocative of life under the Tuscan sun. It smells like wood that has slowly roasted under the afternoon sun, with a wave of sparkling citrus (a resplendent lime note, specifically) and herbaceous basil. It’s absolutely glorious, with a sort-of well-tailored smartness to it, and I think I may have just found my scent for summer 2018.

Available in both the feminine and shared bottles.

This entry was posted on Wednesday, April 11th, 2018 at 3:23 pm and is filed under Candy Perfume Boy, Fragrance, New products, Spotlight On, Tried & Tested. You can follow any responses to this entry through the RSS 2.0 feed. You can skip to the end and leave a response. Pinging is currently not allowed.

@escentual We joined Twitter 12 years ago today! Do we have any followers since then? #MyTwitterAnniversary https://t.co/hGNkVt0K8x
8 hours, 22 minutes ago • reply • retweet • favourite