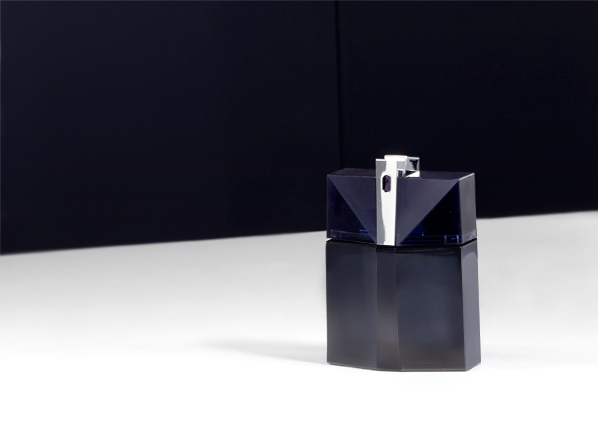 Inside a grey cuboid space, a solitary sleep pod sits in the centre of the screen. Strips of violet-coloured lighting traverse the floor and walls, ebbing and flowing with light in a synchronised manner. The slow roar of engines and the hum of space surround the room but are muted by thick, ceramic walls. What is left is soft, pulsating vibrations in the rhythm of a heartbeat – the slow, sleepy inhales and exhales of an engine in autopilot.

We move slowly towards the pod, the camera panning across the floor until the sleeping vessel fills the screen. Tense, orchestral music plays in the background. As we pan up the side of the pod the music rises to a crescendo and then stops, abruptly. Slowly with great anticipation, a body is revealed as we move from his feet to his face. He is still beneath the glass, unmoving and preserved with the solid nature of crystal.

We rest on his face – an ethereal marvel with its angular lines and pearlescent skin. There is silence. After a few moments his eyes open.  The sounds of the craft grow steadily into a heartbeat in the background, bursting forth into a military drumbeat. He stares intensely for a few seconds, his amethyst eyes glowing directly into us, bearing into our soul. He has arrived.

Please forgive me for starting this review somewhat dramatically, but seeing as Alien Man is the first standalone masculine fragrance from the house of MUGLER (which is my favourite house of all) since 2004, I feel as if I need to capture the epic nature of this moment in just the right way. And a faux screenplay is a pretty epic way to celebrate, no? You see, MUGLER does not make fragrance like anyone else. For a start, they really don’t rush things and go against the industry grain, which likes to see a brand new pillar fragrance ever year – heck, MUGLER don’t even do one every five years – they take their sweet time and it shows in their innovative, daring compositions.

A MUGLER fragrance is like a Kubrick film – it challenges, shocks and defies. It is not created to please all, in fact it is created to only satisfy those that understand the DNA of the brand – those that dare to be different and revel in the dangerous beauty of life. MUGLER is not pretty – MUGLER is extra-terrestrial, celestial and Amazonian. MUGLER fragrances are simply not for everyone.

So since releasing fragrance since 1992, MUGLER has only amassed four pillar fragrances; Angel, A*Men, Alien and Aura. Alien Man is the fifth instalment in the MUGLER franchise and it follows the blockbuster Alien as its masculine counterpart. MUGLER describe it as a “bold” and “sensual” fragrance that “exudes positive energy”. Where Alien was the solar goddess bestowing the world with fragrant rays of jasmine, Alien Man is cooler and calmer, bringing a lunar glow to the MUGLER odyssey through three olfactory accords – or as MUGLER describe them, three ‘vibrations’. 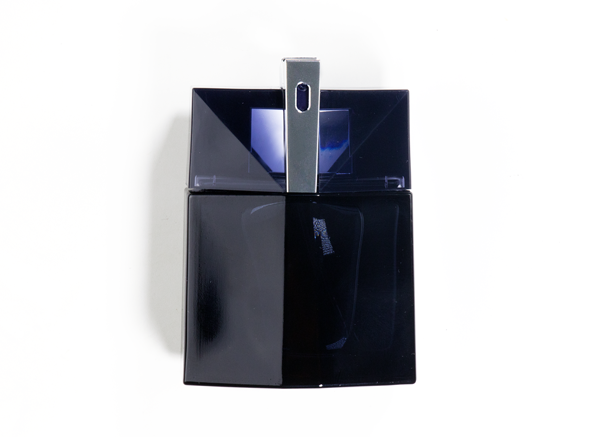 An aromatic opening where the freshness of dill is contrasted by the smoothness of beech wood. Alien Man starts cool and fresh with a clean, crackling energy that I would describe as sporty. There is a grainy, rocky texture to the opening accord that gives Alien Man a rugged, handsome vibe, but it is a mere smokescreen for the wave of smoothness that becomes the signature of the fragrance.

The signature ingredient that sits at the core of Alien Man is a sensual leather accord. Leather can often be harsh with an overtly smoky, tarry or fleshy character, however, this leather is the supplest and lightest there is. I imagine it as a buttery smooth piece of leather in a shade that captures the moment when grey and purple meet in the middle. Cashmeran, the signature blond woods of Alien that are used in overdose in the feminine is dialled right back in Alien Man, providing a supporting layer of creamy, hay-like woods. Together the cashmeran and leather merge to create an endless sense of softness.

For Alien Man’s final vibration, the jammy-fruity tones of the osmanthus flower are blended with white amber, creating a warm yet juicy contrast to the leather. This fruity character creates a stark juxtaposition to the grainy nature of the herbal accord in the top notes, providing a fullness that does have a somewhat extraterrestrial character to it. One cannot tell whether it is sweet, sour, warm or cold. It presents a whirlwind of contrasts that leave one guessing.

Alien Man does something that a MUGLER fragrance has never done before – it smells familiar. The fresh, aromatic signature of masculine perfumery is instantly recognisable and it presents a more athletic interpretation of the MUGLER man. But as with all things MUGLER, the fragrance shifts over time and a softness unfurls, making for a delicate and understated signature, with an uncharacteristically quiet aura.

Alien Man is not the fragrance I expected it to be. It is not another nuclear bomb of a perfume, nor is it a bold or challenging essay in olfactory shock. Instead, Alien Man is a welcoming fragrance that offers an olive branch to those that thought that they didn’t like MUGLER perfumes – so if you are one of those people, then you may want to give this one a try. It’s a new breed of celestial being that trades on feelings of calm and a general sense of understatement, offering up only positivity and lightness. Alien Man does not come with fanfare or fireworks – he comes in peace.

This entry was posted on Wednesday, May 23rd, 2018 at 9:00 am and is filed under Candy Perfume Boy, Fragrance, Tried & Tested. You can follow any responses to this entry through the RSS 2.0 feed. You can skip to the end and leave a response. Pinging is currently not allowed.

@escentual Next In Fashion season 2 is out March 3rd with new host Gigi Hadid 😍 https://t.co/B8N5Qj1cnZ
36 minutes ago • reply • retweet • favourite