Inside Our Expert’s Fragrance Wardrobe: The White Florals 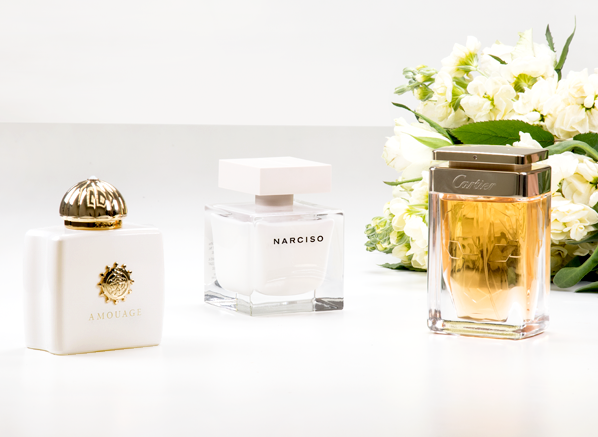 Ever wondered what makes the cut when it comes to a fragrance expert’s personal stash? Us too! Today marks the second instalment of our Inside Our Fragrance Expert’s Fragrance Wardrobe series, a candid look at Thomas’ fragrance collection to reveal once and for all the favourites that he turns to time and time again. The next stop on the journey? The white florals…

There are two types of people on this Earth: those who love and appreciate a big white floral, and those who are wrong. There really is nothing more joyful, more exuberant, more erotic, and heck, more euphoric than a big white flower captured in fragrant form. BWFs (as I like to call them) are beautiful but they aren’t for everybody and that’s because they contrast their decadent floral tones with waves of filth, skank, dirt and dinge. I’m a firm believer that there needs to be some grit with the glamour for life to be truly glorious and big white florals have both in spades.

So what is so special about white flowers? Well, unlike many of the flowers in the botanical kingdom, white flowers do not have the aesthetic attraction of colourful petals to entice insects to assist with their pollination, so they use another weapon: scent. White flowers have some of the most pungent and complex odour profiles, and as you can imagine, these strong smells lend themselves to perfumery in a variety of fascinating ways, resulting in bold and beautiful fragrances that often feel voluptuous and exotic.

Let’s dive into my fragrance wardrobe, dust off the shelves and pick out some of my favourite BWFs!

Fleurs d’Oranger was one of my early white floral loves and it’s a fragrance that displays the facets of many white flowers, but also manages to capture both the innocence and the carnal nature of these blooming beauties. It is, at its heart, a shining orange blossom filled with dewy sweetness and a cool neroli facet, but it’s also a lot more. Jasmine and tuberose, those daring vixens of the floral world, are blended with the warm spice of cumin to add a hot, sexiness that feels more human than floral. Contrasting this bodily warmth, there is a delicate coolness to the fragrance that appears as a glistening sheen, almost evoking the plastic wrap of a florist’s bouquet. Fleurs d’Oranger is so much more than just an orange blossom – it’s a heady floral creation with erotic intentions. 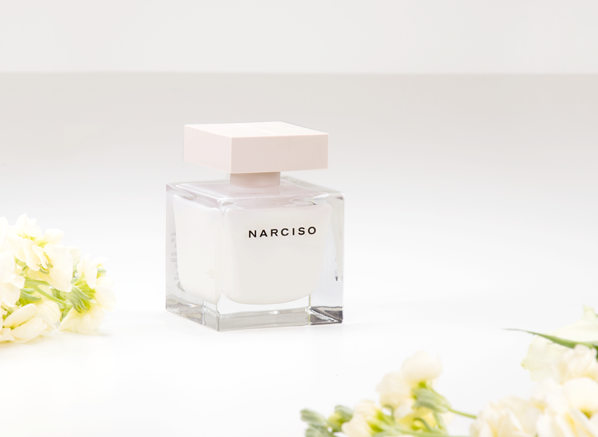 Gardenias smell tremendous but when it comes to fragrance, they hide their scent away safely. Despite their strong smell (which smells like fresh green tuberose mixed with mushrooms and blue cheese – a lot nicer than it sounds) gardenias yield no fragrant oil so getting them inside is actually rather difficult. Perfumers are required to reconstruct this iconic smell piece by piece, often to varying degrees of success. What I like about Narciso is the fact that it doesn’t try to be a true-to-life gardenia – instead, Narciso creates something more abstract, specifically the idea of a pure white gardenia displayed in a huge, cuboid space. It is soft, creamy and musky, with no note or facet more tangible than another, creating an olfactory impression of the purest shade of white. 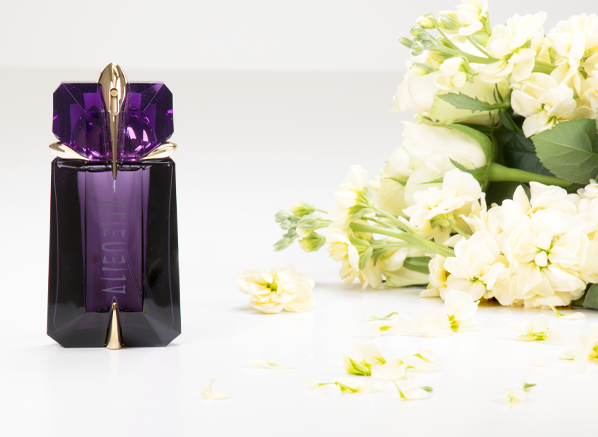 No other jasmine can come close to Alien in my book. Forget all of your photo-realistic jasmine fragrances because this is THE ONE! Sure, the scent of jasmine in full bloom is like nothing else, but this one shoots the flower out of the stratosphere into space and back, which makes it ten times better. Alien is a bold perfume that focuses on a huge, syrupy jasmine note that is given a solar, sparkling character thanks to a touch of citrus. Contrast and friction comes from an equally giant dose of cashmeran, an aroma chemical that smells like blond woods. Together these two titans duel it out to create a perfume that is Amazonian in nature and hedonistic in its odour. Alien truly is one of a kind – a titan of perfumery that brings a solar, bronzed character to the world of the floral. It is simply out of this world. 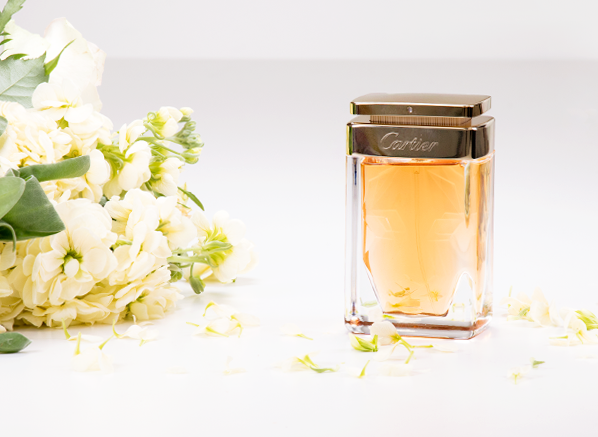 When Cartier launched La Panthere they called it a ‘feral gardenia’ which of course, meant I was destined to fall in love with it. Much like Narciso, the idea of abstraction is key here and as one can imagine, the flower presented it is somewhat different from the real thing in nature. What La Panthere does is take the sweet, heady notes of gardenia, and embellishes with fur and claws. A thick, gluey gardenia accord is sharpened by citrus and patchouli, creating a strange neo-chypre that purrs softly like a house cat. Whether La Panthere will curl itself up in a ball on your lap or go in for the kill is anyone’s guess – but the surprise is half of the fun! 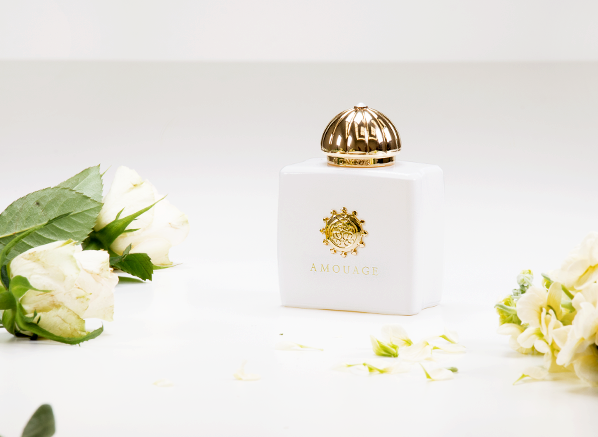 All of these fragrances that showcase one flower are great of course, but every fragrance wardrobe needs a decent white floral bouquet, in fact, my wardrobe has several! My favourite though is Honour Woman by Amouage because it manages to smell like all of the flowers in the world all at once, but also none at the same time. Honour Woman is a cool, aloof fragrance. It feels like porcelain, almost as if it could break with a heavy touch. It’s not a warm, enveloping fragrance, instead it has a strange icy glare that has a melancholy air to it. It’s one of the most intriguing floral compositions out there, taking inspiration from Madame Butterfly and speaking of the fragility of life through its cool, floral tones.

Amouage Honour - Name of this perfume was the first thing that attract me to it, and the color of whole package totally fits the name. Have you ever heard about Amouage? I presume that lot of you haven't because perfumes from Amouage can't be found everywhere to buy. Interesting information about this house, is that Amouage was found by Sultan in 1983. Also, in Amouage perfumes you can find high quality ingredients, and you won't find such a high concentration of ingredients in commercially perfumes, and for that reason this type of perfumes have much richer, delightful, long lasting smell than that with commercially perfumes. Amouage already had me with name, and also the story that is behind this perfume. Yes, inspiration for this perfume was story about Madam Butterfly, and her sad life, and then he also thrill me with simple bottle, package and of course with his gorgeous smell! This is not smell that you already smell "somewhere else", in this perfume you will notice specifically and extraordinarity, even you will think for first smell that you already smell it "somewhere else" in few moments, he will argue you. If you already smell jasmine, tuberose or gardenia in some perfumes and you didn't like it, well you have all that ingredients in this perfume, but believe me, no headache with this one! You will love it. This perfume is so elegant, gentle and feminine, and I can imagine it only for special occasion, when you're feeling proudly. It has a great wearability, and he will be by you're side through whole day, and he will remind you from time to time that he is still with you. Bottles for Amouage Women pefumes were made according to Ruwi Mosque Palace. This perfume is worth of trying, even with his high price. It is Very nice perfume, you can wear it all over the year. Very elegant, sophisticated, creamy, little flowery, more powdery, not sultry, simple perfume which could be loved by most people, because it is not glaringly, he has "something special" like I believe also had Madame Butterfly, the inspiration for this, to me very special perfume.

This entry was posted on Wednesday, June 27th, 2018 at 9:30 am and is filed under Candy Perfume Boy, Fragrance, Tried & Tested. You can follow any responses to this entry through the RSS 2.0 feed. You can skip to the end and leave a response. Pinging is currently not allowed.

@escentual Up to 1/3 off French Pharmacy ends at midnight!⏱ Who else loved Kylie Jenner's JPG fragrance inspired dress for the… https://t.co/I7cumBDT1C
5 hours, 2 minutes ago • reply • retweet • favourite

@escentual Did you know that we're a Cardiff based premium beauty retailer? 🏴󠁧󠁢󠁷󠁬󠁳󠁿
13 hours, 16 minutes ago • reply • retweet • favourite