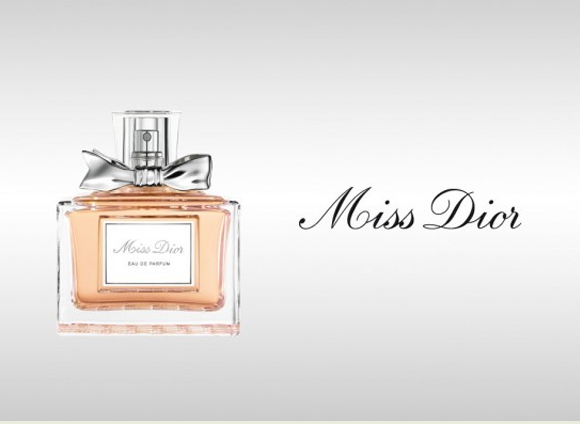 If you’re a Miss Dior fan, then you’ll know that the iconic perfume line has undergone multiple revamps over the years – and we’ll be the first to admit that it’s easy to get just a little bit confused with each reformulation. So, if you’ve ever been left wondering, ‘which Miss Dior perfume is the original?’ or ‘is Miss Dior Cherie discontinued?’, then you’ve come to the right place. This edit will answer every question you have on the beloved perfume line…

But before we dive straight into the history of Miss Dior, we’ve created a very quick guide to the fragrances below for anyone who’s short of time:

Diehard Dior fans might remember the release of Miss Dior Cherie Eau de Parfum all the way back in 2005. Within a few years of its launch, the perfume secured its status as a fragrance classic; in fact, it was once the fifth best-selling fragrance in the world.

Six years after Christine Nagel’s chypre-fruity Cherie first graced the perfume world, it was updated by expert perfumer Francois Demanchy, who reformulated the original Miss Dior Cherie Eau de Parfum in 2011 to mark a change as the brand opted for a more subtle, sophisticated vision for the future. With a formulation change and a whole new look, the image belonging to the Miss Dior Cherie girl was due an overhaul too; from the blonde party girl to the effortlessly refined Natalie Portman, the scent and face of Dior evolved to match the spirit of the times.

Surprisingly, just one year after Cherie’s last update, we saw another change. And this change was big.

In 2012, we said farewell to Miss Dior Cherie as we knew her. With this latest reformulation, she gained a completely new name as the fragrance simply became: ‘Miss Dior’. As the new and updated Miss Dior was introduced to the world, the beloved Miss Dior Cherie perfume was sadly discontinued in its existing form, although both perfumes shared similar fragrance notes so as not to disappoint Cherie lovers.

Out With The Old, In With The New

If you’re a life-long Dior fan, then you’d be forgiven for getting confused at this point. After all, Dior loyalists will remember that there already was a ‘Miss Dior’ before the 2012 EDP came into circulation – and this version was Dior’s first-ever fragrance, no less! In fact, Cherie was a flanker to this original Miss Dior, created to draw a younger audience with its audacious strawberry-popcorn tone.

To make way for the fresh, modern, made-for-the-21st-century Miss Dior, the historic 1947 ‘Miss Dior’ gained a new name in 2011. This decades-old fragrance changed to ‘Miss Dior Originale’ – and even now, this perfume acts as a timeless expression of Dior’s signature style. At this point, Miss Dior Originale was also given a slight reworking by Francois Demanchy (yep, the same person behind the 2012 Miss Dior), but its current tone still honours the heavy chypre tones that the world fell in love with in the 40s. And yes, you can still get your hands on Demanchy’s scent today.

Five years after Miss Dior’s new look was unveiled, Dior updated Miss Dior EDP again. For many, the standout notes in the 2017 version were rose and patchouli, reflecting the chypre tones of the original ’47 Miss Dior but edging ever-closer to the perfume we have today.

Just four years after the last revamp, Miss Dior was reinvented yet again to secure her place in 2021 and beyond.

The 2017 scent and packaging has been phased out for an exciting new take on the classic – but of course, Natalie Portman still remains the face of the fragrance a decade on. The good news is that, if you’re a fan of the earlier ‘modern’ Miss Dior perfumes, then you’ll be pleased to know that the essence of the bottle remains, but it’s given a slightly more elegant, chic twist with the new, paler pink perfume within.

The most significant change to the bottle is that the iconic Miss Dior couture bow has been reinvented; harnessing artisanal know-how, the new bow is made of a sparkling fabric that nods to Dior’s high fashion heritage. Just like the bow, the scent of Dior’s 2021 Miss Dior is also a little sparklier!

But we’re sure by this point you’re wondering one thing:

The 2021 Miss Dior is a sweeter, lighter and crisper scent compared to any of its predecessors. A 2021 Glamour Beauty Award Winner for Best Floral Scent, it steps away from the previous chypre, patchouli-heavy tones and instead opens with a fresh floral tone: sweet soapy lily-of-the-valley, delicate peony and powdery iris, set against a slightly dewy backdrop. Lush and velvety rose unfolds in the heart before softly comforting musks, cosy vanilla, a dash of benzoin and tonka bean encounter creamy sandalwood in the dry down. It’s definitely a world away from the ’47 original.

Now that we know all about the history of this perfume line, you might be left with one final question:

Which Miss Dior Perfume Is The Best?

Of course, this is down to personal preference. But as a general guide, we’d probably say that Dior Originale is better suited to someone who likes heavier, earthier patchouli-powered scents, whereas Miss Dior EDP caters to the young at heart, or someone looking for a sweeter, sparklier and more playful perfume.

This entry was posted on Tuesday, December 6th, 2011 at 2:00 pm and is filed under Fragrance. You can follow any responses to this entry through the RSS 2.0 feed. You can skip to the end and leave a response. Pinging is currently not allowed.

@escentual Kick off the Christmas party season with great hair and makeup! Choose your Christmas party look with the help of u… https://t.co/wDbqQGyKbL
1 day, 1 hour ago • reply • retweet • favourite

@escentual How are you going to wear your hair for the Christmas party season?🥳
1 day, 3 hours ago • reply • retweet • favourite

@escentual Do you ever wear a particular perfume because it makes you feel a certain way? We certainly do! And we thought we'd… https://t.co/nnkFkKFwpp
6 days, 11 hours ago • reply • retweet • favourite