S is for Serge Lutens 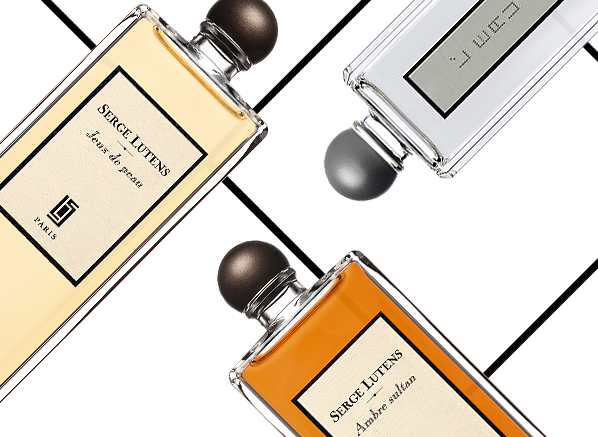 The name ‘Serge Lutens’ and perfume go hand in hand.  They exist together in a symbiotic relationship with one’s survival inextricably linked to the other.  Serge, or ‘Uncle Serge’, as he is affectionately referred to by many perfume lovers, is a true enigma and one of the last great mysteries of the perfume industry.  Hailing from France and residing within a lavish house in Marrakech (one that would grace the pages of Architectural Digest, and probably already has), he is a man who speaks in riddles but tells fascinating olfactory stories unlike any other. 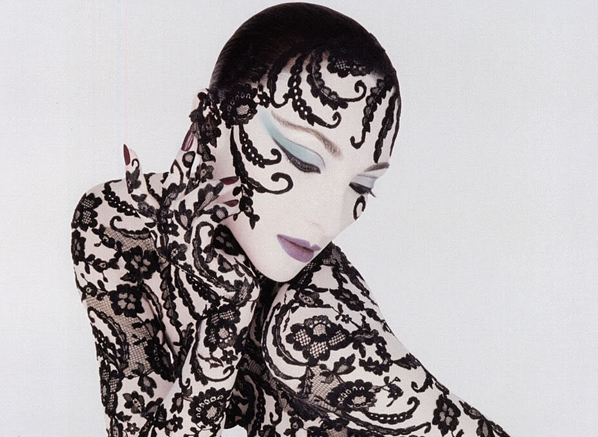 Starting his career in a French hair salon, it wasn’t long before Lutens was working for Vogue magazine, dabbling in the worlds of makeup, photography and jewellery.  He is famed for his elfin muses, photographed in ghostly makeup, their cheeks and jaws contoured so sharply they could cut diamonds. The worlds of beauty and fashion lead straight to fragrance and after creating a make up collection for Dior in the late ‘60s, it wasn’t long, the early 1980s in fact, until Lutens was scooped up by Japanese cosmetics Company Shiseido to develop their image, and in the early ‘90s, Les Salons du Palais Royal, the Mecca of the perfume world was born.

That’s quite an impressive CV, isn’t it?  Vogue.  Dior.  Shiseido.  Mine certainly doesn’t look that good, but Serge Lutens is indeed a visionary and it’s his meticulous approach to all things beautiful that sets him apart from his contemporaries.  Serge Lutens is an abstract thinker that attempts to bottle striking imagery and evocative emotions in liquid form.  Along with his perfumer partner, Christopher Sheldrake (formerly of Chanel – it’s name-drop central here today), this legend birthed the world of niche perfume.  He is a trendsetter that marches to the idiosyncratic beat of his own drum.  Here are some of his best scents. 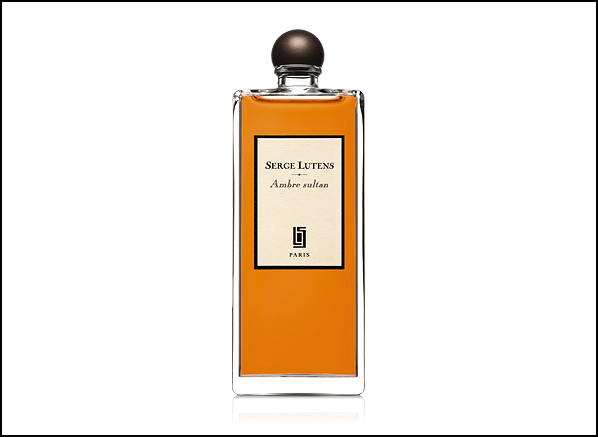 Serge Lutens’ first fragrance for Shiseido was the mythical ‘Nombre Noir’ (Jean-Yves Leroy; 1981), a fragrance that is often lauded as one of the greatest of all time.  Due to expensive production costs the fragrance was soon discontinued, and because of the unfortunate death of the perfumer, the formula was lost.  It was Féminité du Bois (Pierre Bourdon & Christopher Sheldrake; 1992) however, that put Lutens and Shiseido firmly on the perfume map.  As its name suggests, this is a feminine taken on woods that pairs sharp and angular cedar wood (as pointed and aloof as the cheekbones in Lutens’ photographic works) with warm spices and tart, sticky purple fruit.  The result is a legendary fragrance that defined a genre and started the trend for woody fragrances with a feminine twist.  Available now as part of Serge Lutens very own collection Féminité du Bois still holds its own as an iconic scent.

One of Lutens’ most classic, and popular creations is Ambre Sultan (Christopher Sheldrake; 1993) and when one gives it a sniff, it’s easy to see why.  Ambre Sultan typifies Uncle Serge’s adoration for all that is exotic and oriental.  It’s a long walk through the sprawling souk of Marrakech – an amber that soaks up the spices and herbs, both sweet and savoury, that permeate the multicoloured wares of the ancient market.  Ambre Sultan is a timeless amber that is as cuddly and sweet as it is sexy and exotic.  Scrap that, let’s just say that it’s one of the very best ambers and leave it there.

In truth, I’ve always been more intrigued by Serge’s floral creations than his heavy, and often dense orientals.  But to be fair, I am a sucker for a good floral.  Tubereuse Criminelle, a Paris exclusive (available only online or in the Palais Royale boutique), is one of Lutens’ most challenging, and ultimately most beautiful creations.  This is the Cruella de Vil of tuberose perfumes that mixes the white hot and fleshy aspects of nature’s carnal flower with menthol and wintergreen notes to create a confrontational floral with sharp talons and pointed fangs.  This tuberose is dressed to kill in couture, and the rouge on her cheeks and ruby red lipstick that adorns her lips is her war paint. 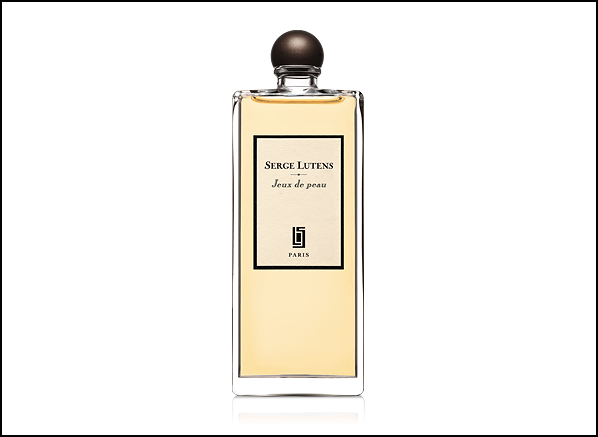 Serge Lutens’ more recent output has been divisive to say the least, but that’s a good thing.  Often he will launch surprising fragrances that will divide the opinion of die hards and occasional fragrance consumers alike.  One of his most interesting recent launches is Jeux de Peau (Christopher Sheldrake; 2011), a most unconventional gourmand.  Jeux de Peau is inspired by M. Lutens’ childhood memories of bread and boasts notes of brioche, apricot jam, and toffee popcorn.  That may all sound a bit like your idea of food hell, but in truth, Jeux de Peau is absolutely delicious (and surprisingly translucent), and more than just a little bit sexy.  It lives up its name of ‘Skin Games’, for sure.

Out of all of Serge Lutens’ most recent releases, the most beautiful is easily La Fille de Berlin (Christopher Sheldrake; 2013), a blood red rose that is an ode to the glamour puss – to the woman or man that displays a hard, impenetrable exterior of designer fabrics, perfume and jewellery to mask and protect a soft, tormented core.  Inspired by Marlene Dietrich, the most beguiling of muses, La Fille de Berlin (The Girl from Berlin) is a complex and lush, Technicolor rose with sharp fruit and geranium facets.  The fragrance masterfully captures the androgyny of Dietrich in a rose that is starkly genderless, displaying both masculine and feminine facets in a seamless rose cycle. 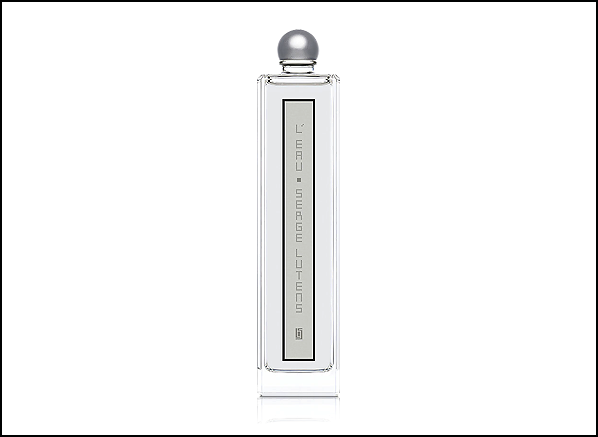 Serge Lutens likes to surprise and it wouldn’t be wrong to say that he has his fair share of curiosities on offer, especially within the ‘L’Eau’ collection.  When Uncle Serge unlatched his first anti-perfume, L’Eau Serge Lutens (Christopher Sheldrake; 2010), I think the perfume world was pretty positive that they were being trolled.  Not one to shy away from humour, L’Eau and its friends L’Eau Froide (Christopher Sheldrake; 2012) and Laine de Verre (Christopher Sheldrake; 2014) are clean anti-perfumes that are the very antithesis of everything Lutens has done before.  L’Eau Froide (Cold Water) is the most curious and creates a baron landscape with its chilly notes of rosemary, incense and mint.  L’Eau Froide is austere and standoffish, but it’s also comforting in its purity, a fact that when compared with the sheer density of Lutens’ many other fragrances, is truly remarkable.

When sniffing the Paris exclusive, Iris Silver Mist (Christopher Sheldrake; 1994), one simply must forget all that they know about iris fragrances.  Iris Silver Mist is not a big dollop of sweet violet-esque face powder, as seen in so many iris-based fragrances, instead this is a ghostly spectre of an iris that is more ethereal than frivolous.  As a note, iris, which comes from the dried roots of the flower, can be earthy and mineral-like.  In Iris Silver Mist the earthiness is pushed to the absolute extreme, creating a fragrance that smells positively vegetal, specifically of cold carrots over a base of silky powder and ethereal musks.  Outstanding stuff. 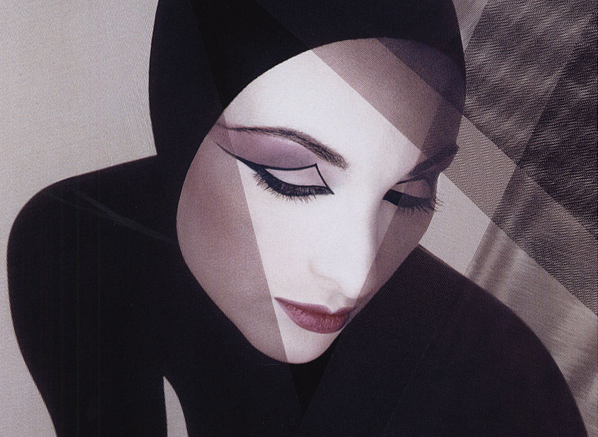 The problem with Serge Lutens is that so many of his fragrant wares are truly wonderful – too many to list here, in fact.  I could wax lyrical about the snake-like sleekness of the leather and jasmine beauty, Sarrasins (Christopher Sheldrake; 2007), and could easily talk in depth about the beastly body odour of Muscs Koublaï Khän (Christopher Sheldrake; 1998).  I could even spend a good deal of time musing over simpler ditties like the gloriously sunny, and subtly erotic, floral intoxication that is Fleurs d’Oranger (Christopher Sheldrake; 1995).  But I won’t.  Instead of doing all of that, I will instead insist that you go out and try these beauties for yourself because with our dear Uncle Serge, to read or to listen, or to even speak isn’t enough – one has to smell.

I love this. Ambre Sultan is possibly the fragrance I will regularly wear whatever the weather. Some folk will insist that a)it's a feminine and b)it's a scent for winter. I don't get the feminine thing at all, it's definitely unisex. I "do" get the insistence about being a winter scent. Ambre Sultan opens with this spicy bunch of medicinal herbs, which makes you think of mulled wine and liniment. However Ambre Sultan also works in the blazing heat, really try it, the coolness of whatever that herbal mix is is utterly perfect for escaping the heat without resorting to a citrus. For the amber itself, it's thick, powerful & resinous. This is a head-turner. As it develops, Ambre Sultan gets this creamy, powdery vanilla note, that just stays there. It feels really clean, but inviting on your skin. II really do love this.

This entry was posted on Wednesday, January 21st, 2015 at 2:22 pm and is filed under Candy Perfume Boy, Fragrance, Guest bloggers. You can follow any responses to this entry through the RSS 2.0 feed. You can skip to the end and leave a response. Pinging is currently not allowed.

@escentual @rgntparkschool Our pleasure! Thank you for spreading the message about the importance of wearing sunscreen 😊
2 days, 2 hours ago • reply • retweet • favourite

@escentual @thesniffwebsite Thank you so much for your support! It means the world❤️
2 days, 2 hours ago • reply • retweet • favourite

@escentual @NeneRamnothSch @ElliotFndtn Our pleasure! We hope you're all enjoying your sunscreens and comic books! 🌞🦸
2 days, 2 hours ago • reply • retweet • favourite