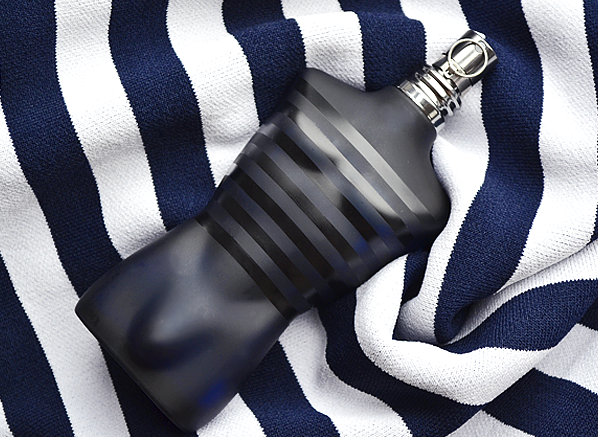 Jean Paul Gaultier’s Le Mâle is an icon.  He is arguably one of the most popular and best-selling modern masculine fragrances and he’s been at the top of his game for 20 years this year. 20 whole years.  That’s not to be scoffed at, my friends.  In an industry where over 1,000 fragrances are launched each year, it’s quite impressive for a scent to hold the throne for such a long period of time.  But what make’s Le Mâle so popular?  Is it the humorous, but attractive sailor’s torso bottle?  Or is it the scent itself, which is a classic fougére presented in a barbershop style with lots of vanilla and mint?  Or is it the fact that the scent straddles the gender lines and presents a more effeminate take on the masculine?  I would suggest that it’s a combination of these things that have allowed Le Mâle to reign for so long, and he deserves his tenure.

So, how is Jean Paul Gaultier celebrating Le Mâle’s big birthday?  Well, I did suggest a night of dancing on the pool table at the local gay club in a mushroom cloud of the scent, but I realised that this was actually just my teenage years and not something I should probably relive any time soon, however nostalgic I may be feeling.  No, to celebrate, the big JPG is launching a brand new interpretation of the iconic Le Mâle fragrance entitled ‘Ultra Mâle’.  Doesn’t that sound manly? Grrr. I can sense the testosterone from here!

Ultra Male is described as “devastatingly handsome and more intense than ever”.  I don’t know about you, but I always have room in my life for some devastating and intense handsomeness.  The fragrance tells the story of a “roguish sailor” and, rather than the smooth chested beefcake often seen in adverts for Le Mâle, one gets the impression that Ultra Mâle would be a little bit less fastidious with the manscaping, after all, he’d be a bit too busy being a big burly bloke and stuff.  Following the original, and other Le Mâle flankers such as Le Beau Mâle and Fleur du Mâle, Ultra Mâle is penned by legendary perfumer, Francis Kurkdjian, who brings his 1995 original bang up to date with a composition that is incredibly modern and trés au courant. 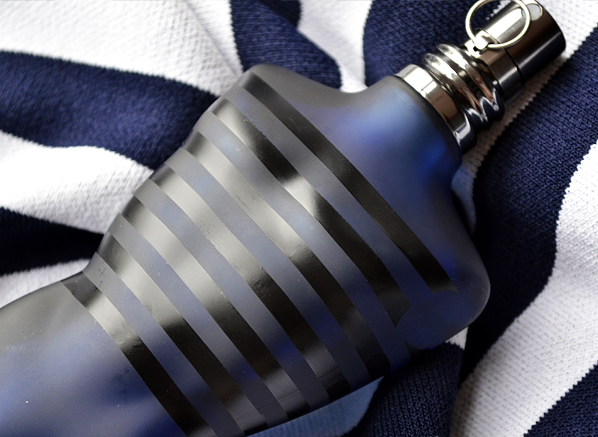 First things first, Ultra Mâle is strikingly different to Le Mâle.  In fact, I’d go as far as saying that it is almost an entirely different style of fragrance, flirting with the oriental as opposed to the classically masculine fougére.  It’s also the most ‘different’ out of all of the Le Mâle flankers.  The opening is sticky, candied and juicy, with a rich blast of pear, lavender and liquorice.  The whole thing feels much more robust and less dandified than one is used to with the Le Mâle brothers, and it channels the bold gourmand tones of scents such as Paco Rabanne’s 1 Million, rather than looking back to its JPG brethren.

As things progress, Ultra Mâle starts to offer hints of Le Mâle.  The heart is filled with cinnamon and vanilla, creating a spicy, and more than slightly sexy (I must admit) blend of cosy warmth.  There’s enough roughage around the edges – some caramelised lavender here, an astringent patchouli there – to give the scent a decidedly more rugged feel. Underneath all of this is a tiny hint of the barbershop signature that was so bold in the original, but in Ultra Mâle the effect comes across as just a touch of mint and clary sage, lurking ever so subtly in the background.

In the base Ultra Mâle is all about amber, vanilla and cedar.  There’s a ton of warmth, a good measure of sweetness and a dry, sharp quality that keeps the latter of these two in check.  Strangely, the liquorice becomes even more prominent in the base, adding a dark anise nuance to the vanilla and amber, shading Ultra Mâle as a decidedly more tall, dark and handsome fellow.  It’s in the base that Ultra Mâle is at his most affable, and it’s hard to not want to scooch a little bit closer to that masculine warmth.

Ultra Mâle is a handy alternative to Le Mâle for anyone who feels that they be a bit too mature or perhaps too serious for Le Mâle.  It strikes me as an entirely more current version of Le Mâle (which is completely timeless, if you ask me), almost as if this is what JPG would have ended up with if he’d asked for Le Mâle to be made today, and in line with the trends of today, Ultra Mâle spends most of his time at the gym swilling caramel flavoured protein shakes.  My affection will always remain with the original.  We’ve been through some times, you guys, but whenever I wish to channel a bit of 1990s muscle mary, Le Mâle is my guy.  Ultra Mâle is trying to tell me to grow up.  I just don’t want to.

This entry was posted on Wednesday, July 8th, 2015 at 12:48 pm and is filed under Candy Perfume Boy, Fragrance, Men, New products. You can follow any responses to this entry through the RSS 2.0 feed. You can skip to the end and leave a response. Pinging is currently not allowed.