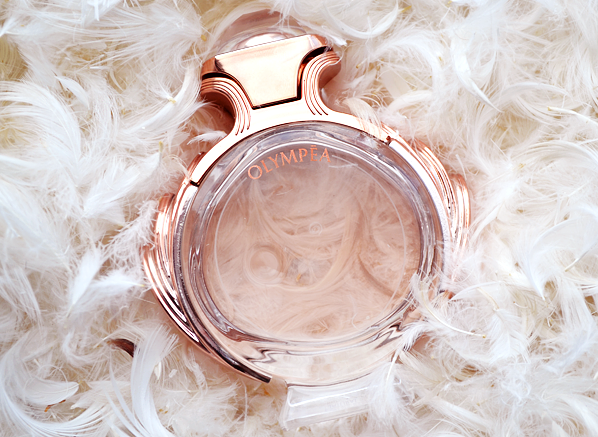 Paco Rabanne launches are always spectacular. But when said launch is being lauded as the most exciting women’s fragrance introduction of the year, then you know you’re in for something truly special. Paco Pabanne Olympea is the much-anticipated female follow-up to 2012’s Invictus, and she’s a woman not to be messed with.

Paco Rabanne fragrances inhabit a world of hedonist escapism, so it’s little wonder that they’ve headed straight to the top (quite literally) for their latest dose of inspiration. Where else do you go after scenting rock stars (Black XS for Him; Black XS for Her) and millionaires (1 Million; Lady Million)? You scent the gods, of course.

And it works. Olympea is a fragrance not of this world, blending unexpected and powerful notes in a masterful way to convey the idea of a modern-day Aphrodite. Jasmine becomes aquatic, having never touched soil. The comforting creaminess of vanilla is salted to make mouths water. I thought I had an idea of what Olympea might smell like before I sampled it for the first time, but I was completely side-swiped by its hypnotic notes. Put this one on your to-try list, because it’s set to be big. 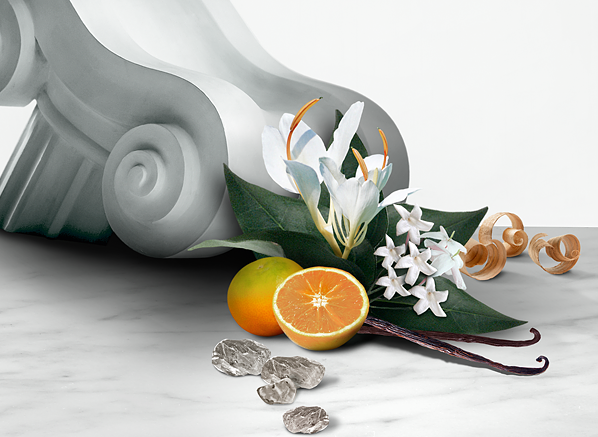 Olympea isn’t the fragrance of a born goddess; this deity was chosen for greatness. The first spray catapults our heroine from earth into the stratosphere, with a bright and energetic (yet ever so smooth) thread of juicy, just-ripened green mandarin. After this initial adventure, Olympea settles into her celestial surroundings quickly, melting into a distinctive signature: a very prominent, very delicious salted vanilla accord. This, together with an elemental fusion of ginger lily (fire) and hydroponic jasmine (water), creates a compelling story that is all at once fresh and enveloping, soft and voluptuous. It’s completely and utterly intriguing, and powerful in an unexpected way.

More than two years in the making, this unusual cocktail of notes is the brainchild of perfumers Loc Dong, Dominique Ropion and long-time Paco Rabanne collaborator, Anne Flipo. Loc, in particular, frequently likes to play upon the idea of opposing universes. In Olympea, every facet is challenged with its opposite: creamy vanilla tempered with salt, the fusion of subtle heat and floralcy in ginger lily, and jasmine grown in water to eliminate any trace of earthiness. It makes the composition feel really quite dynamic despite its oriental character.

There are no close comparisons to Olympea that spring to mind, and as I write I’m realising that that’s quite rare, as I do love to pinpoint olfactory parallels. I feel echoes of a less eccentric Thierry Mugler Womanity in Olympea’s fusion of sweet-salty-woody tones, but other than that, I believe that it not only stands apart from other fragrance launches this year, it also is quite unlike anything in the past few years.

Above all else, Olympea is simply a joy to wear. My trial of the fragrance this week has lead to one overwhelming conclusion: Olympea is a huge compliment magnet, and I welcome any and every scent that inspires further conversation about fragrance! I’ve found myself reaching for its feel-good vanilla tones over everything else in my collection, not just because it smells edible – though it most definitely checks that box – but because it makes me feel pretty fantastic when I spritz it on. And that, dear reader, is what fragrance is all about.

This entry was posted on Monday, July 20th, 2015 at 10:25 am and is filed under Fragrance, New products, Tried & Tested. You can follow any responses to this entry through the RSS 2.0 feed. You can skip to the end and leave a response. Pinging is currently not allowed.

@escentual @rgntparkschool Our pleasure! Thank you for spreading the message about the importance of wearing sunscreen 😊
1 day, 22 hours ago • reply • retweet • favourite

@escentual @thesniffwebsite Thank you so much for your support! It means the world❤️
1 day, 22 hours ago • reply • retweet • favourite

@escentual @NeneRamnothSch @ElliotFndtn Our pleasure! We hope you're all enjoying your sunscreens and comic books! 🌞🦸
1 day, 22 hours ago • reply • retweet • favourite

@escentual If you're a loyal @clarins_uk Super Restorative fan or you're just about to start using the range, then you're goin… https://t.co/6CaF4aHpDh
2 days, 43 minutes ago • reply • retweet • favourite