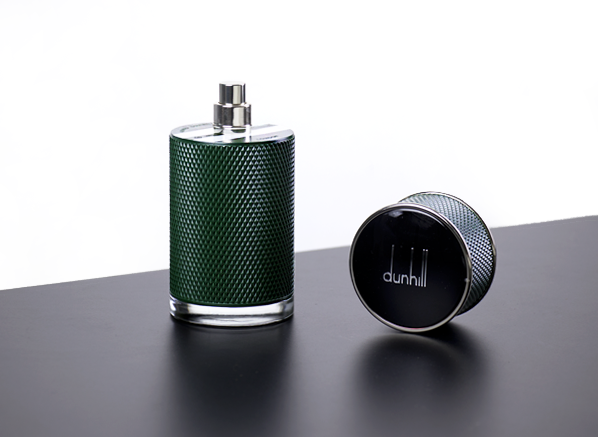 When I was a kid, all I wanted in life was a British racing green Mini Cooper with white go faster stripes. I didn’t ask for much, honestly! I remember distinctly dragging my father to view cars I was obsessing over on a regular basis and due to the fact that my pocket money would have probably only stretched to a 1:64 scale model of anything engine powered, all I could do was look longingly at these automotive creations. Anyway, this is a little ramble to tell you just why I appreciate the handsome British racing green packaging of Dunhill’s new ICON Racing – it even has two white go faster stripes under the cap. Heaven!

If you’ve been keeping up with my reviews of the ICON range on Escentual you will know that I’m a fan. The original managed to be an unusual twist on a modern aromatic masculine – still safe enough to have mass appeal but with enough of a daring difference to make it intriguing. The others have very much followed in this style and now we have ICON Racing, a fragrance described as a “stimulating and invigorating fougere”. They had me at ‘fougere’ to be honest, and ICON Racing certainly lives up to its name, presenting a fast-paced and bracing masculine fragrance that you are going to want to try. 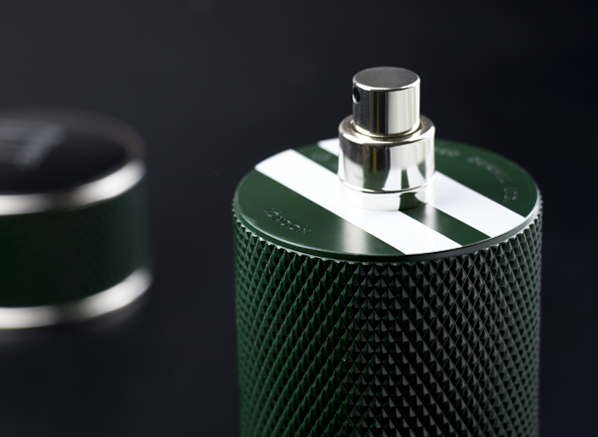 Base: Guaiac Wood, Vetiver and Musk

As one would expect from a fragrance with ‘racing’ in the name, ICON Racing follows the modern mainstream masculine trend of harsh freshness up top. It opens with a bracing collision of citrus and cardamom (paying homage to the sticky cardamom of ICON. Immediately it takes a swift left turn away from the original towards fougere territory, boasting a wonderfully rich and dustily sweet lavender note.  It feels very much like a sporty take on the fougere, but where so many fragrances with ‘sport’ in the name are as dull as ditchwater, ICON Racing manages to be vibrant, complex and refreshing.

What I like particularly about ICON Racing are the little adornments that sit atop each of its many facets. What could have been a fairly typical, yet well-composed fragrance has been transformed into something distinct by a little touch of something here and there. Talking in specifics, the hint of black pepper dilutes the sweetness of the lavender, turning it into something almost savoury, whilst parallel to that, a bitter grapefruit note adds a punchiness to the initial citrus zing. There’s so much going on and it feels like the devil really is in the detail. Much like real sports cars, every nut and bolt is carefully tweaked to perfection, ensuring that ICON Racing really runs like a finely-tuned machine.

In the base, ICON Racing treads familiar masculine territory, using a trio of butchness to create a solid, aromatic foundation. The warm, rooty quality of vetiver blends with the smoky complexity of guaiac wood to create an incredibly masculine signature. This, however, is not at the expense of freshness (arguably the signature of ICON Racing) and it’s fair to say that the softness of the musk cuts through these more complex materials to elevate and disperse them, creating a transparent cleanliness that feels like the wind travelling over the fragrance. ICON Racing is fairly aerodynamic, it must be said.

dunhill London has applied a huge level of quality to everything within the ICON range. All one has to do is pick up one of the bottles for proof – they are so beautifully put together and so wonderfully heavy. ICON Racing is pure luxury. So how does the fragrance compare to the original, which was a really unusual take on spice? I’d say that ICON Racing occupies a different space to the original. Where ICON was all suit and tie, ICON Racing is polo shirts, weekend bags and casual shoes. I think it’s a worthy addition to the lineup and one that’s worth wearing on more relaxed occasions. Also that British racing green bottle with its white racing stripes under the cap is giving me all the feels.

• The New Class of Intense Fragrances

This entry was posted on Wednesday, November 15th, 2017 at 11:11 am and is filed under Candy Perfume Boy, Fragrance, Men, New products, Tried & Tested. You can follow any responses to this entry through the RSS 2.0 feed. You can skip to the end and leave a response. Pinging is currently not allowed.

@escentual We joined Twitter 12 years ago today! Do we have any followers since then? #MyTwitterAnniversary https://t.co/hGNkVt0K8x
3 hours, 15 minutes ago • reply • retweet • favourite