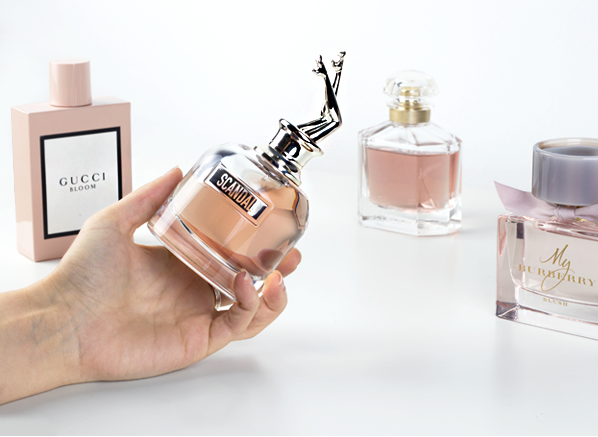 Perfume, like fashion, is cyclical. What’s ‘in’ right now won’t be in a few years, but you can bet your bottom dollar that as the cycle endlessly swirls, these trends will come back around again in a heartbeat. We’ve seen so many perfume trends over the years, whether that be the killer toxic florals of the 1980s or the sanitary, genderless scents of the 1990s. More recently the industry has courted an endless romance with the Middle East and oud, whilst also throwing sugar at basically everything in excessive amounts. But what about 2018? What’s next?

That, my friends, is a very good question. What does 2018 have in store perfume-wise? Will we see more of the same or will we see something entirely new and different? I reckon it’ll be a mix and for the most part, one can work on the basis that whatever was successful in 2017, we will see more of in 2018. So with that in mind, I’ve put together a quick round-up of my predictions for the perfume trends that we will see in 2018. Enjoy! 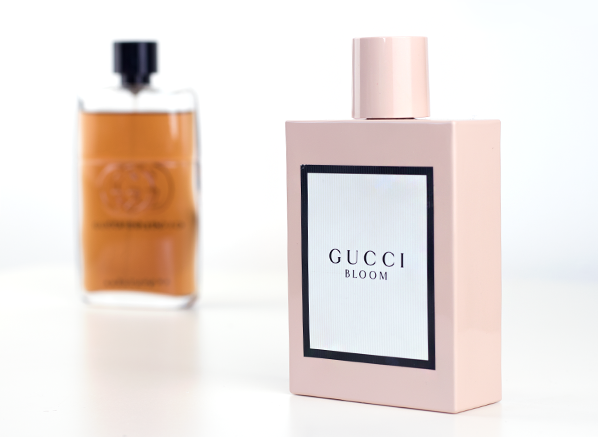 Gucci had a phenomenal year last year, launching not one, but two of the very best scents of 2017. With Gucci Bloom and Gucci Guilty Absolute Pour Homme, the brand staked a claim as a real contender of olfactory art, saying that mainstream fragrances don’t need to be crowd pleasers – that they can, in fact, be so much more. Under the creative direction of Alessandro Michele and with the help of legendary perfumer, Alberto Morillas (the man who created CK One), they’re crafting a new olfactory signature for the brand – a signature of shock and awe.

So if 2017 was a pretty good year for Gucci, why am I predicting that 2018 will be ‘the year of Gucci’? Well, that is down to the simple fact that we’re going to see more from Gucci. There’s at least one other, Alberto Morillas-penned scent on the way from the brand, and if that is anything like Gucci Bloom and Gucci Guilty Absolute Pour Homme, then this is going to be yet another phenomenal year for the legendary fashion house. I for one, cannot wait. 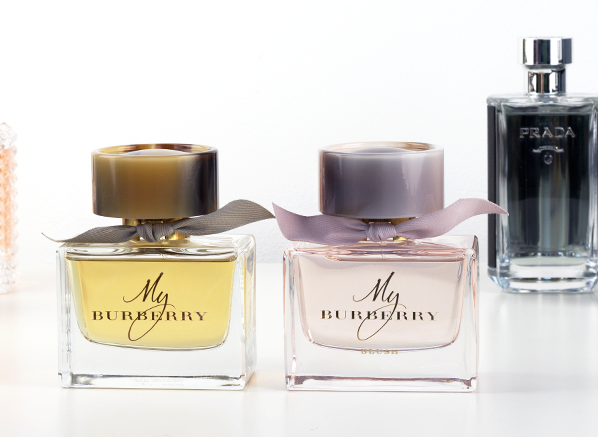 I guess that one could technically argue that every year is the year of the flanker, seeing as there are just so many, each and every year, but 2018 I think we will see even more. I’ll tell you why, but first of all let’s clear up the definition of a flanker. A flanker is a fragrance that launches in the same franchise as another. It most likely comes with a similar name and bottle, but with an entirely new juice. Some can simply be a new concentration of a fragrance. The best flankers are those that take the theme of the original and remain faithful to it, with an unusual twist. So that’s a flanker for you.

2017 was definitely the year of the pillar fragrance, with huge brands such as Chanel, Mugler (AURA), Guerlain (Mon Guerlain), Gucci (Bloom), Jean Paul Gaultier (Scandal) and Hermès launching brand new feminine franchises. This means that, at some point, these pillars are going to get the flanker treatment, so in 2018, I think we’re going to see fresher, intenser, lighter, darker, you name it versions of last year’s biggest launches. One I’m really looking forward to is the upcoming EDT concentration of Mugler’s Angel Muse (now launched here) – it promises to be a little bit fruitier and I am here for that in a big way… 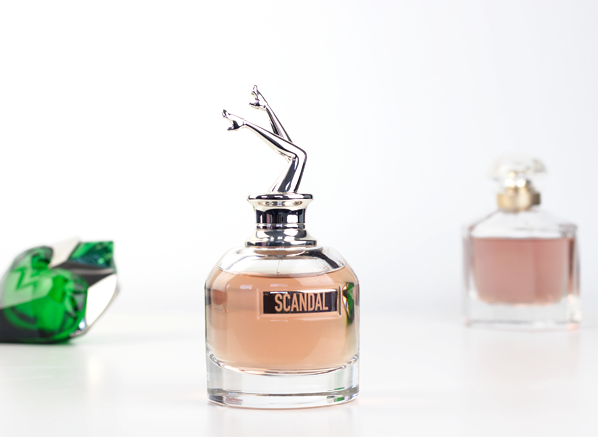 Perfume bottles have always ranged from the sublime to the ridiculous. They’re often glamorous (see anything by Prada) and sometimes ridiculous (see anything by Jean Paul Gaultier) but they always make a statement. We’ve seen fragrances housed within snow globes, stars, hearts, cuddly toys, and household cleaner bottles – need I go on? Well, I might as well. We’ve seen them topped with dolls heads and animals, upturned legs and plastic flowers. You name it and it’s been a perfume bottle at some point.

So what bottles do we have in store this year? Well, I know for a fact that there is one striking one that may or may not be housed within the shape of a popular accessory but I think this year will be more about beautiful simplicity over eye-catching statement flacons. I’m thinking simple shapes and colours in the style of bottles such as Gucci Bloom and Mon Guerlain, both of which almost make a statement themselves with just how clean and pleasing on the eye they are. So 2018 will be the year of the beautiful, understated bottle, with just a few ridiculous ones thrown in for good measure, and we wouldn’t have it any other way! 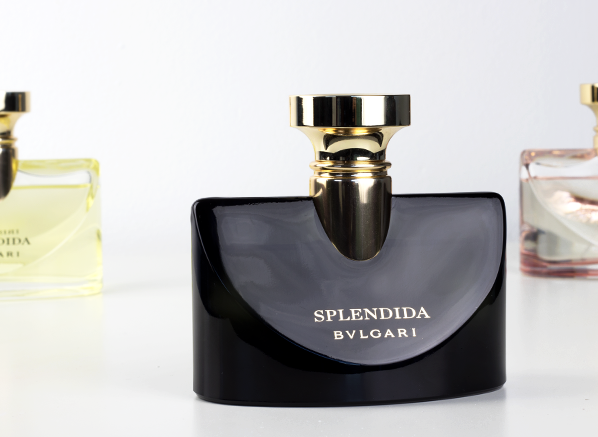 I know what you’re thinking; florals? For spring? Groundbreaking, but before you go full Miranda Priestly on me, trust me on this one – florals are the thing. You may have noticed (unless you were hiding under a rather unfragrant rock) that a little fragrance company called Chanel (do you know them?) launched a fragrance called Gabrielle. Now, Gabrielle was a sparkling, radiant and easy to enjoy white floral in the modern abstract style. If you’ve been reading this post you will also notice that I have mentioned Gucci Bloom, a wonderfully transparent white floral, at least three times. Further to the Chanel and the Gucci, we also saw some beautiful floral relaunches from BVLGARI in the form of the Splendida collection, which showcased three stunning flowers in a modern style; iris, jasmine and rose.

All of these fragrances represent a growing trend of modern florals – scents that move away from the sugar and syrup we’ve been covered in for the last few years and revive a classic style for the modern age. Florals have never really been out of fashion, but they’re certainly having a renaissance right now. What’s great about these modern florals is that they strike the right balance between olfactory hedonism with a transparency and radiance that is cleaner, and easier to enjoy. In 2018 I think we’re going to see an extension of this trend, with more florals that present the true beauty of flowers, mainly white flowers, without compromising on all of the good smelly stuff that gives them character. Watch this space.

•2017 Perfume Trends You Need To Know About

This entry was posted on Wednesday, January 10th, 2018 at 6:35 pm and is filed under Candy Perfume Boy, Fragrance, New products, Trends. You can follow any responses to this entry through the RSS 2.0 feed. You can skip to the end and leave a response. Pinging is currently not allowed.

@escentual Kick off the Christmas party season with great hair and makeup! Choose your Christmas party look with the help of u… https://t.co/wDbqQGyKbL
1 day, 2 hours ago • reply • retweet • favourite

@escentual How are you going to wear your hair for the Christmas party season?🥳
1 day, 4 hours ago • reply • retweet • favourite

@escentual Do you ever wear a particular perfume because it makes you feel a certain way? We certainly do! And we thought we'd… https://t.co/nnkFkKFwpp
6 days, 12 hours ago • reply • retweet • favourite