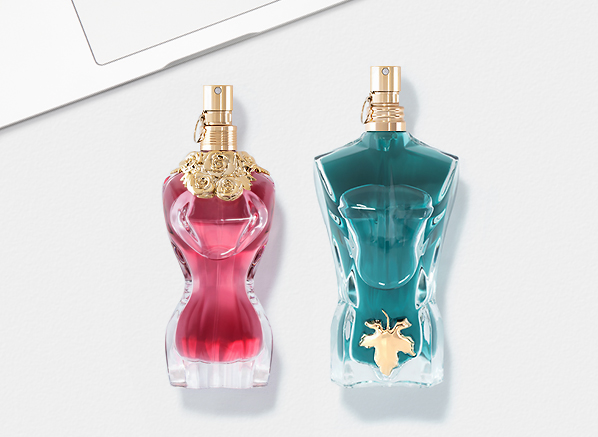 Jean Paul Gaultier is what I would call a “graphic” fragrance brand, meaning that a large part of its interest lies in its visual aesthetic. Ever since the launch of Jean Paul Gaultier, the brand’s debut fragrance in 1993 (now known simply as “Classique”), which famously came in a flacon shaped like a bustier-sporting female torso, the bottle has been just as important as the juice it contains.

We’ve seen Gaultier fragrances housed in snowglobes, presented in magnetic columns and shaped after M. Jean Paul himself. There is wit, beauty and subversiveness aplenty when it comes to the world of Gaultier – and the bottles always deliver.

La Belle and Le Beau are no exception. Inspired by the Garden of Eden as told by Gaultier, these two fragrances come housed within modern, angular twists on the house’s iconic Classique and Le Male flacons, channelling sci-fi robots more than sailors or burlesque dancers. 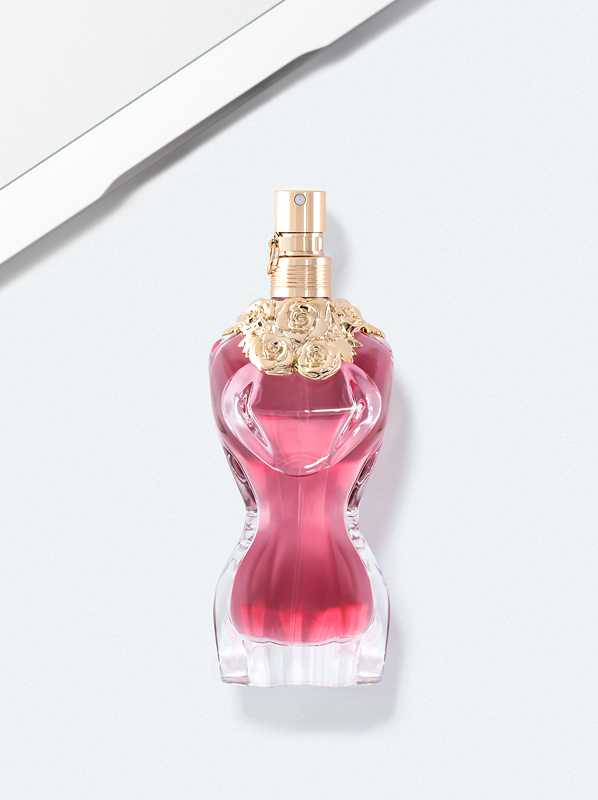 Seeing as it comes housed within a tin in a Ladurée shade of green, it is no surprise that La Belle is Gourmand with a capital “G”. It opens with a refreshing blast of pear, instantly evoking the sour, dewy taste of pear drop sweets.

The initial impact is cooling and fresh, with a candied, fruity quality that is fun, but also bold. But this coolness does not last, and La Belle has a tremendous amount of warmth hidden under that garland of golden roses! Vanilla and vetiver come together to create a delicious popcorn-like sweetness that is creamy, nutty and plush, with the resinous, exotic nature of the vanilla contrasting the rooty, earthy quality of the vetiver. I feel like the whole thing is about 1,000 calories, but hey, the best things in life always are, am I right? La Belle is a delectable whirlwind that is sumptuous and sensual – an edible treat in Jean Paul Gaultier’s Garden of Eden. 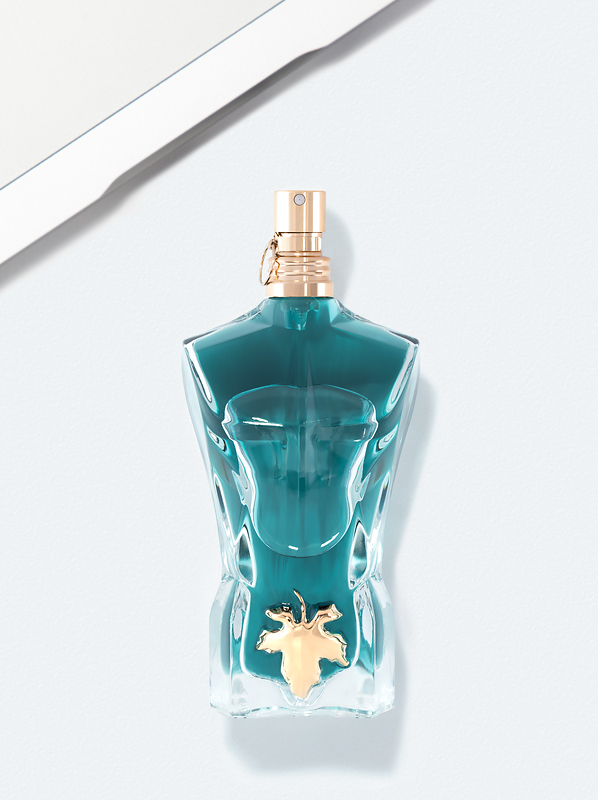 If La Belle is a hedonistic afternoon tea in a Parisian hotel, then Le Beau is the Pepto Bismal one drinks afterwards to wash down all of that sugar – it is modest in comparison, which makes sense seeing as M. Beau is covering his modesty with a rather large fig leaf! This curious masculine is a zesty aromatic that treads a tropical path, blending sparkling bergamot with the nutty-fresh nuances of coconut woods. Tonka beans, with their marzipan, vanilla facets bring a barbershoppy warmth, evoking Gaultier’s iconic Le Male; however, the whole treatment is fresher, more modern and much transparent. Le Beau has a silvery, metallic sheen to it that makes one think of it as a futuristic fougere – an evolution of Le Male made for the modern man of today.

This entry was posted on Wednesday, August 14th, 2019 at 6:25 pm and is filed under Fragrance, Men, Spotlight On, Trends, Tried & Tested. You can follow any responses to this entry through the RSS 2.0 feed. You can skip to the end and leave a response. Pinging is currently not allowed.

@escentual Our tip to get through #BlueMonday is to spray your favourite mood-boosting fragrance. What scent have you got on t… https://t.co/xzWEQURcKs
3 days, 7 hours ago • reply • retweet • favourite