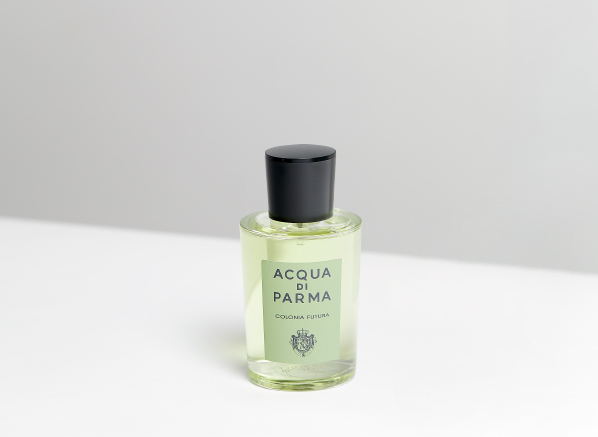 If you’re familiar with Acqua di Parma you’ve probably heard of their iconic Eau de Cologne, Colonia. If you’ve had the pleasure of trying it, you’ll know it excludes Italian style; its fresh citrus elegance that’s impossible to dislike.

Following in the footsteps of the famous Colonia, Colonia Futura is destined to be the next icon of the century for Acqua di Parma. Like the original, the fresh aroma is a crowd-pleaser but has a greener scent thanks to its hero note clary sage. Green in more ways than one, this edition has been made using a more sustainable approach that’s in step with nature. Composed using 99.3% of natural ingredients, ‘Futura’ is quite literally, the Colonia of the future and is set to be here for years to come.

This fragrance is green fresh from the first spritz all the way to the dry down; in the first moments of spraying, you’ll experience intense bright and energising aroma thanks to the combination of citrus bergamot, grapefruit and lemon while the spicy pink pepper adds to its character. As the citrus fades it gives way to the heart, which features the traditionally masculine note lavender that featured in the original Colonia; alongside a dash of ‘very green’ clary sage, which gives this fragrance its wild and outdoorsy feel. For every moment it lasts on-the-skin you can expect a scent with earthy depth and a freshness similar to uncut grass due to a base of vetiver. 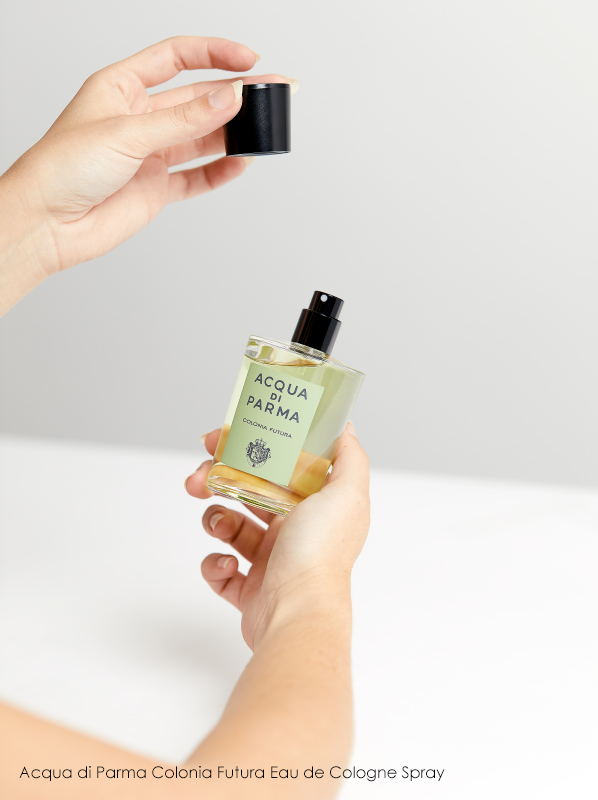 Colonia Futura is a unisex fragrance. Anyone who likes the smell of citrus, green and fresh aromas, will love it.

How Long Does Futura Last?

It will last on the skin for around 2-4 hours, but if you want your fragrance to last longer you can try layering fragrance from the whole range. They can easily be slotted into your routine, using the Colonia Futura shower gel as part of your morning ritual followed by either the deodorant stick or deodorant spray, depending on your preference. Use altogether and your scent will go the distance!

Tip: moisturise your skin before you apply your fragrance to lock in the scent. 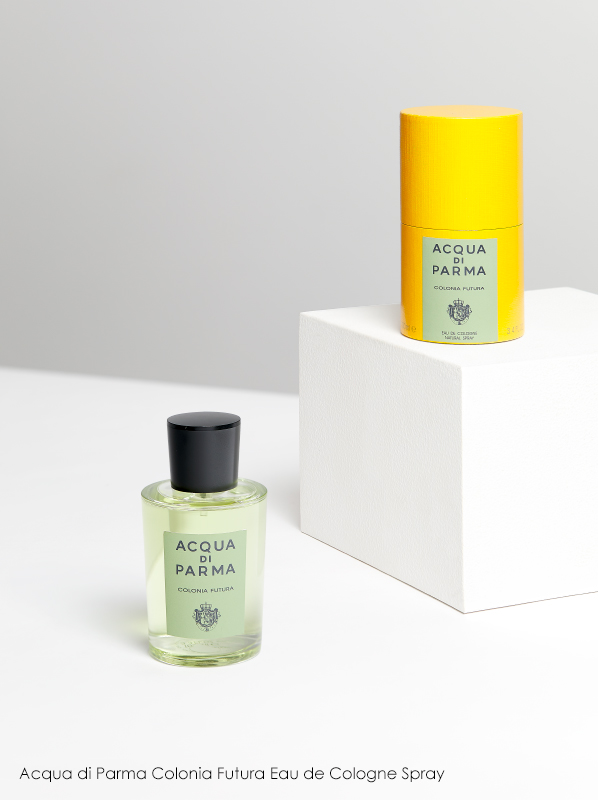 With two years in the making, you know that every aspect of this fragrance has been considered. From the scent to the bottle design, even to their Italian handcrafted hatbox cases. The traditional flacon looks the same as the rest of the Colonia collection but has a more eco-conscious edge than that of its predecessors. The bottle is made from recycled glass, a recyclable cap and its label is even made from marble mining waste. Good news for those who are more environmentally-friendly, the recyclable bottle and chic hatbox can be reused, so when you’re finished you won’t be left with any excess waste!

Note: although the bottle can be separated it isn’t refillable. Acqua di Parma chose those design as it’s easier to recycle.

What My Friends and Family Thought:

If you had to describe it in three words it would be: “fresh, clean and airy.”

“As soon as I sprayed it, it reminded me of a clean home or being outside as it smells so green. It wouldn’t be my first choice of fragrance because I usually wear moodier and deeper fragrances like Dolce and Gabbana K and don’t often go for fresh.”

Where would you wear it?

“I would wear it somewhere where I wanted to smell good, but I didn’t want to be noticed or stand out like when meeting my girlfriend’s parents.”

What do you think it smells similar to?

If you had to describe it in three words it would be: “zesty, fresh and unique.”

“It’s different from most of the popular fragrances, which is refreshing. At first, I thought the green was a bit intense, but I was surprised at how addictive and subtle the dry down became as I wore it. So fresh and clean, it’s how I’d imagine a luxury hotel smells!”

Where would you wear it?
“At home on a lazy Sunday afternoon when I still want to make an effort or have people coming over.”

What do you think it smells similar to?

”It reminds me of Miller Harris Wander; I can picture walking through fields of wildflowers and greenery when I smell it.”

Acqua di Parma Colonia Futura — who else is excited? from r/fragrance

Our Predictions For Colonia Futura:

The original Colonia has been popular for over a century and we are sure that this one is destined for a similar path. We expect Colonia Futura to be around for a long time to come and possibly followed by another flanker if we are lucky!

What Do You Think Of Acqua di Parma Futura?

Over to you! Do you think you’ll like Colonia Futura? After reading our review, what do you think it smells similar to? Let us know by tagging us @Escentual on Twitter, Facebook, or Instagram and use #EscentualScents

• Be Part Of The New Way To Discover Fragrances

This entry was posted on Wednesday, September 2nd, 2020 at 10:15 am and is filed under #EscentualScents, Fragrance, Keavy Slattery, Tried & Tested. You can follow any responses to this entry through the RSS 2.0 feed. You can skip to the end and leave a response. Pinging is currently not allowed.