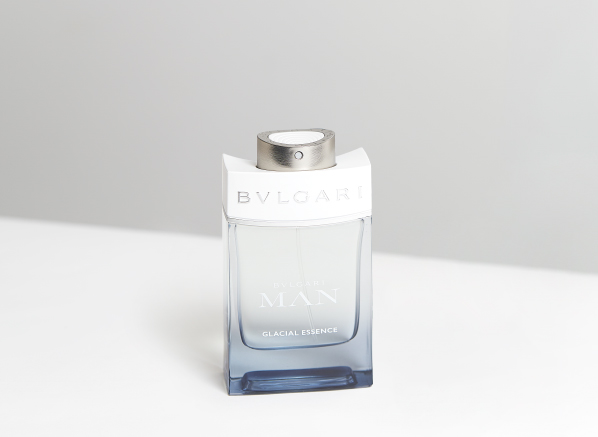 Imagine standing at the top of a mountain, and inhaling the fresh, clean air that surrounds you. That’s what Bvlgari Man Glacial Essence has tried to bottle up. Have they managed it? Well, iconic perfumer, Alberto Morillas – the nose who created CK One and the rest of the Bvlgari Man range to name but a few – created it, so what do you think?

Glacial Essence Eau de Parfum is the sixth flanker in the Bvlgari Man range; each new release is a fresh take on the original, and this one is inspired by air. Which leads us to the burning question – did it take our breath away? Scroll to find all the details and to read the all-important reviews…

With air as the inspiration you’d expect a hit of freshness with the first spray of Glacial Essence, and that’s what you get. The opening is bright and crisp, which we can put down to the juniper and geranium in the top notes. It has some ruggedness to it though, an earthiness that you can link back to its outdoorsy inspiration, which continues into the heart with more woody-green notes like Australian sandalwood, orris concrete and artemisia essence. Musk dominates the base, but it’s still fresh – clean almost. 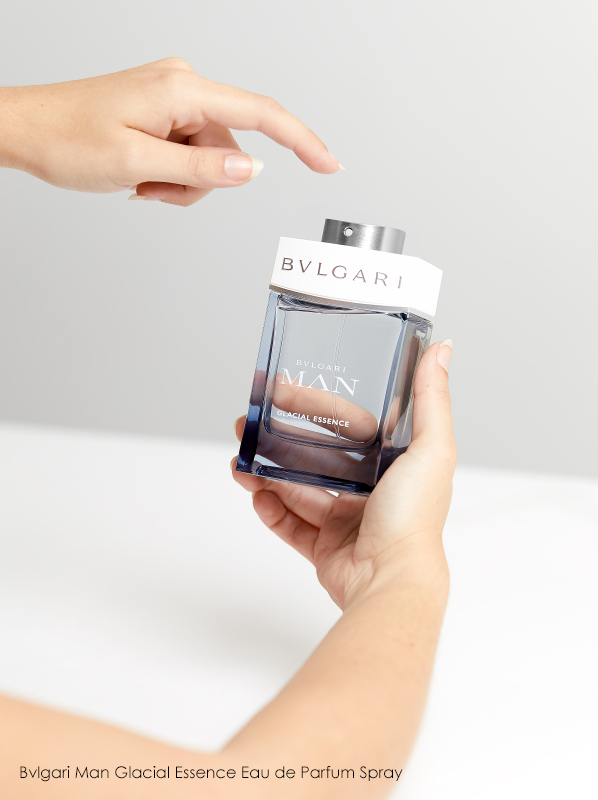 Bvlgari Man fans will recognise this bottle as it’s in keeping with the rest of the range. The similarities include the weighted, tall square bottle and the locking atomiser. Something you may not know, however, is that the top of the cap is made to resemble a sundial, and the silver detailing alludes to the metal used in Bvlgari jewellery.

Each Bvlgari man flacon has a unique colourway; Bvlgari Man Wood Neroli is an earthy green, while Man in Black is, yes, you guessed it, black. For Glacial Essence, they chose an icy blue and a bright white – a colourway that pairs excellently with the crisp, fresh juice that sits inside.

Bvlgari Man Glacial Essence is a fragrance for men, however, at Escentual we think you should wear whatever scent you like. If you enjoy it, wear it!

How Long Does Glacial Essence Last?

Because Glacial Essence is an Eau de Parfum it’s designed to last for up to 8 hours on the skin. Fragrances last differently on different skin, however, upon testing we found that the aroma could do with another spritz after 5 hours generally.

When it comes to projection, the fragrance sits quite close to skin. While this is great if you’re looking for a casual scent, we recommend adding a few more spritz if you want to improve the fragrances aura. 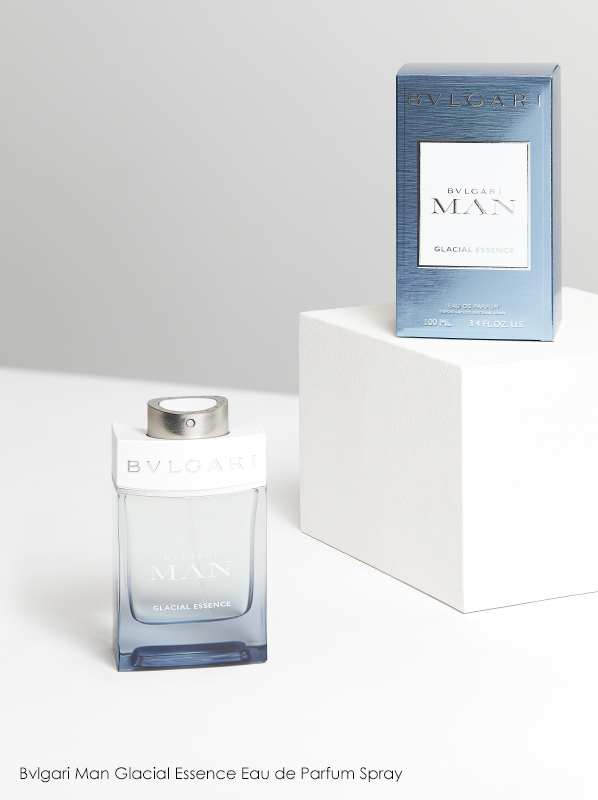 What Our Team Think of Glacial Essence:

If you had to describe it in three words it would be: “Comforting, light, fresh.”

Describe Glacial Essence in more detail: “After the first spray, the fragrance quickly settles into a familiar, comforting scent.”

Where would you wear it? “To me, this is an everyday fragrance I could wear at any time. I would wear it in a situation where I don’t feel the need to impress, but still want to smell nice.”

What do you think Glacial Essence smells similar to? “There’s definitely hints of the original Bvlgari Man in there, perhaps also Dolce & Gabbana K, which could be down to both containing juniper. But Glacier Essence is definitely much fresher!”

If you had to describe it in three words, it would be: “Fresh, cool and energising.”

Describe BVLGARI Glacial Essence in more detail:
“I feel like this is the type of men’s fragrance that’s hard to dislike. It’s distinctly masculine without being too overpowering and is light enough to wear every day. After the first spritz, it was cool and icy, and the unexpected musky woodiness that followed in the dry down added rugged masculinity that I love.”

Where would you wear it?
“I personally wouldn’t wear this but could see my dad, brothers or boyfriend wearing it as an everyday fragrance as it is quite a crowd-pleaser. I’d go as far to say that may even get a compliment to from me if they wear it!”

What do you think BVLGARI Glacial Essence smells similar to?
“It reminds me of a cool, icy breeze, which is quite similar to Jimmy Choo Man Ice.”

Why Is Glacial Essence Escentual?

Glacial Essence marks the sixth Bvlgari Man flanker we’ve launched at Escentual. Each new release brings a different interpretation of the best-selling classic, and one both our team and customers are huge fans of – how could we not launch it? We’re always excited to see whether a new flanker will top the previous, or better yet if it is even better than the original.

Glacial Essence is an excellent addition to the range; it has all the qualities of the original but brings its own personality to the mix. If you’re a fan of other scents in the collection there’s no doubt you’ll like this one, however, as Glacial Essence is a little more pared-back than previous iterations like Man In Black, it’s also a great place to start if you’re new to the range.

What Do You Think Of Bvlgari Man Glacial Essence?

Over to you! Do you think you’ll like Glacial Essence? After reading our review, what do you think it smells similar to? Let us know by tagging us @Escentual on Twitter, Facebook, or Instagram and use #EscentualScents

This entry was posted on Wednesday, September 2nd, 2020 at 2:42 pm and is filed under #EscentualScents, Ceryn Lawless, Fragrance, Fragrance Review, Hints & Tips, Men, New products, Spotlight On, Tried & Tested. You can follow any responses to this entry through the RSS 2.0 feed. You can skip to the end and leave a response. Pinging is currently not allowed.