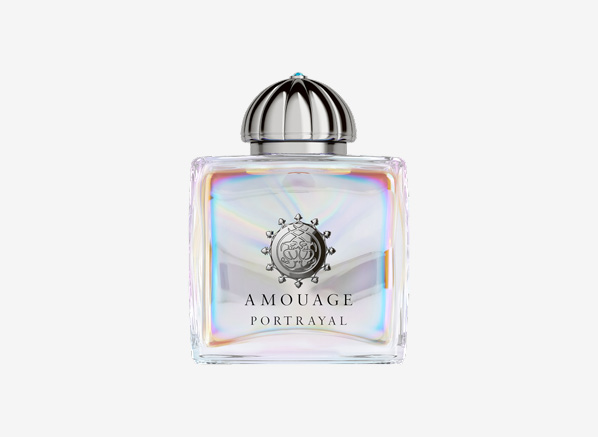 Created by Annick Menardo, Amouage Portrayal Woman begins with the heady scent of jasmine as the top note. The tobacco accord begins a powerful dance with vanilla at the heart of the fragrance as both distinct but sweet aromas mingle together to create an intense sensuality with an underlying smoky feel. The base of elemi cuts through the sweetness to add a more citrusy, balsamic edge to Portrayal.

Portrayal is influenced by times of dramatic social change, described by creative director, Christopher Chong, as ‘the birth of a new age and the freedoms that come with it’. The spicy yet sweet tobacco and vanilla combination recreates the bold defiance of the 1920s liberation with its strong, unwavering tone.

If you love sweet scents but are looking for a deeper, sensual smokiness to enhance sweet florals, you’ll love Portrayal.

Portrayal is all about freedom, and we believe that everyone has the freedom to choose whatever fragrance they want to wear – regardless of gender. The rich tobacco and deepened florals could easily appeal to men, though the overall sweetness makes this a more traditionally feminine scent.

Portrayal’s initial floral tone dissipates as the day goes on, leaving a long-lasting smoky sweetness with a warm and rich undertone.

Glamorous and sophisticated with a fun twist, the Amouage Portal Woman design is truly breathtaking. The square glass flacon has a mesmerising, colour-shifting iridescent pearl finish, creating a holographic look as complementary pink tones and blue shimmers play together. A blue Swarovski crystal glistens on the domed gunmetal stopper, which clicks shut with a magnetic snap. The dark metal accents give an air of rebellion amongst the opulent kaleidoscope of colours, symbolising the energy that sparks in the air during dramatic moments of social change.

This entry was posted on Wednesday, December 8th, 2021 at 4:05 pm and is filed under Fragrance Review. You can follow any responses to this entry through the RSS 2.0 feed. You can skip to the end and leave a response. Pinging is currently not allowed.

@escentual Do you ever wear a particular perfume because it makes you feel a certain way? We certainly do! And we thought we'd… https://t.co/nnkFkKFwpp
3 days, 3 hours ago • reply • retweet • favourite

@escentual @Jack95862637 Thank you for reaching out. We are so sorry to hear you are experiencing problems with your order. Pl… https://t.co/kqOwj8mVDc
4 days, 1 hour ago • reply • retweet • favourite

@escentual A simple yet effective hydrating skincare routine for men, check! Have you ever heard of Lab Series? 🧴… https://t.co/A02ixAkXhK
4 days, 17 hours ago • reply • retweet • favourite