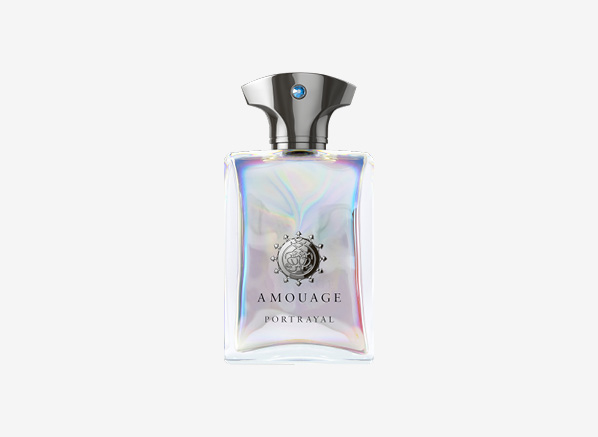 A perfect demonstration of the prowess of niche fragrance brand, Amouage, Portrayal Man Eau de Parfum is a dramatic scent that’s full of audacious leather tones, smoky wood and fresh green notes. The scent seems to have its own aura as its rebellious personality reflects the bohemian inspiration behind its aroma…

As Amouage’s scent opens, violet leaves gently introduce a green freshness that is quickly energised by the heart of the tropical grass, vetiver, which combines rugged, smoked leather tones with an underlying earthiness. The base consists of cade, a refined woody scent with hints of subtle spice to add a fiery warmth and draw out Portrayal’s smoky undertone.

Portrayal Man is an olfactory nod to the Roaring Twenties, a celebration of rebellious bohemian culture and the ultimate freedom of truth. Inspired by an artist’s power to instigate social change, the bold and daring nature of Portrayal Man aims to inspire with passionate new fragrance combinations. The simmering smoky undertones are inspired by the social tension in the world’s cultural discourse.

Portrayal Man has a similar tone as Miller Harris Vetiver Insolent Eau de Parfum, although Miller Harris’ fragrance has a cooler tone with a lavender-heavy heart.

Designed as the male accompaniment to Amouage Portrayal Woman, the strong woody leather aroma of Amouage Portrayal Man offers a traditional masculine scent but the crisp, fresh green elements add a universal, unisex appeal. Both the male and female fragrances could easily be enjoyed by any gender, though they have both been created with traditional scent categorisation in mind.

Portrayal Man is a statement scent but it has an interesting quality in which it seems to linger on the delicate violet leaf opening for just a second before the smoky rich notes catch up. Once the scent has fully revealed itself on the skin, it is incredibly long-lasting with each note holding its own and remaining prominent throughout the day.

A tantalising artistic creation, Portrayal is a decadent display of artistry. The iridescent pearl finish adds a playful edge to the strong, sleek bottle and dark gunmetal accents. As the finishing touch, a dazzling blue Swarovski crystal adorns the metallic stopper, twinkling at you as the bottle proudly stands upon a bed of felt.

This entry was posted on Wednesday, December 8th, 2021 at 3:47 pm and is filed under Fragrance Review. You can follow any responses to this entry through the RSS 2.0 feed. You can skip to the end and leave a response. Pinging is currently not allowed.

@escentual Our tip to get through #BlueMonday is to spray your favourite mood-boosting fragrance. What scent have you got on t… https://t.co/xzWEQURcKs
4 days, 18 hours ago • reply • retweet • favourite