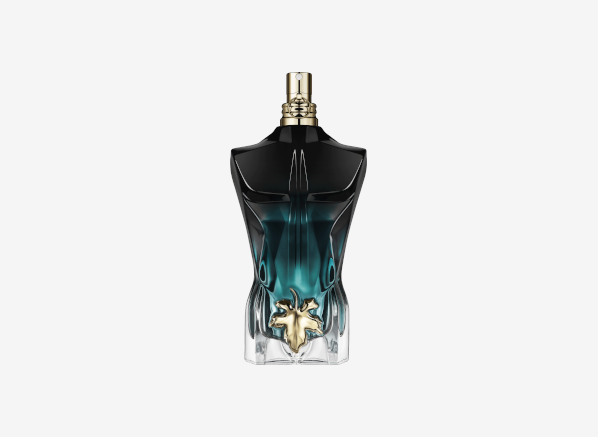 A sexy new fragrance has been added to Jean Paul Gaultier’s body of work for 2022: Le Beau Le Parfum. Le Beau Eau de Toilette is pretty iconic, so Le Parfum has big boots to fill. But thankfully, it does. Read on to find out why…

Le Beau Le Parfum is a rich woody-amber fragrance with temptation at its heart. The utterly addictive signature is led by a milky coconut wood accord that’s lifted by an energetic pairing of ginger and fresh pineapple. The heart pulses with creamy, vanillary tonka bean before the milky, soft santal wood base takes hold, a wildly sensual, salty-skin-like layer of ambergris lingering in the background.

Forget the Garden of Eden; this is the Garden of Gaultier, a paradise-turned-temptation-station. Le Beau Le Parfum is an intense take on the 2019 Eau de Toilette, where temptation is now even more sultry than before.

But in the Garden of Gaultier, there’s no need to hide behind green vegetation; all sins are permitted…

If you love deeply seductive scents that are hard to resist, then you’ll fall under the spell of Jean Paul Gaultier Le Beau. It features a perfectly balanced blend of warm woods and vanillary gourmands.

As both the name and the bottle suggest, Le Beau Le Parfum is similar to Le Beau Eau de Toilette, but it’s even richer and much more intense. It has similar notes – coconut wood and tonka bean are key players in both scents – but Le Parfum ditches some of the initial freshness of the original for a creamier signature much sooner.

Le Beau is marketed to men. It certainly has a more traditionally masculine feel. Still, the fact that it features milky coconut wood and vanillary tonka bean means that it can also appeal to women who love strong, woody-ambery signatures.

As you’d hope with an intense Eau de Parfum, Le Beau Le Parfum is really long-lasting; it lasted a good eight to nine hours when I tested it out.

Frankly, if you don’t recognise the JPG’s male torso bottles, I’d have to ask you: where have you been? The bottle is regularly seen all over the TV, shop windows, and on fragrance Instagram accounts. And rightly so, it’s an icon. It’s sexy but just discreet enough.

When it comes to Le Beau Le Parfum Eau de Parfum, the male torso bottle is initially hidden in a matte green tin, which you lift away to reveal the torso standing proud on a plush red velvet base. And yes, Le Beau has been given its own unique finish.

Its Garden of Eden inspiration is impossible to miss. Running from a lacquered black shade at the top to a transparent bluey green towards the base, Le Beau Le Parfum wears nothing but a golden fig leaf. But the unique bottle naturally gets naked with each use; the green tint isn’t the bottle but the liquid of the fragrance.

This entry was posted on Thursday, July 14th, 2022 at 11:26 am and is filed under Fragrance, Fragrance Review. You can follow any responses to this entry through the RSS 2.0 feed. You can skip to the end and leave a response. Pinging is currently not allowed.

@escentual @whatlauraloves Thanks so much for being part of our #SunPoverty SPF Application video, Laura! ☀️❤️
1 day, 19 hours ago • reply • retweet • favourite

@escentual Where have you clipped your #SunPoverty Escentual SPF50? Show us using #HowDoYouClipIt or join the challenge on our… https://t.co/MN5GURH5ul
2 days, 17 hours ago • reply • retweet • favourite