The History of Lancome 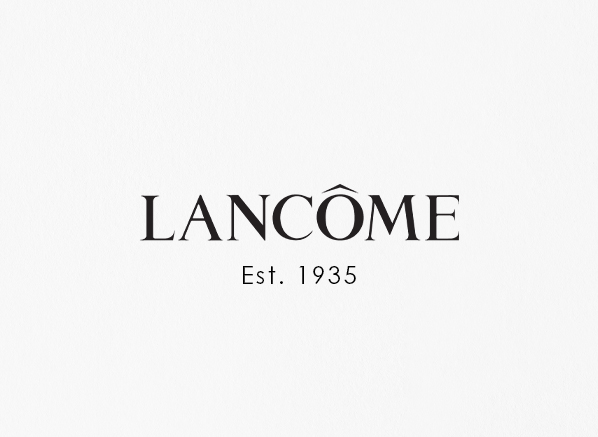 If you’re a fan of Lancome and you’ve been keeping up to date with my ‘Histories’ series and wondering when I’m finally going to fill you in on the history of Lancome, you’re in luck – that time is now.

Lancome is yet another leading premium beauty brand with a rich history. So, I’ll be travelling back in time to uncover the key moments for the brand to reflect how the rose-loving luxe brand has made such a name for itself over the years in this edit on the history of Lancome… 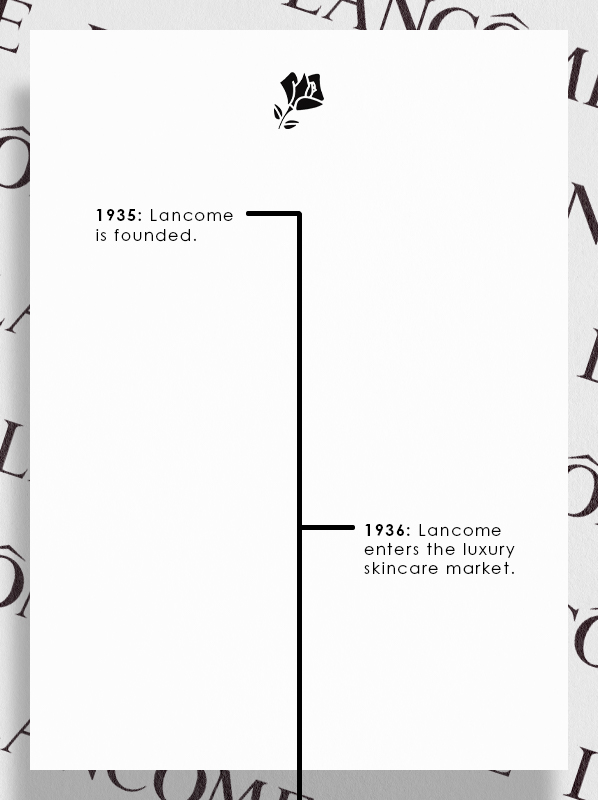 Lancome was founded in 1935 by Guillaume d’Ornano and Armand Petitjean, his business partner and pioneer perfumer. Petitjean had already gained experience in the world of fragrance as he’d worked with François Coty, who helped to establish the modern luxury beauty market as we know it today (in fact, the COTY organisation now owns the likes of Burberry, Gucci and Calvin Klein).

The name “Lancome” was inspired by the forest of Lancosme that lies in the Indre valley in the heart of France; the roses in the area inspired Lancome’s golden rose emblem.

Lancome’s first five fragrances debuted in the same year – Tropiques, Conquete, Kypre, Tendres Nuits, and Bocages – taking to the stage at the World’s Fair in Brussels. Just one year later, Lancome broke into the luxury skincare market when Petitjean worked alongside Dr. Medynsk and chemist Pierre Velon to release Nutrix, an all-purpose repair cream in 1936. In fact, during the 1950s, the British Minister of Defence is even said to have recommended the Nutrix cream as a remedy for radiation burns.

But Lancome weren’t just mastering fragrance and skincare at the time; Lancome also stepped into the world of cosmetics around this time, releasing a rose-scented lipstick that remained a best-seller for three solid decades. It broke the mould for existing lipsticks as a more hydrating and nourishing offering than most other options on the market.

So, it’s no surprise that by the end of the 30s, Lancome was trading all around the world. 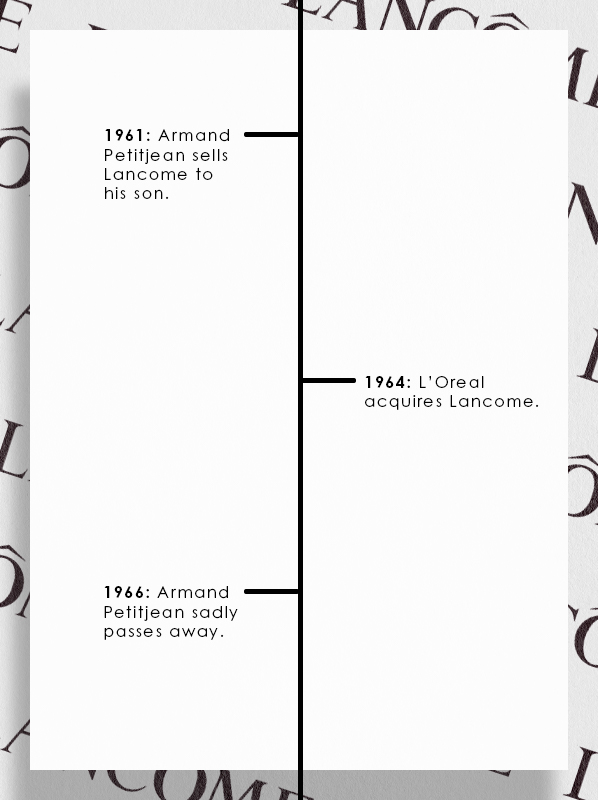 There’s a little bit of a jump in time before the next key moment for the brand as we uncover the history of Lancome. Now, we find ourselves in the 60s. During this decade, Armand Petitjean sold Lancome to his son in the year 1961. Three years on, Lancome was acquired by L’Oreal, who also own the likes of YSL, La Roche-Posay, Decleor and Kiehl’s.

Although Lancome joined the L’Oreal family in the ’60s, Armand Petitjean’s passion for roses remained at the heart of Lancome – he owned a rose garden just outside Paris, in Ville-d’Avray. Becoming more than just a symbol in 1964, this special flower (which had featured on fragrance labels since 1935) became the brand’s iconic ingredient.

In 1966, Armand Petitjean sadly passed away. 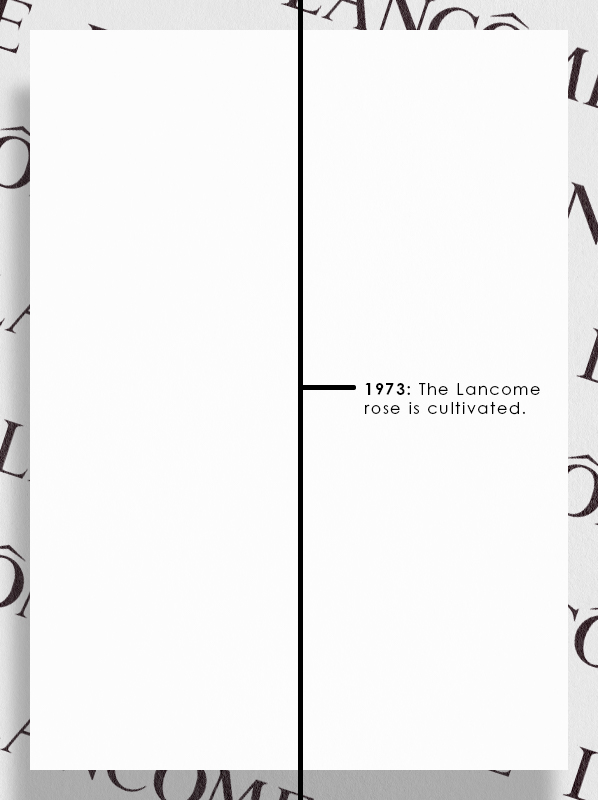 Now we know just how vital the precious rose flower is to the Lancome brand, it’s no surprise that the house took things a step further than simply growing roses. In 1973, the Lancome rose bloomed for the very first time. Cultivated by the talented rose grower, Georges Delbard, the Lancome rose has a rare and intense fuchsia pink colour. 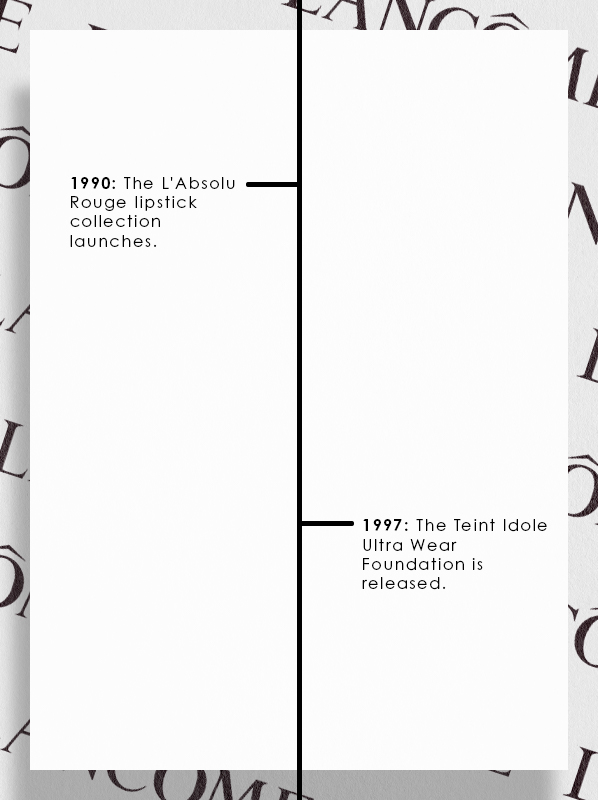 Again, we’ve jumped ahead to explore the next part of Lancome’s history: we’ve reached the 90s and bold lips are in! And it’s fair to say that Lancome were ahead of the game; in 1990, they released the Lancome L’Absolu Rouge Lipstick line, with powerful pigmentation capturing the hearts of beauty lovers.

In 1997, the Lancome Teint Idole Ultra 24H Foundation was launched, and its success proves why Lancome is the go-to premium beauty brand for so many of us. A true foundation icon, it went on to be reformulated in 2017 to celebrate its 20th anniversary. 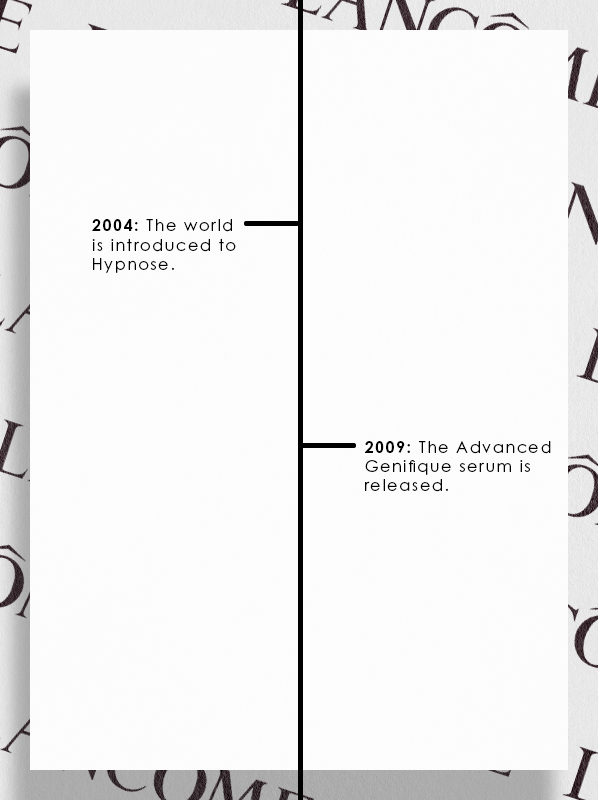 Having perfected the lip look during the nineties, Lancome looked to master yet another beauty staple for the noughties: mascara. Their flagship Lancome Hypnose mascara collection was first introduced in 2004 – since then, it’s expanded to include a variety of brush styles to suit every style and need. Kate Middleton is rumoured to be a Lancome Hypnose fan! 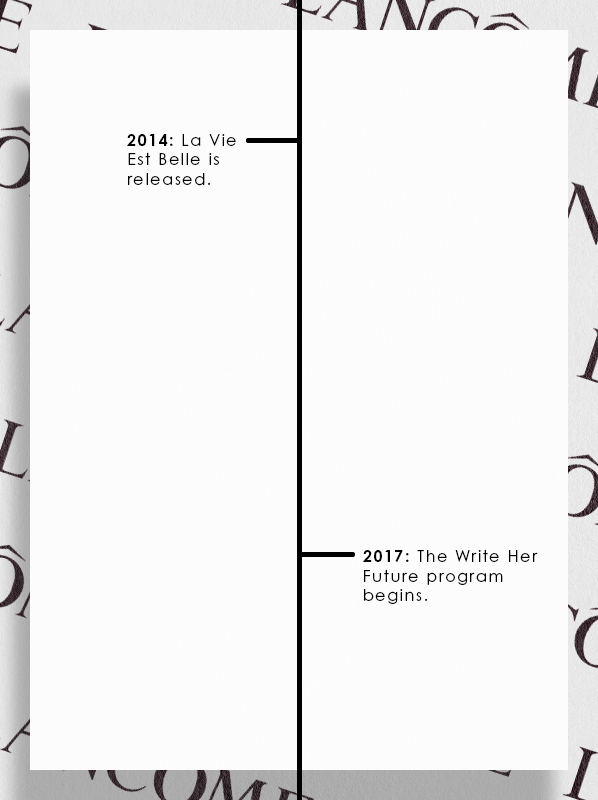 In 2009, Lancome released the Advanced Genifique serum. This launch proved that Lancome were pioneers in skincare innovation, setting the bar for those to follow. To date, Advanced Genifique is their No. 1 serum and a Bazaar Beauty Best of the Best 2021 award winner following a 2021 reformulation.

2014 was another big year for Lancome as they released yet another soon-to-be-icon: La Vie Est Belle. The fragrance was introduced to the world via a stunning campaign led by actor, Julia Roberts. The perfume proved to be an instant success; it’s now the best-selling Lancome fragrance and worthy of a cult-classic iconic status.

But it wasn’t long before Lancome released yet another fragrance that would join the perfume halls of fame: Idole. This time, the perfume had actor and singer Zendaya at the helm; she is also the youngest-ever ambassador to work with the brand.

In 2017, they launched the philanthropic program, Write Her Future, which gives women access to literacy, mentoring and entrepreneurship opportunities; to date, over 32.000 women in 14 countries have benefited from the program.

In 2019, Lancome opened a Parisian boutique in a beloved and greatly-sought-after spot: 52 Avenue des Champs-Élysées. This new space offers an ultra-modern experience; here, you’ll indulge in everything from bespoke makeup to AI and augmented reality. 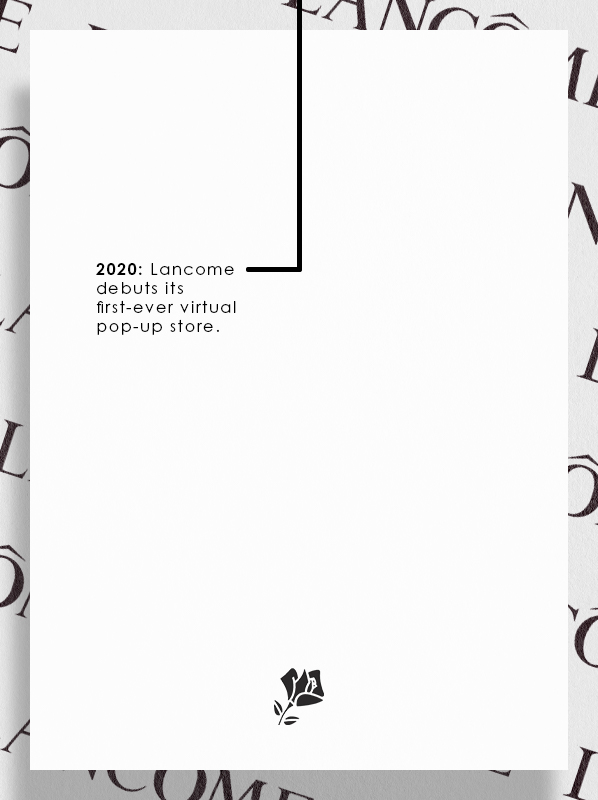 Lancome are increasingly aware of some of today’s key concerns, and they aim to make a positive impact by protecting biodiversity, supporting vulnerable women around the world, and empowering their customers to make more sustainable consumption choices where possible.

To ring in a new decade, the high-end skincare and beauty brand launched virtual pop-up stores in the likes of Hong Kong and Singapore. Acknowledging changing times, their immersive retail experience continues to exemplify Lancome’s technological innovation as it allowed shoppers to ‘visit’ the flagship from the comforts of their own homes, thanks to a private web link.

In addition, their “Caring Together for a Happier Tomorrow” sustainability program has been created to reduce Lancome’s environmental impact through formula and packaging innovations, regenerative agricultural practices, and developing partnerships with leading institutions to help preserve biodiversity.

To date, 99% of roses used by Lancome are organic, but they aim for all to be organic by 2025. Furthermore, Lancome is committed to ensuring that 50% of its products will be refillable or rechargeable by 2025. Furthermore, they currently use 10% recycled glass across their products, but aim to reach 30% by 2025.

Do you have a question about the history of Lancome that we haven’t answered? Tweet us @Escentual with your query!

This entry was posted on Tuesday, January 24th, 2023 at 9:00 am and is filed under History. You can follow any responses to this entry through the RSS 2.0 feed. You can skip to the end and leave a response. Pinging is currently not allowed.

@escentual Trying to make it to January payday... #Valentino We have so much love for Kristen McMenamy and @MaisonValentino… https://t.co/Lr664ECUEn
1 day, 2 hours ago • reply • retweet • favourite