8 Niche Fragrances Experts Think You Should Know About 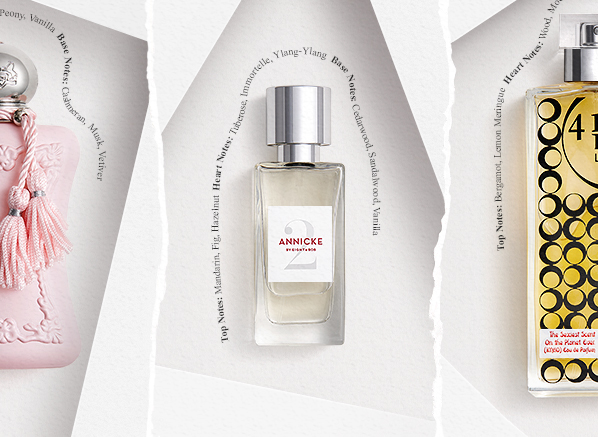 We love fragrance here at Escentual, so much so that “scent” makes up half of our name (I’m sure the savvy amongst you will have noticed!). Over the last 20 years, we’ve worked hard to curate an exceptional portfolio of fragrance brands, and each brings a unique and exciting olfactory viewpoint. In addition to all of our wonderful mainstream brands – the brands you will know well – we also showcase some fascinating, beautiful and unique niche brands.

So, what exactly is a “niche” brand?

The answer to that question is a little complicated because the category has evolved significantly over the last 20 years. Niche started as artisanal, hard to find fragrances. Whether a brand or perfume was considered niche, entirely depended on the number of doors (i.e. points of sale) where people could found it. Brands like L’Artisan Parfumeur in the 1970s were the first, creating perfumes with distinct concepts outside of marketing trends. They made what they wanted when they wanted, and because they were doing things on a much smaller scale and for a more specific audience, they could be more experimental.

Niche now is significantly different, mainly because it is so much more widely available. The worlds of niche, luxury, exclusive, artisanal and independent perfumery have all blurred, and any one of the following things could make a perfume niche today:

• Limited distribution
• Unique, artistic concepts
• Independent creation
• Fragrances that challenge our perceptions of what perfume can be
• Luxury presentation and materials
• Concepts created outside of marketing trends and focus groups
• Perfumery made on a small scale.

To celebrate some of the beautiful niche brands we stock here at Escentual, we’ve teamed up with some of our favourite fragrance experts, asking them to share their most beloved niche fragrance. Here they are! 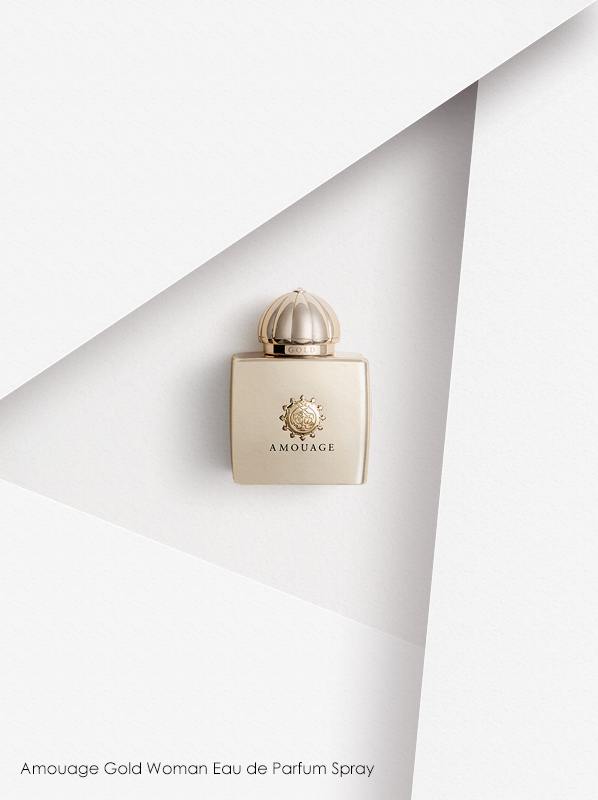 “What could be more niche than a luxury perfume created at the behest of the Omani royal family? The answer is, literally nothing! This is the story of Gold Woman by Amouage, a super-exclusive perfume commissioned by the Sultan of Oman and created by legendary perfumer Guy Robert. Robert was given an unlimited budget, fusing French perfumery’s materials and traditions with the glory of Omani frankincense. The result is a resplendent, aldehydic floral filled with richness – it’s the most fabulous thing on the planet, trust me. Gold was one of the first niche fragrance that I tried, and for me, the difference between mainstream and niche was stark (although, I love my mainstream, don’t get me wrong!). With Gold, I could smell that this was a fragrance created not to fit a trend or a marketing brief, but one made to showcase exceptional materials, the talent of a legendary perfumer, and the simple message that perfume can be as beautiful as any work of art.”

2. Juliette Has A Gun Oil Fiction 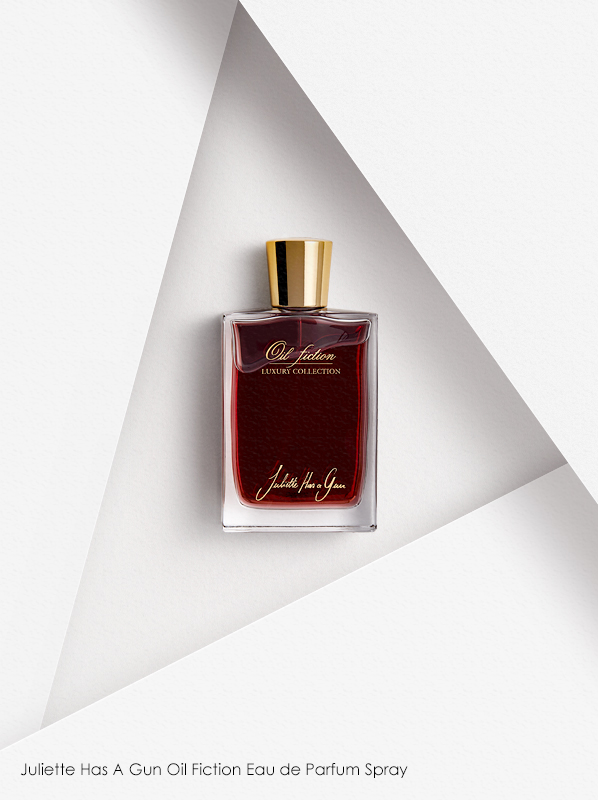 “In my search to wear unique, rare and hard to find fragrances that stimulate the senses and create an aura of mystery, I discovered Juliette Has A Gun. Created by Romano Ricci, descendant of the famous Ricci dynasty, it’s quickly become a brand renowned for fragrances have that have an edgy character; the Luxury Collection, however, has taken the game a step further with niche scents that explore, emotions, moods and raw materials in a unique way.

When I first tried Oil Fiction, it was supposed to be a limited edition fragrance but its popularity has given it a place in the permanent collection. Rightfully so as it’s quite extraordinary. A play in colours and emotions, unusual and elusive, with notes that play hide and seek and choose to reveal themselves on their own time, Oil Fiction has a Film Noir quality, wrapped in elegance and mystery.

Red saffron and gold amber set the tone while lush tuberose and powdery iris intertwine with sticky labdanum and earthy patchouli while creamy sandalwood mixes with smoky vanilla to create a fragrance that is graceful and animalic at the same time. Every time I’ve worn it, it’s created quite a buzz as it “sticks” to the skin and creates a velvet veil of sophisticated wilderness. It’s probably the only fragrance that I’ve not revealed I’m wearing to anyone that asked me and chose to add to the mystery it creates. My experiences with Niche fragrances have taken me to many olfactory journeys and Oil Fiction has been a very colourful one!”

“When the topic of conversation is a modern classic like Serge Lutens Feminite Du Bois, it’s impossible for someone like me NOT to have a complete geek-out. The scent was an important stepping-stone in the development of the art of perfumery, because – as has been written many times already – it took the traditionally-masculine note of cedar and placed it in an overtly feminine, fruity-spicy-floral setting. This, in itself, would have been enough to earn it a place in the scented history books. But its significance is also tied in with its curiously twisted creation: it originally appeared in 1992 under the Shiseido brand, as a composition authored by Pierre Bourdon and Christopher Sheldrake. But in 2009, it was reissued under the Lutens brand, at which point many claimed, perhaps unsurprisingly, that its formula had been altered. And there’s also the issue of how influential it has been: since it appeared, there have been countless dry-wood perfumes for women, to the extent that it’s now difficult to believe there was ever a time when the idea of a ‘feminine’ cedar scent was seen as being rather bold.

All of that is fascinating stuff for scent geeks like me to think about. But it doesn’t quite get to grips with the main reason for Feminite Du Bois’ extraordinary success: it just smells gorgeous! Like the most luxurious floral-spicy potpourri you could ever hope to imagine, it draws you in with its plummy, cinnamony, clove-y heart – full of darkness, intrigue and mystery – while retaining a breathtaking air of sophistication through its use of musks and resins in the base. Of the small number of scents that manage to smell both approachable and dangerous, Feminite Du Bois is perhaps the most irresistible and the most alluring. If you’ve never smelt it, seek it out without delay!” 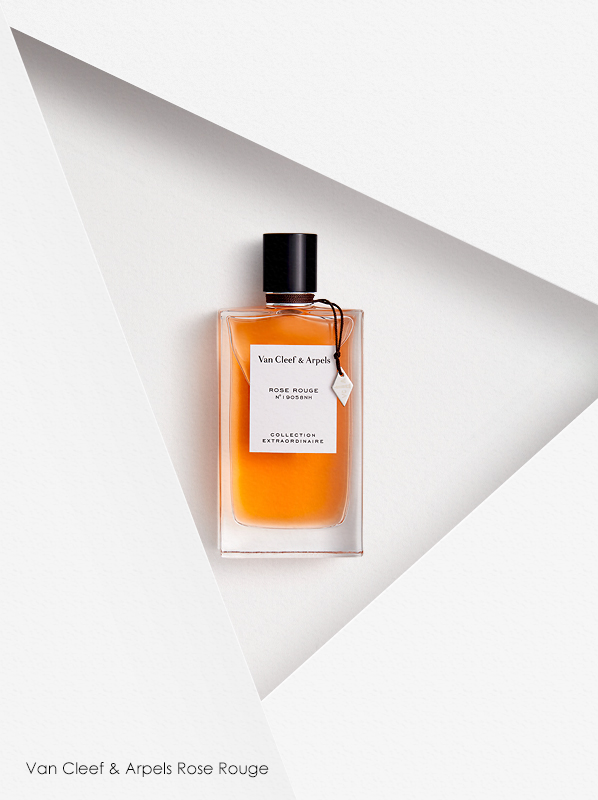 “Just the name Rose Rouge conjures up images of decadence and femininity, and that’s exactly what I get from this feminine fruity fragrance. It’s so nice to find a fragrance which majors on berries but also has the longevity and projection of a strong eau de parfum. I get plenty of blackcurrant mingled in with the rose and raspberry heart notes – creating a syrupy fruity vibe which dries down into a warm creamy vanilla patchouli which helps the fragrance last all day.”

5. The Merchant of Venice Red Potion 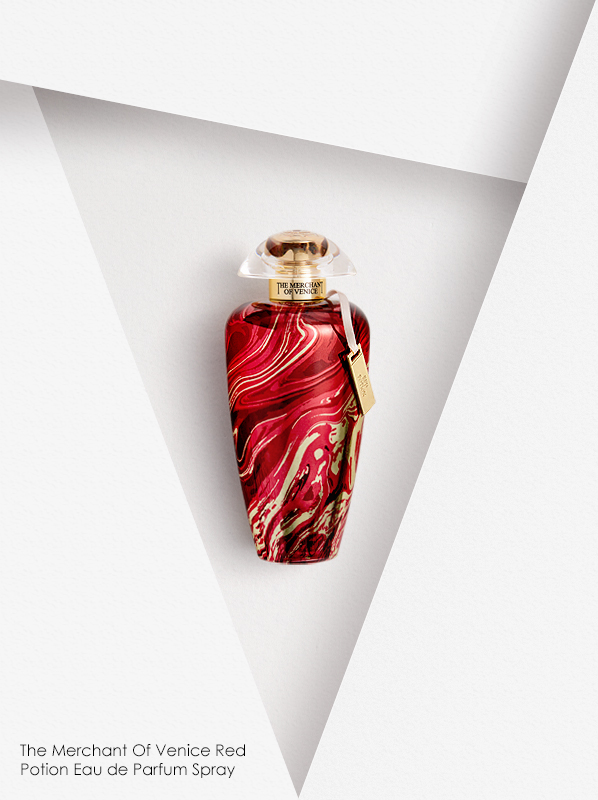 “Enchanting to say the least: Red Potion will instantly cast its spell on you, beckoning you return to it time and time again. The sweet top note of immortelle hides the warmth of honeysuckle, wrapped in orange blossom and addictively smooth tonka bean. This luxurious fragrance is just as intoxicating on the skin, enshrouding a veil of seductiveness in its scent that will last throughout the day.
I love the ornate red and gold bottle, this is perfect for fragrance enthusiasts that appreciate an elegant bottle matched perfectly with its scent.” 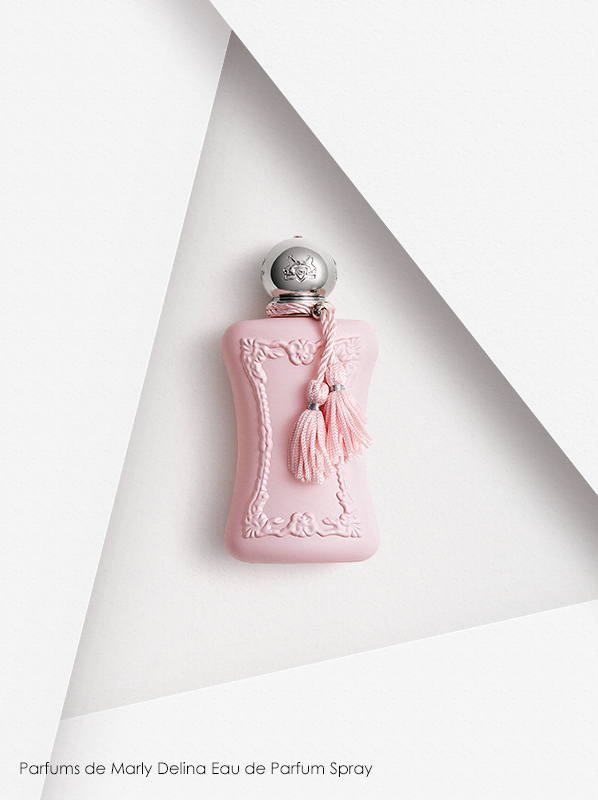 “For me, a Niche fragrance has to feel exclusive, distinctive and original. Luckily, I have found all three in a delicate pink bottle. Delina stands out! Not only because the bottle is elegant and pretty but because of the scent. Delina is not like your ordinary perfume; it’s a sensual, luxurious floral bouquet with a woody base. It smells classy, feminine and exclusive; Delina opens with bergamot, rhubarb, lychee. The middle notes are Turkish rose, lily of the valley and peony and as a base, it has vanilla, musk and cashmeran. Even though on paper, this looks like it would make for an overly fruity perfume, the rhubarb adds a thick richness to the roses, while, at the same time, the musk softens all the edges. None of the scents overtakes the others, and they all seem to blend well, creating a sophisticated and intoxicating perfume.”

7. 4160 Tuesdays Sexiest Scent On The Planet 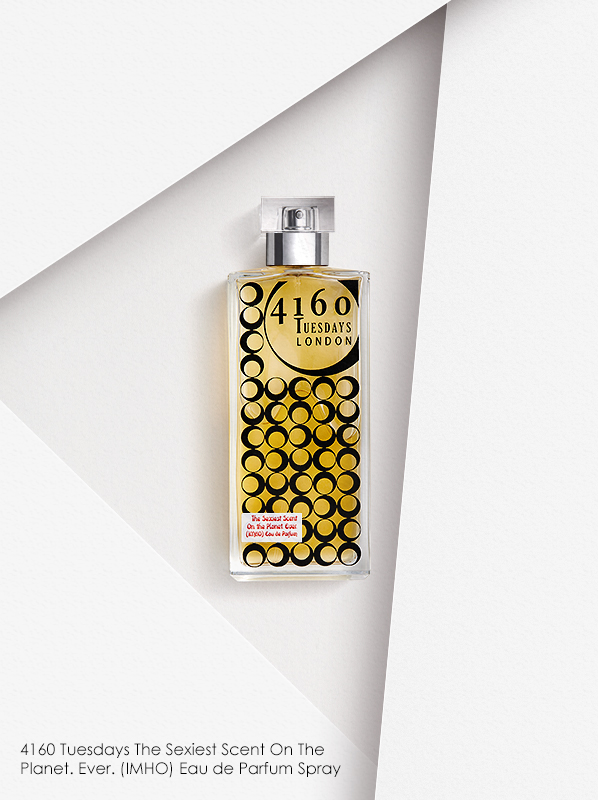 “Anything with vanilla in the base immediately peaks my attention. With 4160 Tuesday’s The Sexiest Scent on the Planet. Ever. (IMHO) it not only captured it but seduced it, hard. What adds to the sweet woody scent is that you have to be up close to smell it on someone, which not only captures the excitement this brings to the table, but it playfully entices you to smell it again and again. It’s a beautiful addition to anyone’s collection. As many niche fragrances do, it leaves a unique memory that imprints on the wearer and anyone close enough to enjoy it.” 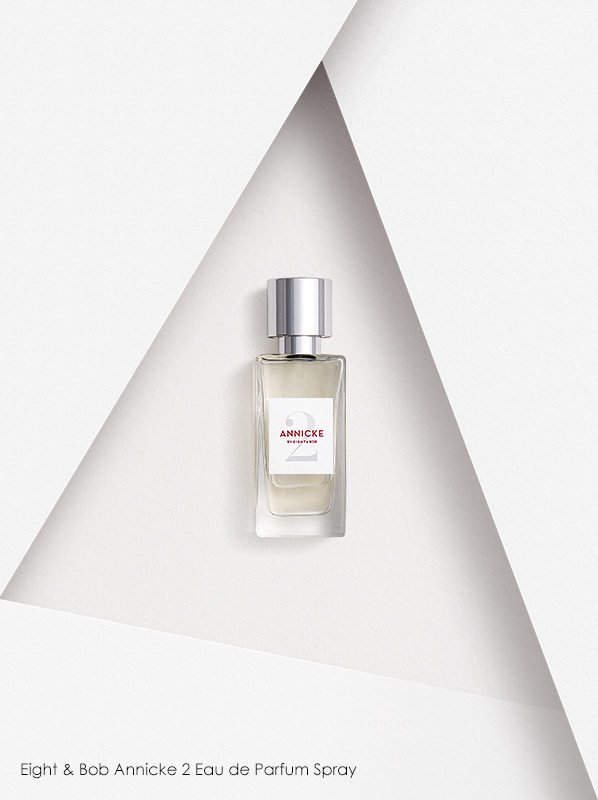 “Eight and Bob is a niche fragrance brand steeped in history and olfactory artefacts. Although you might know this niche brand for creating J F Kennedy’s signature scent, I want to put the spotlight on Annicke 2 – it’s my sensual, secret weapon, and I’m sure it will become yours too (if it isn’t already).

You know it’s true love when you fall in love with a fragrance blindly, and this discovery was an accident for me, so it was obviously meant to be. To put it best, Annicke 2 smells like a sun-drenched paradise; the creaminess of nuts and juiciness of figs remind me of an exotic Polynesia Island. On the contrary, it’s actually inspired by a desirable woman that Albert Fouquet met in the French Alps. Long-distance letters meant his fondness for her grew and grew, rumour has it, instead of gift jewellery he made her a new perfume every time they met. This one was for their second meet. How she must have felt receiving that gift is how I feel every day when I wear it; special, considered and desirable – I’m so lucky to have this in my collection.

Did you know? Albert and his assistant, Phillipe thought to name the brand Eight and Bob after JFK ordered eight fragrances for his friends and an extra one for bob.”

10 of the Best Niche Fragrances

THE MERCHANT OF VENICE

This entry was posted on Monday, February 1st, 2021 at 2:38 pm and is filed under Candy Perfume Boy, Fragrance, Tried & Tested. You can follow any responses to this entry through the RSS 2.0 feed. You can skip to the end and leave a response. Pinging is currently not allowed.