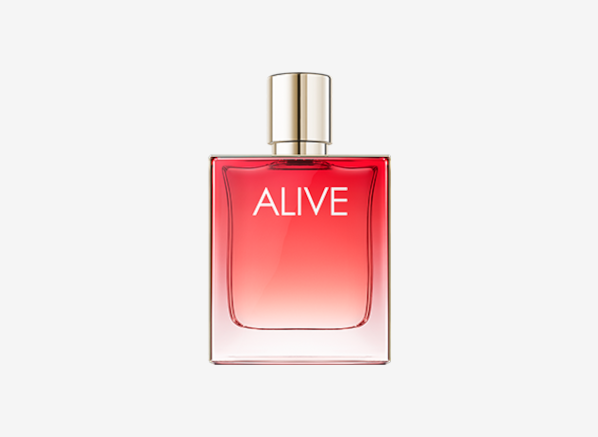 In 2020, Hugo Boss Alive Eau de Parfum was released, and it proved to be an instant favourite amongst fruity-woody perfume fans. The following year, an Eau de Toilette was added to the line and that proved to be just as much of a hit. For 2022, Hugo Boss Alive Intense Eau de Parfum joins the Alive fragrance collection, and I’m confident that it’s going to be just as much of a success as its predecessors. Read on to find out all about this bold woody-fruity ambery fragrance…

From the get-go, Alive Intense Eau de Parfum has a playful, positive energy as it bursts with fresh, juicy raspberry. Once the fragrance settles, it unveils a woody, slightly smoky edge as vetiver warms on your skin before a highly sensual vanilla-like benzoin note takes centre stage in the base, leaving a trail of confidence in your wake. 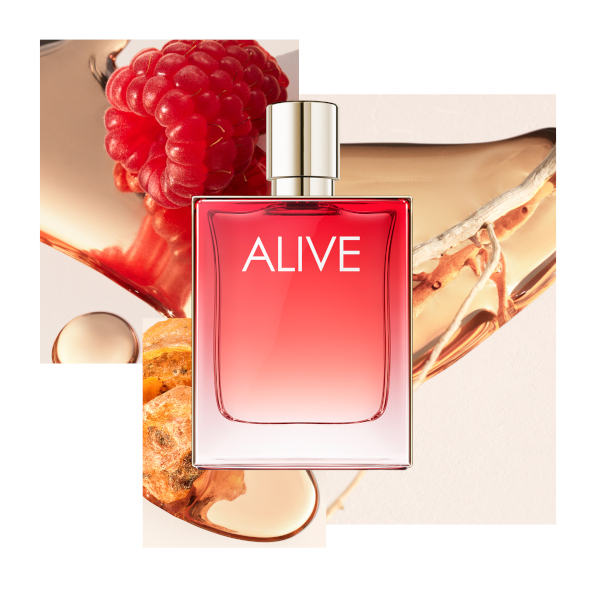 The story of Alive is apparent throughout the Intense version, but the narrative is heightened – just like the aroma itself. A powerful fragrance, Alive Intense has been created to reflect the lust for life and boldness of the BOSS woman. It’s made for individuals who are excited to step outside their comfort zone, helping to instil in you a positive energy and a sense of fearlessness every step of the way.

If you love fruity fragrances with an underlying warmth and an ever-increasing seductiveness, you’ll love Hugo Boss Alive Intense. It might be sweet and upbeat to begin with, but it has a cosy woodiness that you’re sure to get hooked on.

Out of the Hugo Boss Alive collection, the Intense version is closest to the original Eau de Parfum but it builds on the original and offers an exciting new spin on the signature. Like the other two fragrances, it has a clear vanillary woody presence with a seductive tone as it develops, but its raspberry top note makes the perfume stand out from the rest, adding a rose-like fruity sweetness to the signature. 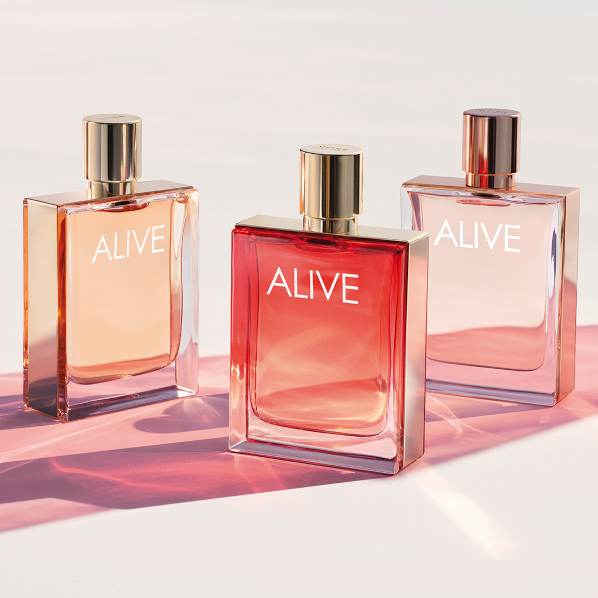 Alive Intense is presented as a female fragrance. I can see why as it has more of a traditionally female perfume style, especially due to its sweet, fresh raspberry note – but the main thing about any fragrance is that you enjoy wearing it, regardless of who it’s marketed at!

I was really impressed by just how long-lasting Alive Intense Eau de Parfum is. It lasted a good seven to eight hours on my skin.

The fragrance flacon honours the original Alive design, but it’s been given a vibrant raspberry pink makeover to encapsulate the passionate nature of the Boss Alive woman (and, of course, a nod to that juicy raspberry note within). Like the original, the bottle is wrapped in a strip of gold, which surrounds the glass flacon like a piece of jewellery.

Discover The Fragrance In More Detail…

Keen to find out more about Alive Intense? Myself and three other Team Escentual members put it to the test for one month. Watch along to find out why we were so keen to try it and what we thought of the fragrance after 30 days…

Why We’re Excited About Alive Intense:

This entry was posted on Friday, June 10th, 2022 at 9:49 am and is filed under Fragrance, Fragrance Review. You can follow any responses to this entry through the RSS 2.0 feed. You can skip to the end and leave a response. Pinging is currently not allowed.

@escentual Did you know that we're a Cardiff based premium beauty retailer? 🏴󠁧󠁢󠁷󠁬󠁳󠁿
1 hour, 39 minutes ago • reply • retweet • favourite