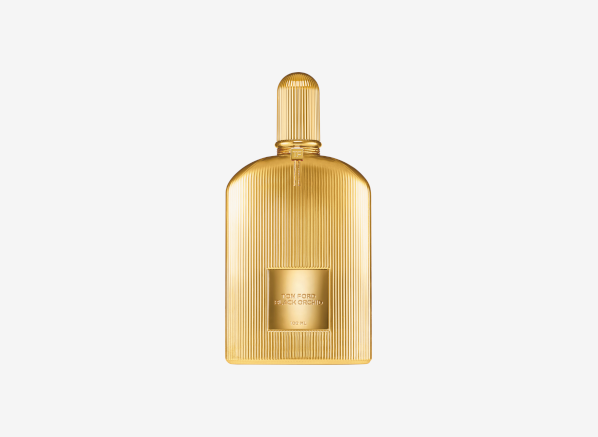 Black Orchid Parfum celebrates Tom Ford’s first-ever fragrance: Black Orchid Eau de Parfum. But this is a booze-filled celebration of the cult-status scent, which takes the original to another level. If you love the icon but want more richness, you need to get your hands on Black Orchid Parfum. Read on to find out why…

For the Parfum, Tom Ford has taken his legendary 2006 Black Orchid scent and doused it in a bottle of rum and added the exotic, custardy floral note of ylang-ylang. The result? A scent that feels even richer and – in my view – even more luxurious than its predecessor.

Fans of the original will be glad to see that the rich, earthy black truffle is back. This time around, Tom Ford ditches the bergamot in favour of ylang-ylang, an exotic floral that ramps up the luxury and the creaminess. Of course, it wouldn’t be Black Orchid without Tom Ford’s exclusive black orchid, a rare, precious, elusive flower that sits along sensual black plum. The scent features another new addition as a warming tipple of rum infuses Tom Ford’s dark potion as it blends with patchouli.

First released in 2006, Black Orchid Eau de Parfum marked Tom Ford’s introduction into the world of beauty. Over a decade after its release, the Parfum was introduced to celebrate the original but also offer die-hard Black Orchid something new.

I’m glad to see that the thing that made Black Orchid different in the first place – the black orchid note – is back. But it would be wrong if it wasn’t; it epitomises Tom Ford’s perfume excellence. The note was created as Tom Ford desired a dark floral note that was elusive, desirable and luxurious. He wanted a black orchid. As no such flower existed, he worked with a Californian nursery to cultivate one. This showcases Tom Ford’s attention to detail, which is reflected in everything he does. You can find out more about the man behind the brand and his fragrance journey with our guide to Tom Ford: 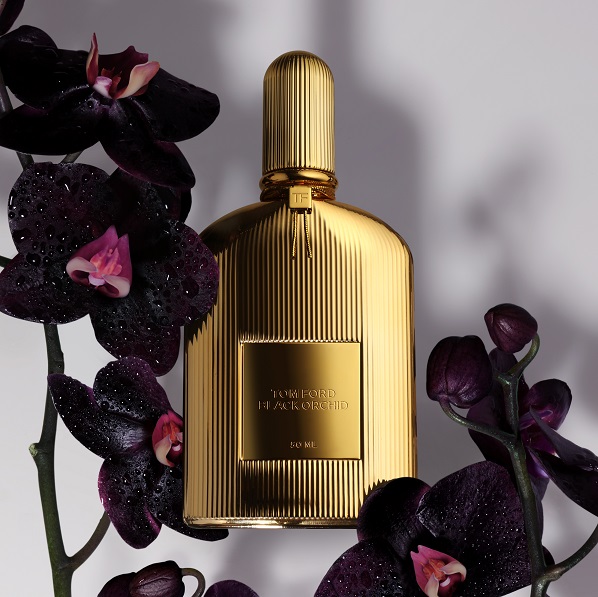 If you’re already obsessed with the rich, heavy dark floral amber tones of Black Orchid, you’ll love the Parfum version. In my view, it’s a great one to switch in for the winter months or an evening if you normally wear Black Orchid EDP as it offers a little more warmth and luxury.

This is pretty obvious; it’s similar to the original Eau de Parfum. However, Black Orchid Parfum is intensified; it’s darker, deeper, richer. If the original is a pure black orchid standing tall amongst the foliage, the Parfum hides this stunning floral away in twisted, knotted weeds to ramp up the mystery – and make the flower just that little bit more elusive.

Black Orchid was originally created for women, but men loved it just as much. As a result, the Parfum has been created to appeal to all genders.

As this is a Parfum concentration, it generally offers greater longevity than Tom Ford Black Orchid Eau de Parfum. It lasts an average of six to nine hours.

If you’re familiar with the cult-status Black Orchid Eau de Parfum, you’ll know that the bottle is dressed in a glossy black and finished with touches of gold on the label and necktie. Well, Black Orchid Parfum takes those hints of gold to a whole new level – the entire bottle is dressed in gold and held in a shiny gold box. It’s ultra-luxe. It still features the same ribbed finish, art deco-inspired Black Orchid bottle and hand-tied cord. So, if you’ve ever wondered, ‘what’s the difference between the gold and black Tom Ford Black Orchid?’, now you know!

This entry was posted on Monday, November 14th, 2022 at 8:15 am and is filed under Fragrance, Fragrance Review. You can follow any responses to this entry through the RSS 2.0 feed. You can skip to the end and leave a response. Pinging is currently not allowed.

@escentual RT @bareMineralsUK: @cb478cb Hi CB, due to global supply chain shortages some items may be temporarily out of stock on our website. Luckily…
16 hours, 4 minutes ago • reply • retweet • favourite

@escentual Obsessed with #newbeauty? Catch up on our Instagram LIVE to hear the latest launches and upcoming #offers... LIVE… https://t.co/uy3cj1aBGV
1 day, 18 hours ago • reply • retweet • favourite